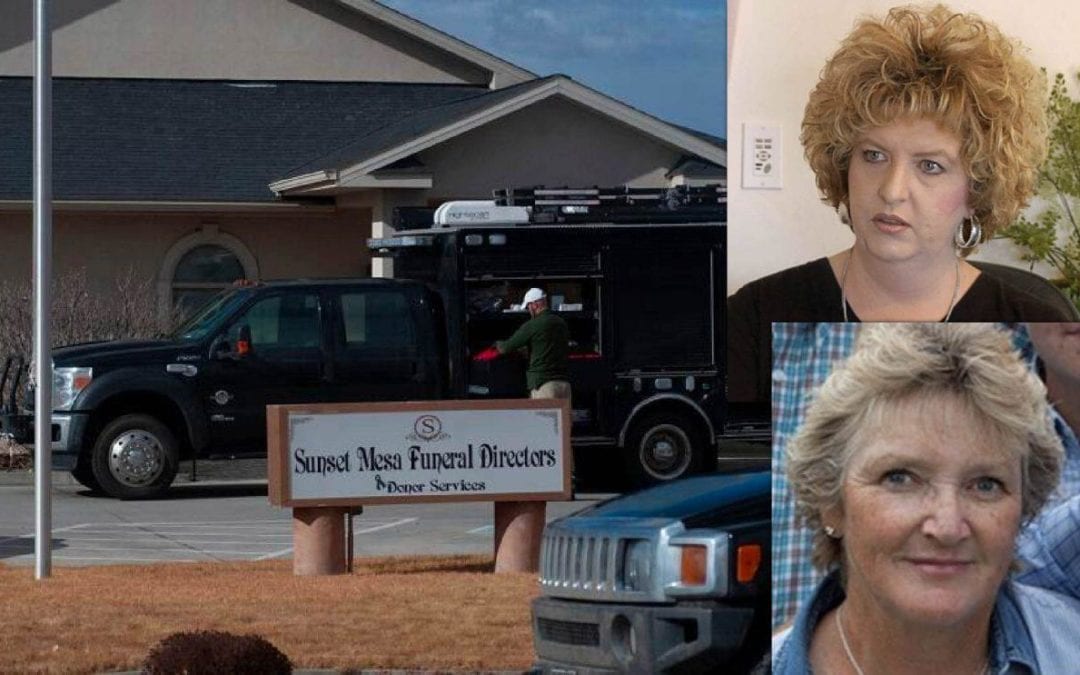 On the list of horrific things to do in your lifetime, what this mother and daughter team did to grieving families would have to be at the very top of the list.

A Colorado family-owned funeral home has been dealing in “black market dead bodies” for a decade or more.

The mother and daughter team would sell the bodies out the backdoor to medical professionals and scientists, pocket the cash, and then give unsuspecting families “fake” remains.

After secretly selling off the body of the family’s loved one, the duo would handover the cremated remains of an entirely unrelated person.

Horrific. The good news is that these two ghoulish women each face 138 years in prison.

Hess and her mother now face 135 years in prison each. According to authorities, they made hundreds of thousands of dollars selling off bodies and then lying to families about the fate of their loved ones’ remains.

This began soon after Hess and Koch opened the Sunset Mesa Funeral Home in 2009 and then started a nonprofit donor services business out of the same venue.

On March 17, the unsealed indictment revealed that this donor services business would harvest the human remains and then sell them, illegally and without the families’ knowledge. Buyers ranged from educators and scientists to individuals in the medical industry.

According to Insider, Hess and Koch simply lied to families and sold off entire corpses — or individual heads, torsos, arms, and legs — with no one being the wiser.

They would even give families cremated remains that supposedly came from their loved one but in fact came from another person entirely: “Hess and Koch also delivered cremains [cremated remains] to families with the representation that the cremains were that of the deceased when, frequently, that was not the case.” [AllThatisInteresting]

You can watch a report on this grisly story below:

The report goes on to say that the two evil women ran this scheme from 2010 to 2018 and they made hundreds of thousands of dollars.

And their scheme made it so that they could offer lower  “cremation” prices than their competitors so the bodies just kept rolling in.

How do you get most of your news?

By completing the poll, you agree to receive emails from WayneDupree.com and that you’ve read and agree to our privacy policy and legal statement.

One year, the two made so much money yanking gold teeth from the bodies that they took the whole family to Disneyland.

I honestly hope they throw the book at these two.

Lock them up and never allow them to see the light of day again.

Attn: Wayne Dupree is a free speech champion who works tirelessly to bring you news that the mainstream media ignores. But he needs your support in order to keep delivering quality, independent journalism. You can make a huge impact in the war against fake news by pledging as little as $5 per month. Please click here Patreon.com/WDShow to help Wayne battle the fake news media.