Video: Congressman responds to Biden’s gun confiscation plans: ‘If you want to take AR-15s, start with mine’ 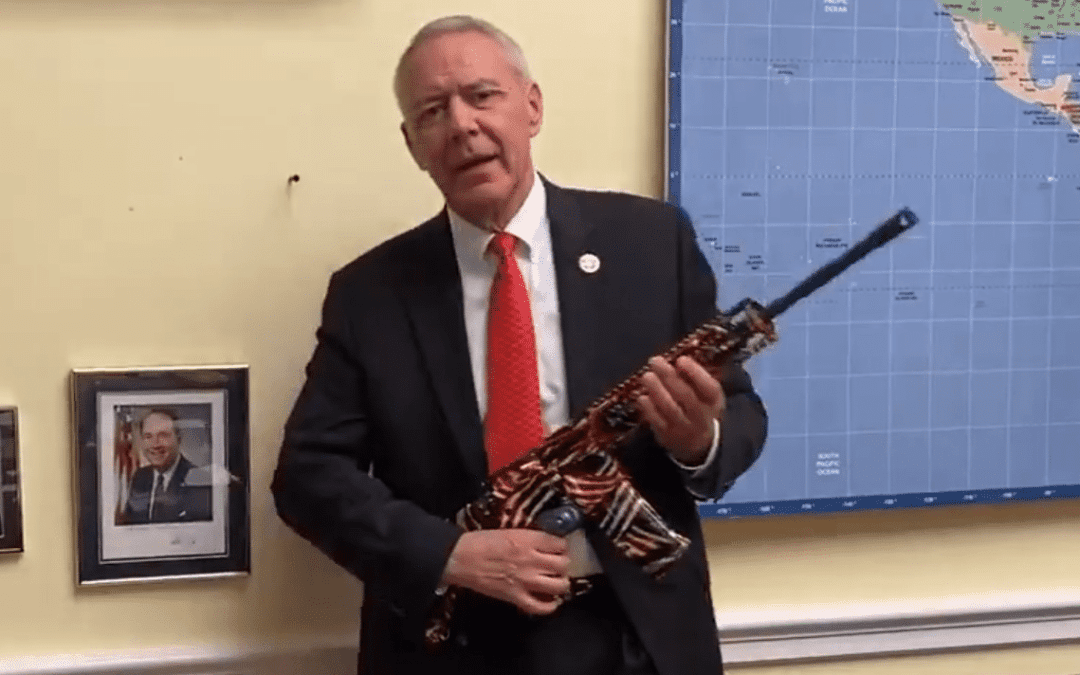 Buck shared a video taken inside his office in which he addressed Biden and O’Rourke by name and said, “if you want to take everyone’s AR-15s, why don’t you swing by my office in Washington, D.C. and start with this one?”

“Come take it,” Buck said, after pulling the rifle from his office wall and brandishing it.

Buck’s Twitter post went viral with thousands of likes and retweets Friday, as well as thousands of comments on his post, and more than three million video views. Buck received much criticism for the video, as many Twitter commenters accused him of threatening violence against Biden and O’Rourke.

O’Rourke gained media attention early in the Democratic primaries when he proposed “mandatory buybacks” for popular semi automatic rifles like the AR-15 and said those who did not comply with such buybacks would see confiscatory visits by law enforcement officers.

O’Rourke dropped out earlier on in the Democratic primary race but recently endorsed Biden ahead of the Super Tuesday primaries. During a campaign rally this week, Biden welcomed O’Rourke’s endorsement and said O’Rourke is “going to take care of the gun problem with me,” adding that O’Rourke would be “the one who leads this effort.”

Biden’s new comments appeared to indicate he had aligned himself with O’Rourke’s ideas on gun control and had selected the former candidate as a potential policy leader on the issue, should he win the 2020 election.

In another joint appearance, Biden and O’Rourke appeared to discuss gun control over dinner.

“This guy can change the face of what we do with regard to guns, ‘assault weapons,’ in regard to dealing with climate change,” Biden said of O’Rourke as the two sat for a meal together. “And I just want to warn [O’Rourke’s wife, Amy O’Rourke], if I win, I’m coming for them.”

Buck’s latest comments are not the first time gun rights proponents have challenged O’Rourke’s gun control proposals. A Texas lawmaker made controversial comments in September when he tweeted “my AR is ready for you.”

An Arizona gun store also held a flash “Beto Special” sale and reportedly sold out their stock of AR-15s in a matter of hours, after O’Rourke first indicated his support for their confiscation.