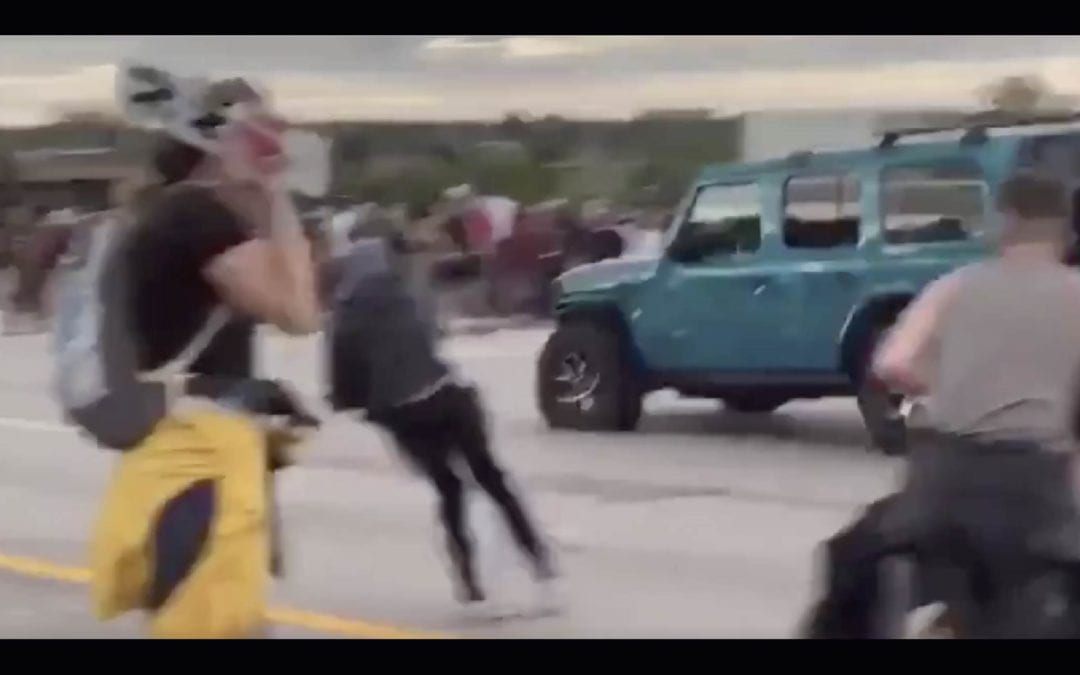 This is the third “BLM shooting” story I’ve covered in less than 24 hours, there’s a definitely a “shift” and an “escalation” happening.

I this case, a Colorado BML rioter opened fire on a car trying to pass through the protest and accidentally shot a fellow communist.

The Aurora Police Department said the protester who was shot was taken to a local hospital.

Do you believe we’re in a “Spiritual War” right now in America?

Yes, this battle is good vs evil
No, this is strictly a political ideology battle
By completing the poll, you agree to receive emails from WayneDupree.com and that you’ve read and agree to our privacy policy and legal statement.

Here’s what police tweeted: “While the protestors were walking on I-225, a vehicle decided to drive through the crowd. A protestor decided to fire off a weapon, striking at least 1 other protestor. They were transported to the hospital in stable condition.”

#APDAlert While the protestors were walking on I-225, a vehicle decided to drive through the crowd. A protestor decided to fire off a weapon, striking at least 1 other protestor. They were transported to the hospital in stable condition.

These cops in liberal cities are worthless.

The Aurora Police Department towed the car and are investigating the incident.

Independent journalist Brett MacDonald tweeted out a video of the incident.

Brett notes that the jeep was driving down an “open lane,” and the flat tire that you see appears to have been done previously by the mob, not by the gunshots.

You can watch the video below:

You can definitely feel the “escalation” happening, and don’t think this isn’t by design.

The point of all of this chaos and rioting is not to break a few windows or burn a few cop cars…It’s to start a civil war before the 2020 election.

Attn: Wayne Dupree is a free speech champion who works tirelessly to bring you news that the mainstream media ignores. But he needs your support in order to keep delivering quality, independent journalism. You can make a huge impact in the war against fake news by pledging as little as $5 per month. Please click here Patreon.com/WDShow to help Wayne battle the fake news media.