Victims of crimes in Colorado get vastly different level of services depending on race, report finds 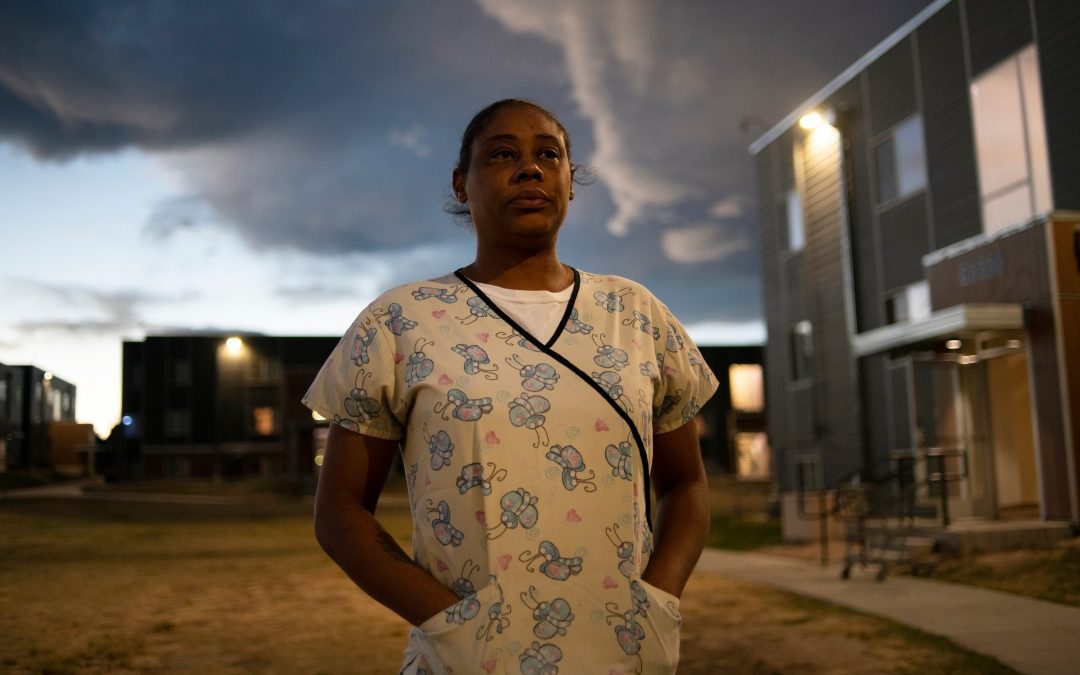 Five people were killed in Denver during the first six days of July 2020, including 19-year-old Tayvion Washington, who was hit multiple times in a drive-by shooting near a library in northeast Denver.

Since his death on July 6, Washington’s mother, Saundra Kay Huggins, said she has never been able to reach the Denver Police Department detective working on her son’s case, and she has received little information from the Denver District Attorney’s Office about the court proceedings so far.

“My son has been gone almost two years,” Huggins said Wednesday. “I just need to know what’s going on with this case.”

Huggins’ experience is not unique, according to a report released this week by the Colorado Criminal Justice Reform Coalition. The report examines inequitable distribution of funding for victim services across Colorado and explains how that’s leading to unequal access for people of color needing help from the victim services sector.

Victim’s advocates are often the first point of contact for people who have experienced a crime. When Denver police show up to begin their investigation, an advocate from their department is there to help support crime victims. Once the case moves from the police investigation to the criminal courts, the District Attorney’s Office assigns its own victim’s advocate to take over and guide victims through the judicial process.

Huggins, a mother of three living in Commerce City, said she’s still reeling from the death of her son, who had graduated from high school just before he died, and her struggle to get law enforcement officials to keep her informed about their investigation is compounding her pain.

“It’s been frustrating and I don’t really know all the services that I can get,” she said. “It just feels like they don’t care, like it’s just another (Black person) gone,” she said of law enforcement officials.

A Denver police spokesman and a Denver DA’s spokeswoman would not comment about Huggins’ concerns, citing the ongoing investigation into her son’s death.

Victims advocates have said, for decades, people of color do not have the same access to victim services compared to white victims of crime. The new report echoes those concerns, and says staff and decision-makers at victim services organizations in the state don’t reflect the composition of the communities they serve. Authors of the report said money for victim services in Colorado is not equitably allocated and the funding model needs to change in order to serve victims of color equally.

People of color are substantially underrepresented in leadership roles at victim services organizations and they’re also underrepresented in the number of victims served by the two organizations that receive 99% of state and federal funding for services delivered to victims across Colorado: the Office of Victims Programs and the Domestic Violence Program. In other words, victim services leaders are mostly white at the organizations receiving the most funding and the victims they’re serving are disproportionately white.

A grant program created in 2018 to fund community-based programs to serve marginalized victims is led mostly by people of color and primarily serves victims of color, but receives 1% of statefunding available to serve crime victims statewide.

Less than 15% of organizations funded by domestic violence and victims organizations have an executive director of color, according to the report.

The Office for Victim Programs and the Domestic Violence Program served more than 141,000 victims in 2019. For about 20% of victims, race and ethnicity were not tracked. But of those tracked, 57% identified as white, 25% identified as Latin American or Hispanic, and 8% identified as Black or African American.

The report links a lack of diversity among staff at victim services organizations to unequal outcomes for victims of color who are at a much higher risk of experiencing violence compared to white victims of crime, according to the report.

Victim service administrators said the number of victims they served aligned with state census data. For example, the percentage of Latinos they served matched the percentage of Latinos in the state, and that those numbers showed they were serving victims equally. However, authors of the report said that approach ignores victims of color, who are at a higher risk for experiencing violence.

Authors of the report said it’s essential that state agencies address their funding processes to ensure communities that experience violence at the highest rates can access resources.

Researchers are correct to caution the use of census data to determine whether victim services leaders are providing services equitably, said Brenden Beck, assistant professor of sociology at the University of Colorado Denver.

Authors of the report did not use this calculation. Instead, they compared national data from the Center for Victim Research showing how likely a person of each race or ethnicity is to experience violence. They did not use Colorado numbers, Beck said.

Beck and his research assistant did a separate analysis, using statewide data from the National Incident-Based Reporting System run by the FBI, which aggregates data from about 3,000 police departments nationwide to determine the racial makeup of victims who experienced violence in 2019, the most recent data available, he said.

Then they parsed the crime victim data in Colorado and compared it to the victims served by the domestic violence office and the crime victims office. He found that the victims office is serving white, Native American, Asian and Hispanic victims at almost, or exactly the same rate that they suffer violence in the state, meaning those groups are receiving services adequately, he said.

But “it’s a different story with Black victims,” he said. “Fifteen percent of victims of violence are Black in Colorado, but only 8% of OVP clients are Black, representing a stark disparity.”

However white and Hispanic people make up a disproportionate number of clients served compared to Black and Native American victims served, he said.

“It might have to do with discrimination, both implicit and explicit, on the part of staff members,” he added. “But of course, there’s also more structural factors. We know that Black people are systematically excluded from housing markets and access to public transportation and access to fresh food. So any sort of service — be it victim services, or health care, or you name it — we would expect there to be disparities.”

But authors of the report defended their decision not to use law enforcement data.

“If you’re relying on law enforcement data to tell the story about who’s a victim of a crime, that’s already super biased, because we know most people don’t even report their crimes,” said Tomei Kuehl, researcher, writer and conductor of interviews and focus groups for the report.

“What we are challenging is the equity around funding allocation for the service provision,” said Juston Cooper, deputy director for the Colorado Criminal Justice Reform Coalition. “That’s our primary challenge.”

In his advocacy work, Cooper said he often sees the law enforcement officials focusing on a victim’s lack of understanding of the victim services system when the focus should instead be on the system, and its responsibility to ensure crime victims are adequately served.

“Our emphasis is on the system and not the individual,” he said.

The report offers a long list of recommendations, which includes: increasing state funding for victim services to close the equity gap. State agencies should be required to implement an equitable community engagement process to ensure proper outreach ahead of new funding announcements. State leaders should create more opportunities for people of color to participate in decision making and should begin collecting and publicly reporting data about race and ethnicity to create a fairer system of funding in victim services.

Staff of color interviewed said victim services agencies should operate separately from law enforcement and district attorney’s offices given the mistrust of communities of color within the criminal legal system. Integrating victim services within these agencies creates a barrier to survivors of color, the report states.Authors of the report also recommended creating an independent Equity Oversight Committee, which would review policies, practices, and programming for the three state agencies administering funding for victim services. The committee, if formed, would report to the General Assembly, including the Joint Budget Committee.