Veterans getting attention they deserve at the Colorado Capitol | Joey Bunch 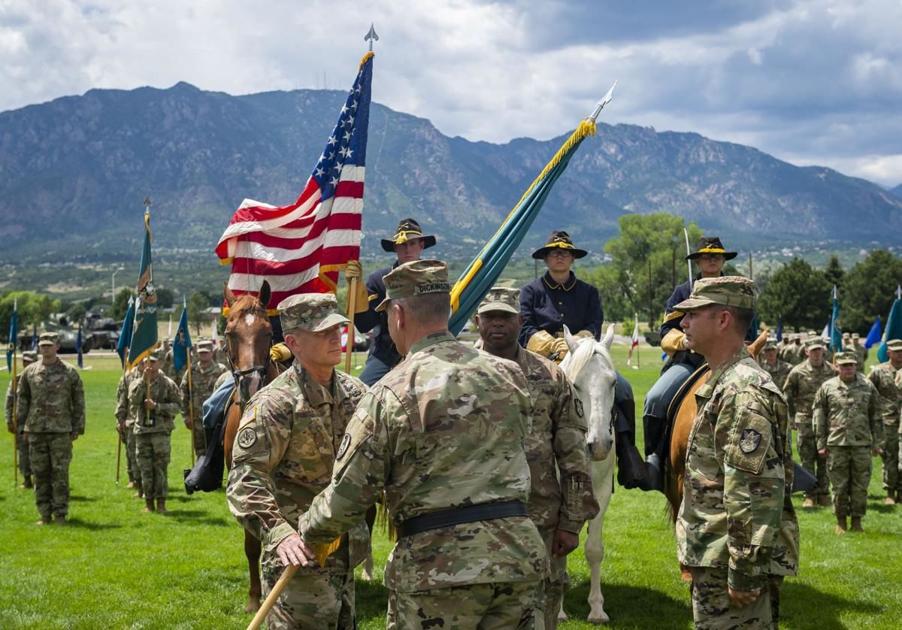 Americans owe a large debt we can never repay, besides the national debt. At the Colorado Capitol, at least a few are trying to cover some of the costs of service.

My friend Leroy Garcia is the president of the Colorado Senate, but he’s also someone I admire for his military service, a commitment to others that followed him into a career saving lives on an ambulance on the road to becoming a state senator for Pueblo.

He’s a guy who steps up.

In the Marines, Leroy was a mortuary affairs specialist, whose service included the battlefields of Iraq when fighting started in 2003. That’s the government’s way of saying he collected the bodies of heroes who died in the line of duty and making the arrangements to get them back to their family.

That’s not work anybody could do and not see ghosts in their dreams.

This session, he’s trying to create a pilot program to reduce the state’s rate of suicides among veterans. Senate Bill 129 would task the Colorado Department of Human Services to work with established nonprofit organizations to offer free counseling for post-9/11 veterans and their families.

The $3 million pilot program would start in El Paso County, home to the state’s largest concentration of veterans, and grow statewide from there.

Preventing any suicide is a moral imperative. Preventing veteran suicides is a small down payment on freedom. They should be able to count on society as much as society counts on them. It should be that simple, but it clearly isn’t.

Veterans make up an estimated 9% of Colorado’s homeless population. In 2019, Colorado veterans averaged 43 suicides per 100,000 in overall population, compared to a national average of 32.

Across the country, the suicide rate among veterans rose almost 50% from 2007 to 2017, according to the Department of Defense’s the National Veteran Suicide Prevention’s 2019 annual report.

This bill is headed to the governor’s desk with velocity, in part because it has Garcia’s name on it, but in larger part because it’s the right thing to do.

When soldiers come home from war or just breaking from the structured regimen of military life, they are embraced by their community as heroes, “yellow ribbons on every tree,” the Senate president recalled of his return from Iraq. But as that fades over time, anguish and sorrow create a void too often filled in destructive ways. Military life and death can try the soul as much as the body.

“People just forget them,” Garcia said of veterans after their parade.

He cared for the bodies of his brothers in arms killed in Iraq. He doesn’t want to see more of them suffering on the streets of Colorado, if he can help it.

“We, as a state, can do a lot more,” he told me. “Yeah, for me it’s personal, but I also want us as a state to have a legacy of taking care of those who defend our nation.”

Garcia said the fading appreciation of veterans might be a reason the military has a harder time attracting recruits. His son is a cadet at the U.S. Air Force Academy, coincidentally. “He did it all himself,” his proud pop said.

Two days before Garcia deployed his bill, state Sen. Kerry Donovan was making a similar case for a mobile veterans crisis program to the same committee, and, like Garcia, she found unanimous support.

Duty to veterans is personal to her, too. She shares a birthday in October with her grandfather, Bill Mounsey, 60 years apart to the day. He was a 10th Mountain Ranger who trained at Camp Hale in the boonies between Leadville and Vail.

He fought mostly in the jungles of the Pacific Theater. The senator recalled family camping trips to the desert. When the sun went down, her grandfather would sometimes tell dark stories about the war around the campfire.

They didn’t call it post-traumatic stress disorder back then. Soldiers who couldn’t adjust back to normal life were called shell-shocked. In the Civil War they called it feeble will.

Senate Bill 32 would create a grant program to create mobile support units to go to where veterans are having trouble, on the streets, in the mountains or on the plains, to get them help, be it supplies to get by or a ride to the professional help they need, including to find a good job.

The bill is carried in the House by Rep. David Ortiz, a Democrat from Littleton. He will carry it to the governor’s desk in a wheelchair, a constant reminder of June 21, 2012, when the engine failed on the Army aviator’s Kiowa Warrior helicopter during a mission in southeastern Afghanistan.

After Polis signs it, put me down for one of those donations.

It’s not the most we can do.

The National Suicide Prevention Lifeline and Veterans Crisis Line can be reached at 1-800-273-8255 or over chat.