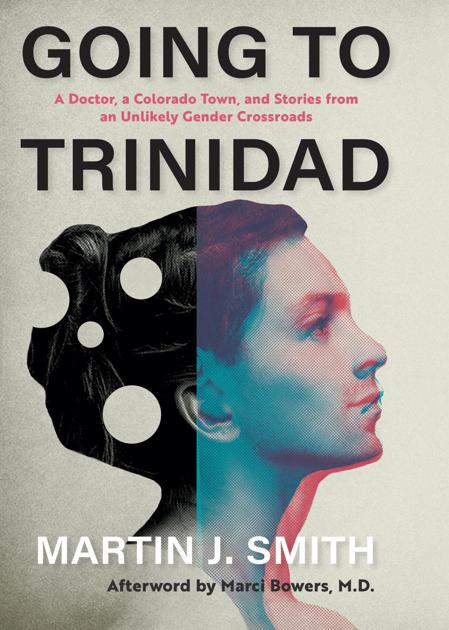 It was her subtle way of telling the family who she was: a transgender woman. And it was Smith’s first experience with someone transitioning from one gender identity to another.

“That was fascinating to me,” he said. “I sort of tucked that away in the back of my mind.”

Flash forward to 2015, when the veteran journalist and author moved from California to Granby, with his wife. Smith had built an impressive career as a reporter and magazine editor. He’d written several novels, including a collection of essays about the American Southwest, a book about competitive duck painting and several crime mysteries.

In his new home in Colorado, Smith started hearing about this small town called Trinidad and its history as the world’s “sex-change capital.”

“Learning about Trinidad was revolutionary to me as an outsider,” Smith said. “A lot of people know about it in Colorado. To me, it was all new.”

The topic, again, sparked curiosity for him. And he could smell a good story.

“I was always mystified by the transgender journey and never felt like I understood it,” he said.

So he set out to understand it.

The result is “Going to Trinidad: A Doctor, a Colorado Town, and Stories From an Unlikely Gender Crossroads.” The book comes out Thursday, April 15.

While much has been written about Trinidad over the years, Smith wanted to dive deeper.

“Outside of Colorado, that story isn’t very well known,” Smith said. “Nobody had tried to write that story from beginning to end.”

And, as he said, there’s a specific beginning and end. It starts in 1969, when Dr. Stanley Biber started performing gender-confirmation surgeries in Trinidad, making the small town an unlikely destination for the transgender community. And it ended 41 years later when Biber’s protege Dr. Marci Bowers moved her practice to California.

Smith spent nearly two years researching that “nearly forgotten chapter” in history, during which Biber and Bowers performed 6,000 gender-confirmation surgeries. Smith didn’t want to just write a historic account, though. He wanted to tell the personal stories behind that time, too.

That’s why he focused on the stories of two transgender people, their experiences and feelings through the transition.

Smith said his book isn’t taking a stance on the ideology of gender identity.

“This is a way to pick up a book about the transgender experience in a nonthreatening way,” he said.

But he does hope the book shows that transgender people are multidimensional.

“A lot of people don’t want to understand it and just see them as cartoon characters,” he said. “My goal was to make it impossible to look at transgender men and women as that superficial.”

Along the way, Smith got a lot of his questions answered.

“I grew up in a world where gender was a binary thing,” Smith, 64, said. “That’s how we understood gender. Now we understand it’s a spectrum.”

“I learned a lot,” he added. “I tried to approach it with humility. I don’t pretend to know this experience.”

Now, he knows more about it. And hopes others will learn from that.