Venus flytrap, carnivorous plants: How to find, grow & care for in Colorado 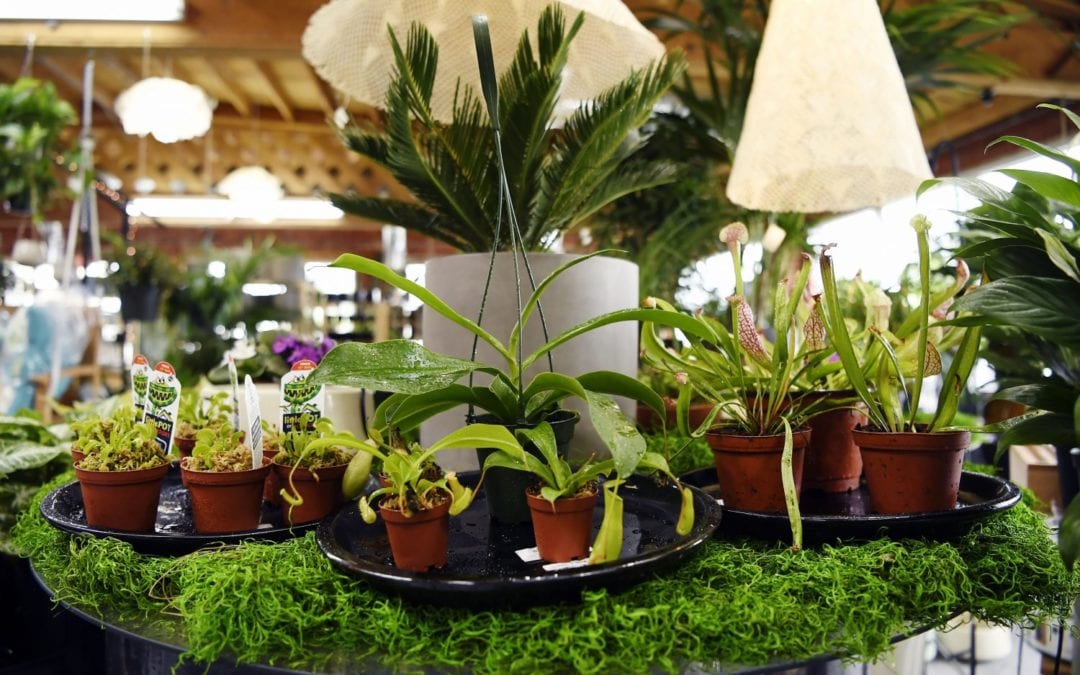 Many people have a gleeful fascination with carnivorous plants, be that a Venus flytrap, pitcher plant, monkey cup or sundew. There’s something mysterious and exciting about a silent organism that can catch and digest an insect, and shoppers are now adding this flora to their pandemic plant collections.

“I definitely see an uptick in general where all house plants are popular, but with carnivorous plants there has always been an interest,” said Colette Haskell, a horticulturist for Nick’s Garden Center in Aurora. “Mostly it’s the novelty of it, and kids in particular want to see something get eaten because, well they are kids.”

But just because these plants can feed themselves, that doesn’t mean owning a carnivorous plant is easy in Colorado’s arid climate. Still, despite the difficulty keeping these creatures hydrated and alive, more and more people have been drawn to them. Right now, garden centers and specialty shops continue to stock these plants in order to keep up with demand. And, with a little knowledge and help from local, experienced plant growers and providers, getting in on the carnivorous plant game just got a little easier.

What kind of carnivorous plants can I buy in Colorado?

Many people recognize the Venus flytrap right away, but it’s not the only carnivorous plant that’s easy to buy. There are around 1,000 species and sub-species of carnivorous plants, all coming from humid, boggy and areas with sparse vegetation.

“They are native to areas that are low nutrients in the soil, so they adapted their diets to eat insects,” said Tamara Kilbane, curator of Aquatic Collections at the Denver Botanic Gardens. “It’s a cool example of how plants can adapt to survive.”

Even Colorado has some native species, the Roundleaf Sundew, the Greater Bladderwort and the Lesser Bladderwort. Not that it’s easy to find them, and the latter two grow in subalpine ponds and all are rare and often overlooked.

While getting actual native carnivorous plants proves difficult, sourcing others isn’t so hard. In general, the types you can buy in a shop or online vary from sundews to pitcher plants to monkey cups, and of course, the Venus flytrap. Many of the varieties have more species within the genus, which give each plant individual characteristics.

“It’s definitely been a fun thing to get into and it seems like house plants right now are more popular than ever,” said Harris. “It seems with COVID and people being stuck where they are, I have never seen more interest in carnivorous plants.”

As for the aforementioned Venus flytrap, it’s the only carnivorous plant that doesn’t have other species. There is only one type, and it grows in North Carolina and South Carolina. It’s also the easiest to find in commercial settings and is one of the only plants that are quick-moving when feeding. Though, despite its popularity (or maybe because of it), the Venus flytrap population has dwindled significantly.

How do carnivorous plants work?

Unlike Audrey II, the massive flesh-eating plant in Little Shop of Horrors, you don’t need to feed these bug-munching plants; they draw in and collect food all on their own. Each has a different way of killing and consuming the insects, though all use a sweet-smelling nectar to draw bugs in and have digestive enzymes that get triggered once the bug is trapped.

A Venus flytrap, from the family Droseraceae, will lure the fly to its open “mouth” where the movement is triggered by small hairs inside. The plant then uses the long, fang-like appendages to trap the fly, not unlike a jail cell. The leaves snap shut about 30 seconds after the insect lands on the pad, one of the quickest reaction times of all the carnivorous plants.

Don’t worry, “There’s no need to fear them,” said Kilbane.”We bring flytraps out when we have free days [at the Botanic Gardens] and let kids and adults alike activate the plants, they could clamp on to your finger and it wouldn’t hurt.”

From the same family comes sundews, which behave totally differently. The jewel-like beads of nectar balanced on the end of long hairs draw the creature to feed, and then it becomes stuck as more of the hairs bend to hug the squirming body. Slowly the plant curls the tentacle in to absorb the nutrients and in essence, eat the bug.

Monkey cups and pitcher plants both use little jugs of secretion to tempt prey. The pitcher plant, which has hundreds of species and hails from the families Nepenthaceaeand Sarraceniaceae, stands up, like a carafe placed in a pot, and tends to be longer than a monkey cup. The monkey cup plant, from the family Nepenthaceae, has the little jugs hanging down from the leaves. Both get filled with this insect-drawing liquid and once the creature goes into the cavity, it is trapped and dissolves in the fluid.

Bladderwort, in the family Lentibulariaceae, has about 220 species all with little flowers on top. It’s an aquatic plant that uses little hollow sacks on the roots under the water to draw liquid in, trapping the bugs and then digesting them.

“Each plant will have hundreds of bladders that create a vacuum on either side,” explained Harris. “One side is a trap door that sucks in all the water [and tiny water creatures] and closes. It’s instantaneous and each trap can trap dozens of water insects.”

How to take care of carnivorous plants

First thing, said Haskell, don’t take the plastic dome off your Venus flytrap. Second, carnivorous plants don’t like fertilizer, they come from nitrogen-poor areas and the soil that makes other plants thrive will not work for these plants.

“When people think their carnivorous plants are dying they think they need to give it some Miracle Grow, but then they really kill it,” said Haskell, who has hundreds of her own house plants at home. “It’s pretty dry in Colorado, so we encourage people to keep them in terrariums since a lot die on people because they don’t realize you can’t have them out in open air.”

Aside from a terrarium, to help give a carnivorous plant moisture, Kilbane suggests using the tray method when planting. This involves a dish of distilled water under the plant’s pot, so it’s constantly getting a bit of humidity. Make sure to only use distilled water. Regular tap or even bottled water has too many minerals in it, which can kill most carnivorous plants.

All carnivorous plants grow in bright, humid areas without a lot of other plants to provided shade. They like poor soil and get most of their nutrients from the bugs that are caught, as well as lots of sunlight. But, one may wonder, how will my Venus flytrap get a fly if it’s inside a terrarium? They probably won’t, but while the bugs provide food for the plants, they aren’t necessary for its survival.

“They could go their entire existence without eating insects since they photosynthesize like other plants,” Harris said. “The insect helps it out-compete other plants that don’t have that resource.”

Yes, added Haskell, you can feed a carnivorous plant. Just make sure to capture live flies or small insects, otherwise the mechanisms used to sense prey won’t be triggered and your bug-hunting will be for naught.

Where to buy (or see) carnivorous plants in Colorado

Before you buy, get a sense of what these plants look like by visiting the Denver Botanic Gardens. There are around 12 that are displayed in grand terrariums sporadically through the year. This includes the Giant Fork-Leaved Sundew, Red Mexican Butterwort, Hardy Pitcher Plant, Spoonleaf Sundew, Venus flytrap and many more. Find the first terrarium when you enter the Orangery from Marnie’s Pavilion. And if you want to buy one, look for these types at the annual spring plant sale next year.

Some independent local shops also carry good bug-catching carnivorous plants and offer a side of education when you purchase. These types of plants can be found easily online and often, commercial garden centers carry at least one type, usually the Venus flytrap. As with all growing things, it’s best to call ahead to make sure there are still carnivorous plants in stock before you venture forth.

This 35-year-old plant shop often carries some carnivorous plants such as Venus flytraps, monkey cups and other trumpet-shaped greenery. Because the supply goes quick, it’s best to check the stock before shopping.

Though the stock changes based on what’s available, this Montclair shop carries a variety of carnivorous plants.

Last we checked, the Berkley plant shop was out of carnivorous plants, but they do often carry them. This includes Venus flytraps, sundews and pitcher plants.

Family-owned and operated for over 30 years, this Aurora shop has everything one needs to start a carnivorous plant garden, such as terrariums, globe planters, moss and the plants themselves.