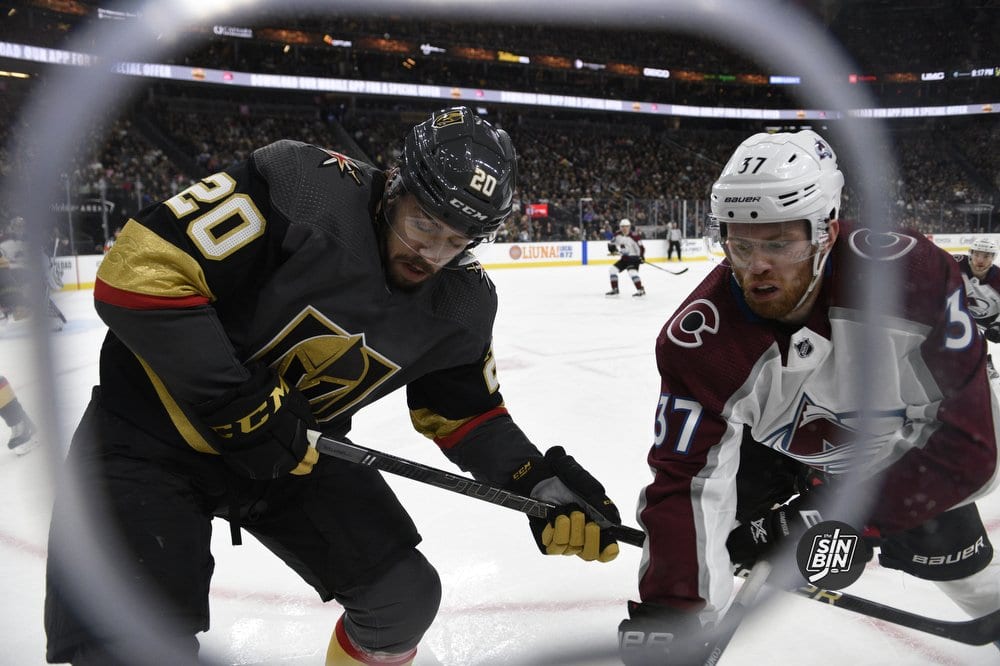 After last night’s 3-2 loss to the Colorado Avalanche, the Golden Knights have played a total of 15 games in the 2021 shortened season. Their overall record is an outstanding 10-3-1 but Vegas’ measuring tape record is 1-1-0.

In six periods against the Avalanche, the pace, style, and quality of hockey was noticeably different. Cliché or not, the last two contests between the heavyweights in the West felt like playoff games. The Golden Knights hadn’t seen the power, skill and speed of Nathan MacKinnon and his talented teammates. Same goes for the Avalanche. In the 13 games Colorado played, only Vegas has a winning percentage of .569 or higher.

You get a real good goaltender like Fleury that is an active player in the net. He’s an aggressive guy. This is a team that checks real well. Their numbers on the analytics side of it is they’re not giving up a lot of scoring chances and you have to earn those chances. -Jared Bednar, Colorado coach

With six matchups left between one another, the Golden Knights and Avalanche will have to do some soul searching. In all likelihood, the winner of the West Division will be one of these two clubs. If that’s the case, both front offices will examine their clubs and ask themselves if the current roster is good enough to beat the other in a long playoff series. To advance it might come down to taking advantage of trade deadline or feeling confident and standing pat.

It might sound simple, but both the Avalanche and Golden Knights should look at each other as their only roadblock to the Stanley Cup Finals. Whether it’s a waiver pickup, a deadline trade, or the elevation of internal depth, any and all acquisitions should be aimed at outlasting the other in a seven-game series. Perhaps Vegas looks to add speed or depth scoring at the deadline to help neutralize Colorado’s pace and power. Or maybe Colorado looks to add some girth and toughness to challenge Vegas’ strength.

There’s no doubt the speed and level of play has been higher than any point we’ve seen. -Pete DeBoer

Last year at the deadline each team added to their offense. Colorado traded for Vladislav Namestnikov and the former 1st rounder scored four goals in the postseason. Vegas acquired depth for three positions. Alec Martinez was brought in to sure up the defense and he’s been in the lineup ever since. Offensively, the Golden Knights supplied the bottom-six with Nick Cousins. And of course, Vegas flip-flopped Malcolm Subban (and in a way Marc-Andre Fleury) for Robin Lehner.

Both teams tend to be active around the deadline, making deals in three straight years. Expect involvement again this year but like Vegas, Colorado has cap issues. It could come down to which front office can be more creative opening up room for more salary.

From what we saw in the last two games, the Golden Knights and Avalanche are evenly matched, despite each playing without key pieces. Both are elite and capable of winning the Cup, but can’t do so without getting through the other.

We all know it, Vegas and Colorado are destined to play in the second round of the postseason and it has the potential of being one hell of series. Best start preparing now.