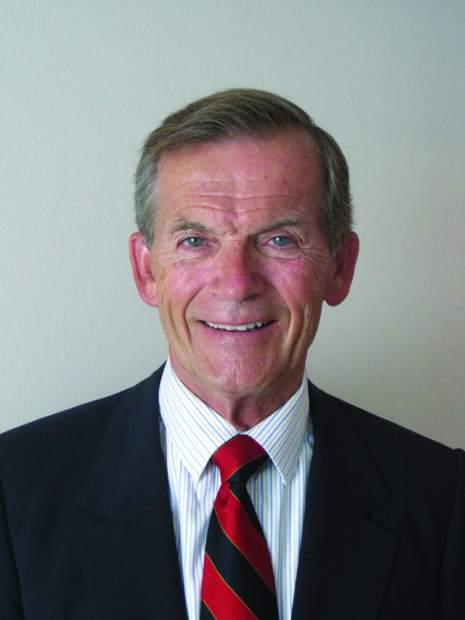 1876 marked the centennial of our nation’s birth. That significant year has made an impact on me. Moreover, in 1876 another gold star was added to Old Glory, recognizing Colorado’s statehood.

Born in 1876, an educator inspired me to interpret how religious convictions and political trends intersect, usually causing divisive upticks between citizens.

An avid researcher and interpreter of U.S. history, I celebrate Colorado Day on August 1 because on that date in 1876 Colorado became the 38th state to join the Union. Then the Republican Party began its phenomenally successful power grab for rural territories in the West. After achieving statehood, these Western lands formed GOP voting blocs, in place today as Red states.

Why does 1876 personally affect me?

My wife’s paternal grandfather was born in 1876, a hundred years after the Founding Fathers carved a fledging nation from 13 colonies. He taught Romance languages at Calvin College (now “University”) for half a century. My wife’s grandfather was educated at Calvin Seminary, established in 1876. He also received an earned degree from the University of Michigan at the turn of the 20th century, followed by study at the University of Heidelberg prior to the Great War’s eruption in 1914.

When I dated my wife in college, this grandfather spent his sunset years living at her home. Although his mobility slowed, this wise Christian’s keen intellect and abiding faith did not subside. Our lively conversations provided proof that life is a school from which learners never graduate.

These Republicans echoed what Henry Clay Warmoth admitted a few years before 1876. He served during the first term of the Ulysses S. Grant Administration (1869-1873) as Louisiana’s Republican governor. “I don’t pretend to be honest,” he confessed. “I only pretend to be as honest as anybody in politics.” Louisiana’s politics stunk like an open cesspool. “Corruption is the fashion,” Governor Warmoth matter-of-factly acknowledged.

Horace Greeley, editor The New York Tribune, which boasted the largest national circulation, ardently supported expansion in the West. Historian Ron Chernow ranks him “one of the original celebrity editors in American journalism,” who promoted slogans that stuck to Americans’ hearts. He coined the challenge, “Go West, young man.”

The Republican Party wed its soul to this motto. On the surface, the GOP appeared to have control of the United States from 1860 to 1884 because it won every presidential election during this period. It also had a lock on Congress, controlling both houses in all but two years during this span.

But appearances were deceiving. Lethargy set in, with most Republicans assuming God destined them to automatically win future presidential elections. After the GOP raised tariffs to satisfy Big Business, working-class citizens were outraged at paying higher prices. After 1876, the South forsook the Grand Ole Party, embracing Democrats with sympathies towards keeping Black Americans subservient.

Republicans countered these losses by pledging to win the West through inviting less populated rural western territories to join the Union. After achieving statehood under Republican control, the GOP secured two Senators for every state admitted, no matter how small and isolated it was.

This political campaign to win the West and secure control of Congress through a top-heavy Republican Senate emerged in the 1874 mid-term elections after Republicans lost control of the House of Representatives. To protect their power from further erosion, the GOP got on the bandwagon to admit Colorado, a part of the Great American Desert that less than 40,000 pioneers called home in 1870. Usually, statehood was not granted until at least 50,000 residents lived in a territory.

Heather Cox Richardson, history professor at Boston College, tells why Colorado’s statehood made Republicans smile. “Colorado’s admission was momentous. In the 1876 election, the Republican Rutherford B. Hayes lost the popular vote,” notes Richardson, “but the new state’s three electoral votes kept his candidacy alive long enough for a Republican-dominated temporary electoral commission to award him the presidency in one of the most hotly contested presidential elections in the nation’s history.”

After the Republican Party’s control decreased in the industrialized East, the GOP carved states from isolated western territories numbering more grizzly bears than residents. These new states each added another two Republican Senators, no matter how small their population.

The GOP-controlled Senate recently rejected The District of Columbia’s statehood goal. D.C. has over 700,000 tax-paying residents, many with black and brown complexions. A high percentage earned college degrees but do not know how to milk a cow. Republicans don’t see their likeness in this urban, non-rural constituency.

After Colorado’s admission to the Union in 1876, Republicans reaped a bountiful harvest of U.S. Senators. Today, they reject as rooted in fallow political soil the District of Columbia’s bid for statehood. “What’s good for the goose is good for the gander,” recite Democrats who have pushed for the District of Columbia’s statehood in 2020. They learned this lesson from Republicans’ power grabs in Western territories that joined the Union over a century ago.