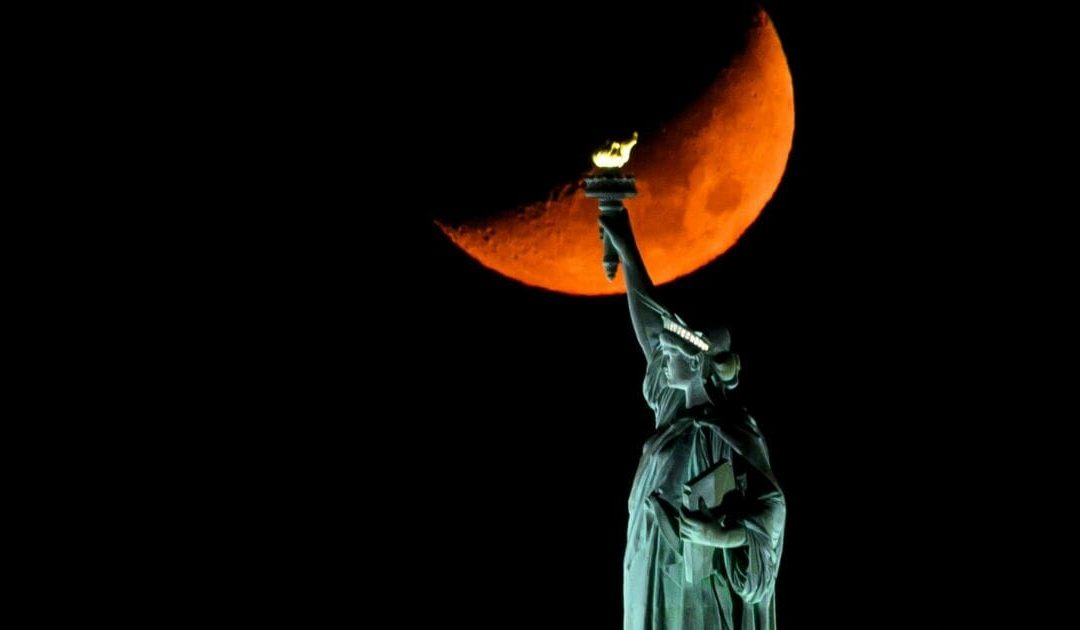 One big takeaway from the coronavirus outbreak will be the value of liberty in dealing with COVID-19, especially when compared with communist China’s missteps along the way to the global pandemic.

The Hong Kong-based South China Morning Post reported last week that the first case of the coronavirus can be traced back to Nov. 17, a full month-and-a-half before Beijing decided to notify the World Health Organization there was a problem.

#China has reported to WHO a cluster of #pneumonia cases —with no deaths— in Wuhan, Hubei Province 🇨🇳 . Investigations are underway to identify the cause of this illness.

Helen Raleigh — an immigration policy fellow with the Centennial Institute in Colorado who was born and raised in communist China — told The Western Journal the nation’s communist system greatly contributed to its poor response to the new viral outbreak.

“The bureaucracy caused the delay, and also this overwhelming desire from the centralized government, the communist party, to present the most positive image of the country that in the early weeks they covered up the spring of the coronavirus,” she said.

“The local mayor did not have enough authority to notify the public, so he had to report it back up to Beijing,” Raleigh said.

The lack of information being communicated to the Chinese people and the world really made a difference in terms of COVID-19’s spread.

Beijing admitted as much this week by exonerating, albeit posthumously, Dr. Li Wenliang, the 34-year-old Wuhan-based ophthalmologist who was among the early whistleblowers regarding the coronavirus outbreak.

The government had charged Li, who died from COVID-19 in early February, with “spreading rumors” about the disease, The Associated Press reported.

The AP characterized the Chinese government’s decision as “a startling admission of error by the ruling Communist Party that generally bodes no challenges to its authority.”

Li had been detained by police after warning of the virus on social media; however, party officials now have offered a “solemn apology” to his family.

Everyone stuck at home: you need to memorize the name — and lesson — of Li Wenliang.

He was the first doctor in Wuhan to raise the alarm about Coronavirus, in a group chat. In response, authorities hauled him in and forced him to sign a retraction.

A month later he was dead. pic.twitter.com/nb0j2VooDH

“His death has been a huge tipping point for Chinese people,” Raleigh said. “There were overwhelming grief and anger expressed online by many Chinese people because they can relate to him. He seems so ordinary.”

“You can relate to his suffering because he’s not the only person who’s been reprimanded by the government, by the police for just simply speaking out,” she said.

Raleigh explained that Chinese people were angry because they realized if the government had listened to Li and warned the public, many lives could have been saved in Wuhan, and the world could have been spared a pandemic.

According to a dashboard created by the John Hopkins Whiting School of Engineering, Italy surpassed China this week with over 4,000 deaths caused by COVID-19, followed by the Hubei province in China with over 3,100 deaths and Iran with approximately 1,400. (That assumes China is providing accurate statistics.)

A study by the University of Southhampton in the United Kingdom found that if what it described as non-pharmaceutical interventions — early detection, isolation of cases, travel restrictions and cordon sanitaire — were implemented even weeks earlier, the story of coronavirus could have played out far differently.

“If interventions in the country could have been conducted one week, two weeks, or three weeks earlier, cases could have been reduced by 66 percent, 86 percent and 95 percent respectively — significantly limiting the geographical spread of the disease,” the researchers said.

Washington Post columnist Josh Rogin was not buying the argument of some that China’s communist form of government gave it an advantage in addressing the coronavirus outbreak.

“[P]raising China’s response as a victory means ignoring months of denial, coverups and missteps — all of which played a major role in allowing the virus to spread to the rest of the world,” he wrote March 11.

Rogin instead praised democratic South Korea for its combination of public education, rapid testing and mobilization of civil society to arrest the spread of COVID-19.

Despite being China’s neighbor, it has only had approximately 8,600 cases to date with 94 deaths.

Similarly, Hong Kong and Taiwan have, through early public awareness and quarantining, kept their numbers to around 260 and 135 cases, respectively, with six deaths total.

The United States has the same advantage of liberty, including the free press, working for it that Raleigh believes will make the difference.

“If any country can invent and create a vaccine fast enough, it’s the United States, because we have all the talent, we have all the freedom to take a risk,” Raleigh added.

Indeed, the melding of the best of the public sector and private sector has been impressive to see in the U.S. response to the coronavirus.

GM and Ford are in talks with White House officials about how they could support production of medical equipment like ventilators that may be needed to combat the coronavirus outbreak https://t.co/MT0sp8l32H pic.twitter.com/ganh2WGFrl

On Monday, researchers in Seattle gave the first shots of an experimental COVID-19 vaccine, The Associated Press reported.

Additionally, on Thursday, President Donald Trump announced the Food and Drug Administration approved the use of existing drugs — chloroquine or hydroxychloroquine — for coronavirus treatment.

This pandemic is highlighting for all to see the value of liberty in addressing the problems the world faces.

Once again, America is leading the way.