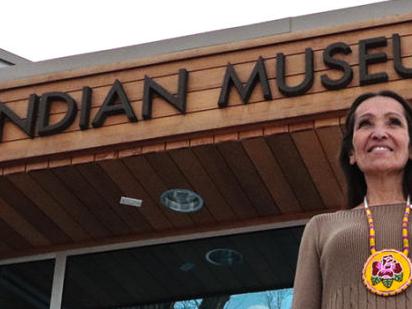 The Ute Indian Museum is offering free admission to federal employees during the government shutdown.

Adult admission is regularly $6, but those who can show a federal employee ID or badge will be able to get in for free, along with a guest, such as a friend, spouse or children.

“Until the shutdown goes away, they can come in and bring a guest. They can get in for free, too,” said Ute Indian Museum Director CJ Brafford. “It’s the right thing to do. We’re Americans, and we have to find that balance and look out for each other.”

Brafford said she knows free admission to a museum is not much, but she hopes it can help those furloughed or those not being paid by letting them get away for a little bit.

“Through acts like this, it shows we have a voice and can stand up for one another, and we feel like it’s wrong — what’s being done,” she said.

The government shutdown is in its 20th day with no apparent end in sight. Roughly 800,000 government employees nationwide — roughly 50,000 of those in Colorado — are either furloughed or working without pay due to Congress not yet approving a budget.

President Donald Trump has asked for $5 billion in the budget for a wall between the United States and Mexico.

According to the Colorado Sun, 13 percent of unemployment claims filed between Dec. 22 — the beginning of the shutdown — and Tuesday have been from federal workers.

Justin Tubbs is the managing editor for the Montrose Daily Press.