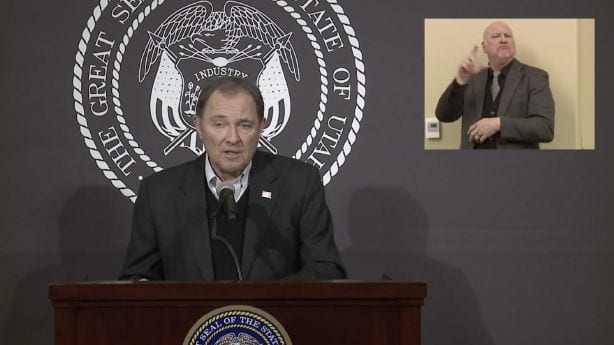 SALT LAKE CITY — Utah’s number of COVID-19 cases has increased to 1,012 — up 125 from Tuesday — and two more people have died, the Utah Department of Health confirmed Wednesday.

The two people that died since Tuesday’s update were both in Salt Lake County and were both over 65 years old, according to state epidemiologist Dr. Angela Dunn during a Wednesday afternoon briefing. One died in hospice care and the other in a hospital.

The new numbers indicate a 14.1% increase in positive cases since yesterday, and about 5% of those tested have the virus. Dunn added, however, that the department does see a slight indication that the curve may be flattening, though they can’t be confident in that until more time has passed.

A study from the University of Washington predicts that Utah will see a peak in cases at the end of April if the state continues to follow social distancing measures enacted by the government.

That’s why it’s imperative to maintain social distancing, isolate those who are sick and protect vulnerable populations, Dunn said. The state is working with its hospitals to determine how many ventilators are available and working to make sure it can readily source those that may be needed, she added.

The breakdown of numbers across the state include:

The Southeast Utah Heath Department announced it had confirmed the first COVID-19 case in Carbon County on Wednesday evening.

The man is between the ages of 25 and 45 and initial information indicates he is not a resident of Utah. The case is the second positive in the district, the first being a woman in Grand County.

Anyone who is at risk of being exposed to the virus by the man in Carbon County will be notified by the health department.

Earlier during the Wednesday briefing, Gov. Gary Herbert reissued the same public health order that went into effect some weeks ago.

The most recent order, however, will allow people to go into dine-in restaurants and order at the counter, then pick up the food and take it home. But social distancing must remain in order at all times for this to be possible, Herbert added.

Herbert also said he was issuing an executive order, which would allow tenants to defer their rental payments until May 15, and landlords cannot initiate evictions before that date.

Those who have been laid off recently because of the pandemic should go to jobs.utah.gov and file for unemployment insurance, Herbert said, encouraging those doing so to go through that process online, if possible. The staff at the Department of Workforce Services is working, literally, around the clock to file that paperwork as quickly as possible, he added.

Employers should not require employees to show a doctor’s note to take sick time off work, as that would put a significant burden on already-overwhelmed physicians, Lt. Gov. Spencer Cox said during the conference.

An individual who has come into contact with a coworker that has tested positive for COVID-19 should rest assured that the health department will let them know, Dr. Dunn said. The health department works with the employers of all those who test positive and offers recommendations on how to clean and let other staff know.

The company will now be able to process 1,000 more tests and collect an additional 1,500 samples per day, Intermountain officials said at a Wednesday press conference.

People are advised to call Intermountain’s COVID-19 hotline at 844-442-5224 before visiting a testing center. If testing is needed, patients will be able to visit any of the company’s testing centers, which are located throughout the state.