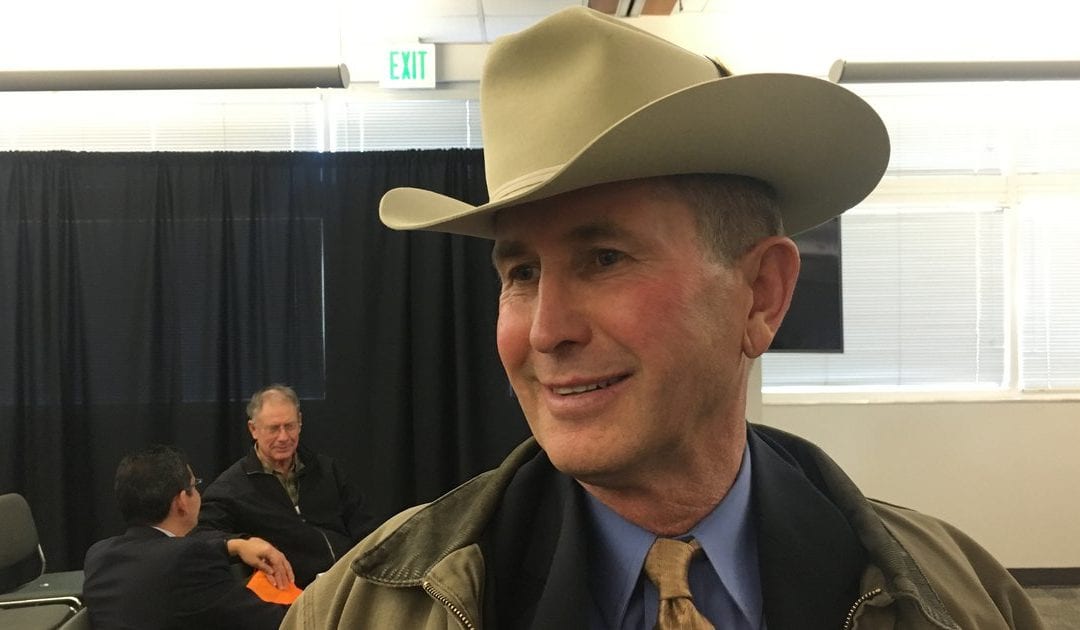 Colorado entrepreneur Aaron Million has been pursuing this idea for more than a decade, resurrecting his pipeline proposal in 2018 after two prior failed attempts at approval. This time his firm White Horse Resources proposed a scaled-down pipeline tapping the Green below Flaming Gorge Dam at Browns Park and running 325 miles underground to Denver. Dubbed the “Green Sun Storage Hydro Power Project,” it would generate hydropower along its 3,800-foot decent from the Continental Divide to the Front Range.

Wilhelmsen found the proposal ran counter to policies Utah has been pursuing for decades regarding the recovery of endangered species of fish and the Beehive State’s own interest in developing its share of water in the Colorado River system.

“One of the overarching premises of [Utah’s] State Water Policy is the development of Utah’s allocation of the Colorado River, coupled with ongoing conservation efforts, to satisfy the growing demands within the state in years to come,” Wilhelmsen wrote in an order posted Tuesday. “The approval and use of Utah’s Colorado River water in a different state would undermine the fundamental elements of Utah’s conservation policies and objectives and place the State Engineer at odds with the Legislature’s mandate.”

At a hearing before the State Engineer two years ago, Million likened his project to the 140-mile pipeline across southern Utah to St. George, claiming there was sufficient flows in the Green to accommodate both diversions.

“This [latest] decision is a big win for the Green River as well as the people and endangered fish that depend on it,” said Taylor McKinnon, a senior campaigner at the Center for Biological Diversity. “We hope the state engineer’s decision is the final nail in the coffin of this absurdly greedy, irresponsible plan.”

The center was one of many groups that contested Million’s application, along with Utah state officials and water users who saw the diversion as a threat to the Beehive State’s long-standing interest in tapping its share of the Colorado River outlined in a century-old interstate compact. Million’s proposal comes at a time when climate change is depleting flows on the Colorado and its tributaries, which supply water to 40 million people.

Diverting the water at Browns Park would have undermined costly efforts underway to rescue some of the Green’s native fish, McKinnon and other environmentalists argued.

Water Horse claimed that it worked out agreements with the Bureau of Reclamation to adjust water releases from Flaming Gorge to soften the diversion’s impacts on fish habitat. But Wilhelmsen found that no such contract had been reached. Nor did she find that Water Horse had firm commitments from potential users to actually put the water to “beneficial use,” a necessary prerequisite in most water rights applications.

“The applicants do not propose to be the parties to place the water to beneficial use,” Wilhelmsen wrote, “but instead have provided letters of interest without commitment from other parties who indicate they might be interested in purchasing water from the applicants if pricing and other details align with their interests at a future time when details are more certain.”

Without specifics on how the water would be used, awarding the water right would be on shaky legal ground and could come back to haunt Utah as it seeks to expand its access to the flows of Green River, the Colorado River’s largest tributary. In other words, the diversion could be taken out of Utah’s instead of the Centennial State’s share of the Colorado River.

“Approval of this application by the State Engineer would constitute a serious breach of public trust duties owed to Utah citizens and would therefore be contrary to the public welfare requirements necessary for approval,” Wilhelmsen concluded.