Utah now has 29 cases of coronavirus: ‘Take this seriously.’ 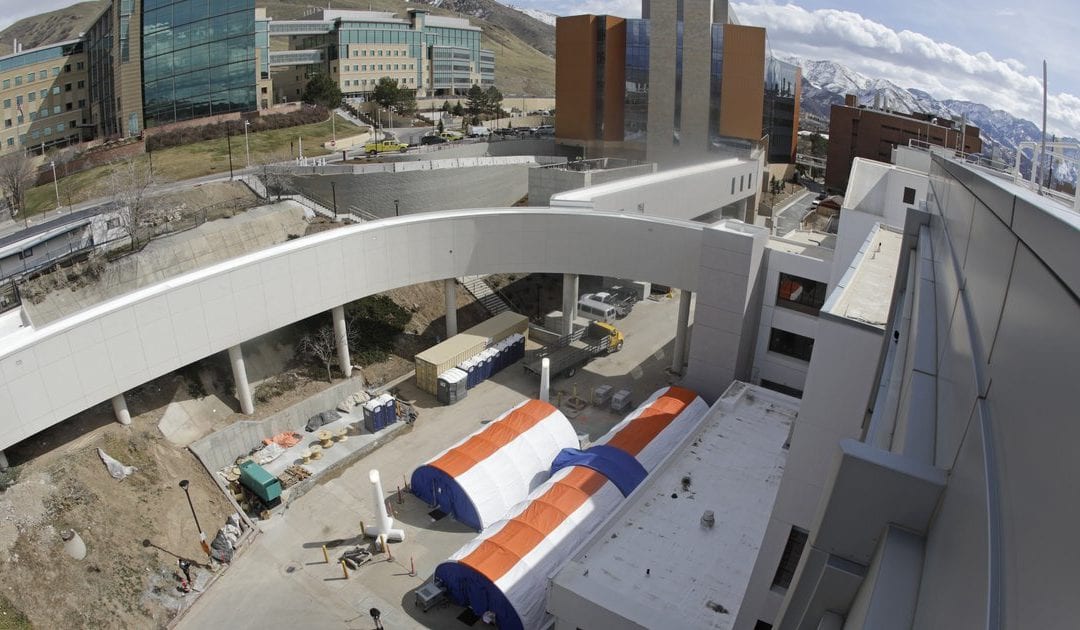 Update: New numbers have been reported by the Health Department on Monday. The number of cases now stands at 29. .

The Utah Department of Health reported two additional coronavirus cases on Sunday, bringing the number of residents with a confirmed diagnosis to 21. Two new illnesses among visitors pushed that total to seven.

And an increasing number of cases is likely to become the norm as more people are tested for COVID-19, said department spokeswoman Jenny Johnson. “Cases will go up every day from here on out.”

A University of Utah geneticist said Sunday afternoon that he holds the distinction of being the first patient to land in the university hospital’s intensive care unit from COVID-19.

Clement Chow, a professor who leads a U. genetics lab, tweeted Sunday that he had experienced a low-grade fever for a couple of days, then had a bad cough that turned into respiratory failure. By Thursday, he was in the intensive care unit on oxygen.

“I was the first COVID19 patient in the ICU on Thursday. Now there are many more,” Chow tweeted.

“Important point: we really don’t know much about this virus. I’m young and not high risk, yet I am in [the] ICU with a very severe case,” tweeted Chow, who is 38.

Chow said he has met with an epidemiologist to try to pinpoint when he might have been exposed to the virus, but he was not specific as to where that might have been.

Salt Lake County has 14 confirmed cases of COVID-19, and health officials have said they believe all of them were tied to travel or direct contact with a person who did travel. Eleven of those cases involve adults, and the other three are children.

One of the two cases added to Utah’s total number of resident cases Sunday was a newly diagnosed patient from Davis County, bringing the county’s total to three.

The other added case was, for the first time, a patient from St. George. But it isn’t a new case.

It is Mark Jorgensen, who had been treated at Intermountain Medical Center in Murray after contracting the virus on the Diamond Princess cruise ship with his wife, Jerri.

“Now that we are seeing an increase in numbers, we made the decision to count him in our case total,” Johnson said. Since being released to his home in St. George, Jorgensen has been monitored by Utah health agencies.

The new total for nonresident cases includes a visitor in Utah County who tested positive, according to the updated figures. Before Sunday, the nonresident cases had all been in Summit County, which now has six.

The state reached a turning point on Saturday when it had the first documented case where the source of the virus is unknown — what public health officials call community spread. That COVID-19 diagnosis, of a doorman at a popular bar on Park City’s Main Street, prompted the closure of nearby ski resorts.

And on Sunday, the Summit County Health Department ordered a 30-day shut down of businesses where “people tend to gather.” It includes all “resorts, restaurants, taverns, bars, entertainment venues, fitness and exercise facilities, spas and churches.”

It will be reviewed in two weeks, officials said. To ensure that food is still available, grocery stores will remain open and restaurants can continue serving on a limited basis, through curbside take-out or drive-thru service on a noncash basis.

While there has been a shortage of diagnostic tests in Utah — a problem that has plagued the nation — private labs are expected to make more testing available in coming days.

“The more tests we do, the more cases we will find,” said Johnson. “And, just like we have seen everywhere else, we will see numbers go up.”

Besides hand-washing and staying home if you feel sick, Johnson said, avoiding large crowds — called social distancing — is the “best thing people can do right now.”

“They have to take this seriously,” she said, “to protect the most vulnerable in our communities.”