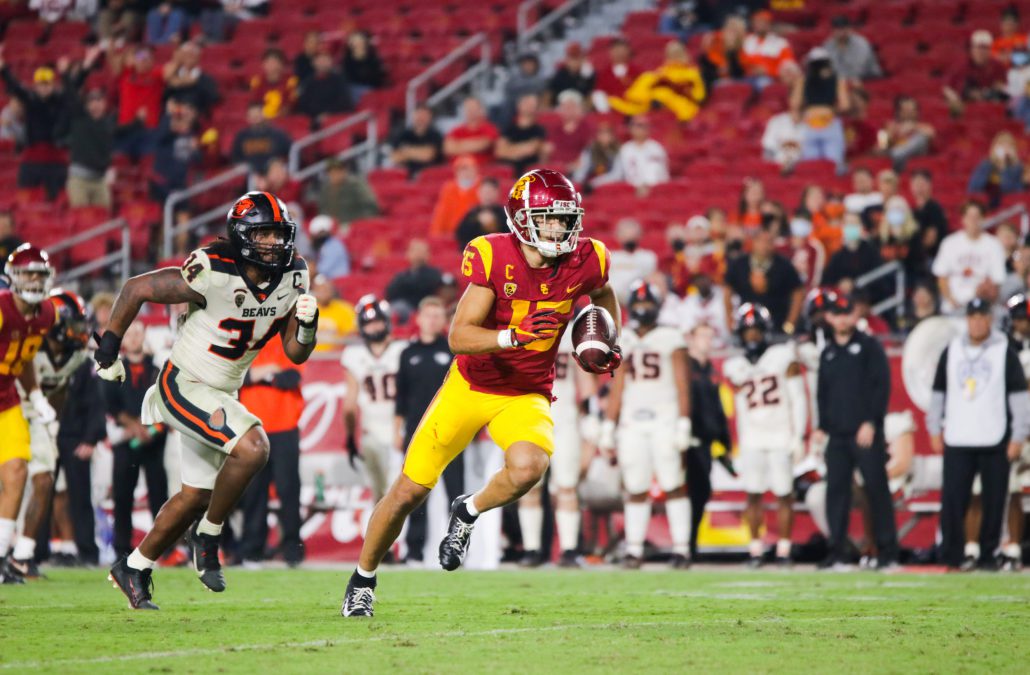 Coming off a historic loss, USC will take on Colorado Saturday in Boulder, Colo. USC has never lost in 14 games total against Colorado.

Saturday’s game was interim head coach Donte Williams’ first loss since he took over the position from former head coach Clay Helton. It was the first time in 61 years USC lost in a home game against Oregon State.

USC’s season is far from over. Still remaining are games against No. 20 UCLA, No. 9 Notre Dame, Arizona State among other remaining games. Williams is focusing on the moment and the coming game this weekend.

“That game’s over, I can’t change that,” Williams said. “All I expect is for us to win today, win tomorrow and win on Saturday.”

USC committed 11 penalties along with four turnovers during the game against Oregon State. Offensive coordinator Graham Harrell commented on the major factors that slowed down the Trojans.

“The two false starts on third down were big mistakes because we had a 3rd and 1 that was going to be an easy conversion, and we needed to get the momentum back right there,” Harrell said. “There [were] a lot of good things on that tape we didn’t execute when we needed to the most.”

Junior quarterback Kedon Slovis had a rough outing against Oregon State, throwing three interceptions. Slovis remains positive about the team’s performance and believes the team’s potential has yet to fully show.

“I thought at times we were playing really fluid, loose and really fast. It kind of slowed down in the second half. That’s something we really have to just keep building on,” Slovis said. “It’s just a few little things. Once we’ve cleaned those up, we’ll see a lot of success.”

Colorado has a strong offensive threat in sophomore running back Jarek Broussard, who was the Pac-12 Offensive Player of the Year in 2020. The Trojans gave up over 300 rushing yards against Oregon State, as the front seven weren’t able to contain the Beavers’ strong ground attack. In reference to Broussard, Williams said, “it’s going to be a challenge.”