USC bounces back with 37-14 victory over Colorado – Daily Trojan 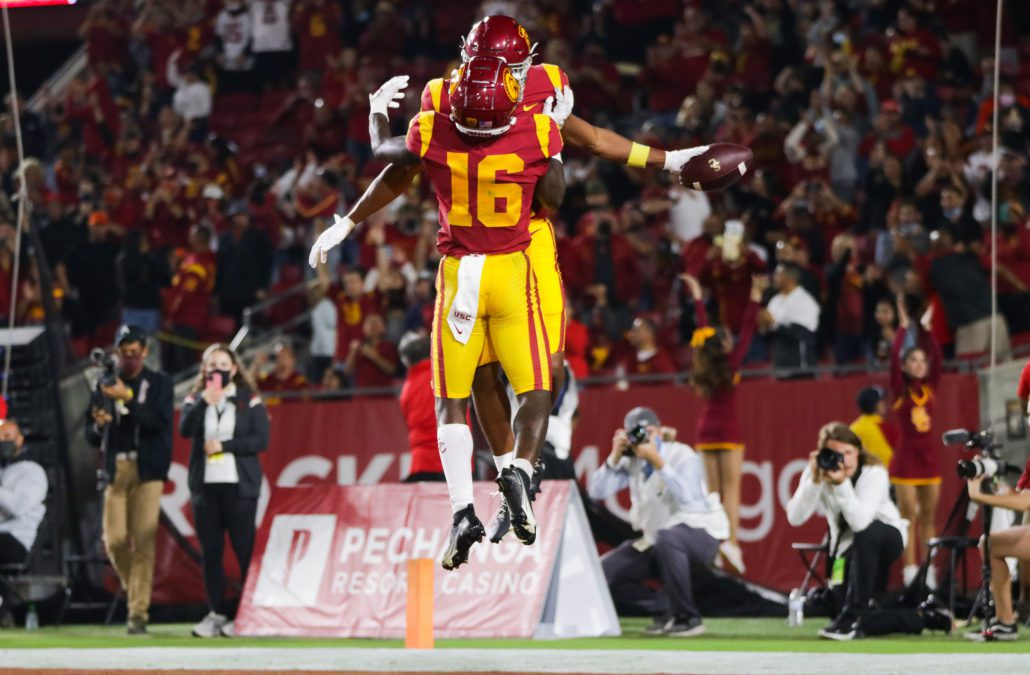 USC rebounded from a home loss against Oregon State with a commanding 37-14 road victory over Colorado. The win improves the Trojans’ record to 3-2 on the season.

USC’s offense had one of its most complete performances of the season with both the passing and running game thriving. The Trojans opened up with a 20-0 run before the Buffaloes offense even crossed midfield.

The defining aspect of the first half was junior wide receiver Drake London’s dominance over Colorado’s secondary.

In the first quarter, London made an athletic high-point catch to put USC at the one-yard line and then made a one-handed catch for a touchdown two plays later to make it 20-0. London ended the day with 130 receiving yards, the fourth time in five games the receiver has had over 100 this season.

“If the ball is in the air and he is around it with ten other people, we expect him to come down with the ball,” said interim head coach Donte Williams in a press conference Saturday.

USC’s running game was equally as impressive with senior running back Keaontay Ingram rushing for 124 yards, a season high. In USC’s first drive of the second quarter, Ingram strung together three-straight runs of ten or more yards to march USC down the field and into Colorado territory. TCU transfer and redshirt sophomore Darwin Barlow also got some carries, as well as redshirt senior Vavae Malepeai.

“I thought we were really efficient and, if I were guessing, we probably played physical,” offensive coordinator Graham Harrell said. “That’s usually what it comes down to.”

USC’s defensive line saw the most improvement since the Oregon State defeat. After being pushed around by the Beavers’ offensive line, the group was able to regain its footing against Colorado by forcing five sacks and one fumble. Redshirt junior Jacob Lichtenstein and junior Drake Jackson each had a pair of sacks on the day.

“Coach Vic [So’oto] told us, ‘against this offensive line, we’re going to have to outwork them’ and I think that’s what we did,” Lichtenstein said.

USC’s five sacks against Colorado were its most in a game since October 2019.

Freshman Korey Foreman was also given more snaps than previous weeks. Although he didn’t record a sack, Foreman got pressure on Colorado freshman quarterback Brendon Lewis several times and forced him into poor throws.

The secondary did its job with three pass breakups and an interception hauled in by redshirt freshman Joshua Jackson Jr.. The Buffaloes passed for only 162 yards for the entire game.

USC slowed down in the second half to finish the game 37-14. A whopping sum of 125 yards on 12 penalties and one turnover caused USC to stall on several drives in the second half and allowed Colorado to keep the score closer than it should have been. Junior quarterback Kedon Slovis and the offense converting only 5 of 12 third downs did not help the Trojans’ efforts either.

The team did not meet Williams’s high expectations for how he hoped the team would close out the game. Colorado’s offensive struggles could have put the game out of reach for the Buffaloes much earlier than late in the third quarter.

“The fans started leaving in the beginning of the fourth [quarter], we want the fans to start leaving before halftime,” Williams said.

Saturday’s win continued USC’s undefeated record against the Buffaloes with an overall record of 15-0. The win was also USC’s first over a Pac-12 South opponent this season.

USC returns to the Coliseum to face Utah next Saturday at 5 p.m.