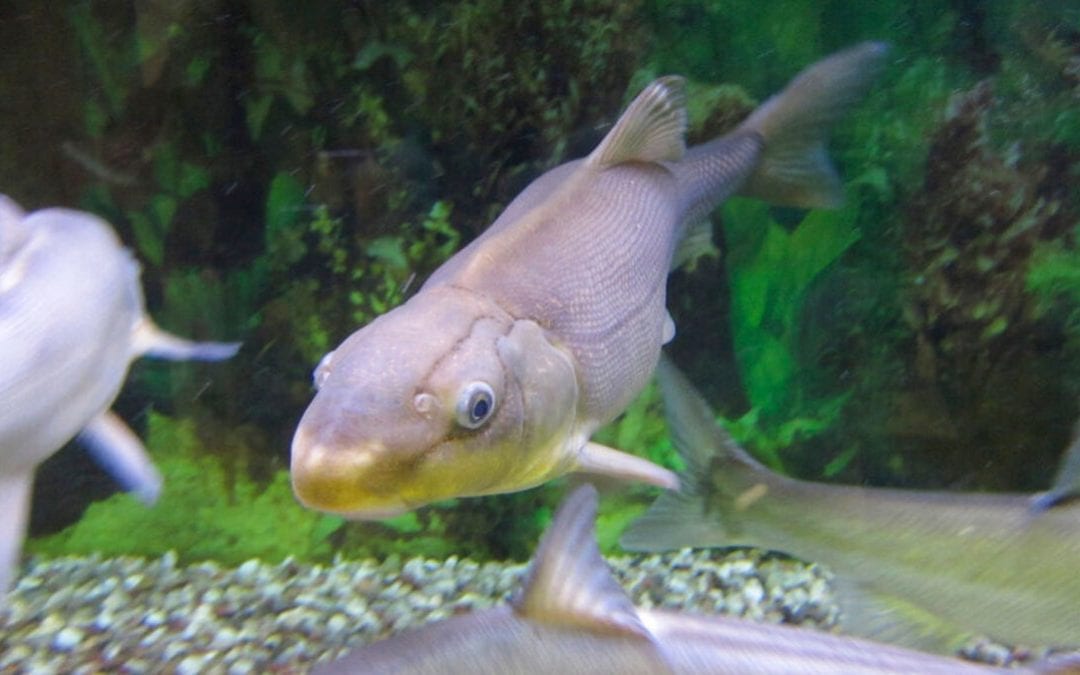 The U.S. Fish and Wildlife Service said Tuesday it plans to propose reclassifying a rare Colorado River Basin fish called the razorback sucker from endangered to threatened status after a multiyear and multistate effort throughout the Southwestern U.S. to replenish its populations.

A proposed formal relisting, to be published Wednesday in the Federal Register, would classify the fish as no longer on the brink of extinction. But it would require continued management of the razorback’s survival in the Colorado River and several key tributaries. The Fish and Wildlife Service first said it would recommend the change in 2018.

Hundreds of thousands of razorbacks once thrived in the Colorado River and its tributaries, which flow across seven states and Mexico. By the 1980s, they had dwindled to about 100. Researchers blamed non-native game fish that preyed on the razorbacks and the construction of dams that disrupted their habitat.

The razorback was listed as endangered under federal law in 1991. It has been protected under Colorado and Utah law since the 1970s.

Their adult numbers have since reached more than 50,000, thanks to the work of Fish and Wildlife and other federal and state agencies, Native American tribes, hatcheries, dam operators and landowners, said Tom Chart, director of the Upper Colorado River Endangered Fish Recovery Program. The program was created in 1988 to rescue the razorback and other endangered aquatic species in the basin.

“The razorback was the most rare species we came across,” Chart said Tuesday. “Today we are finding fish that originated in hatcheries and were stocked out under the program 20 years later, and they’re behaving like they’ve always been in the wild.”

Ancient and odd-looking, the razorback gets its name from a sharp-edge, keel-like ridge along its back behind its head. It can grow up to 3 feet (1 meter) long and live up to 40 years.

Individual fish are protected under endangered status. Threatened status means biologists can take steps to improve the overall population even if some fish might be hurt.

Wildlife advocates oppose the move, saying the fish’s numbers aren’t yet self-sustaining and that climate change is bringing lesser and warmer river flows that will jeopardize the fish’s survival. Drought and increasing human demand are straining the rivers, which makes it harder for fish to survive.

“Our two core concerns here are the perilous climate future of the Colorado River Basin and, despite a robust program for stocking the razorback in the river, almost of none of those fish are reproducing successfully, with the exception of Lake Mead,” said Taylor McKinnon, whose work focuses on endangered species and public lands for the Center for Biological Diversity. “They spawn, but those spawn are being consumed by non-native fish. It precludes establishing self-sustaining populations.”

The proposed relisting acknowledges that “recruitment of razorback sucker to the adult life stage remains rare in all but one population, and the species currently depends on management actions in order for populations to be resilient.”

Chart said Fish and Wildlife has and will work with its partners to address climate change’s effects in the future, especially when it concerns water flow.

“Fundamental to this decision is the razorback sucker is not at risk of extinction now,” he said. “We still have a lot of work to do.”