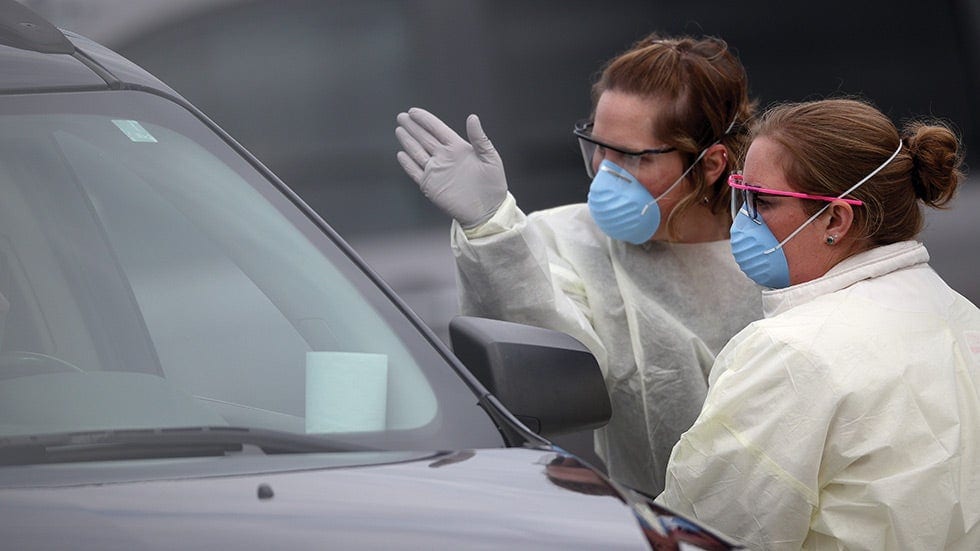 A plan developed by the federal government to combat the coronavirus reportedly projects the pandemic will last 18 months or more and could feature multiple “waves,” The New York Times reported.

“Shortages of products may occur, impacting health care, emergency services, and other elements of critical infrastructure,” the plan warns, according to the Times. “This includes potentially critical shortages of diagnostics, medical supplies (including PPE [personal protective equipment] and pharmaceuticals), and staffing in some locations.”

The plan was finalized Friday, the same day President Trump

Donald John TrumpThe Hill’s Morning Report – Trump shifts his tone on coronavirus Senators balance coronavirus action with risks to health Coronavirus adds new element to rising US-Iran tensions declared the virus a national emergency, and outlines several possible options for federal responses, including invoking the Defense Production Act (DPA) of 1950, which originated during the Korean War and allows executive action to ramp up production of supplies such as ventilators.

“State and local governments, as well as critical infrastructure and communications channels, will be stressed and potentially less reliable,” the plan reads, according to the Times. “These stresses may also increase the challenges of getting updated messages and coordinating guidance to these jurisdictions directly.”

The plan’s reference to the DPA comes as numerous congressional Democrats have urged President Trump to invoke the law’s powers.

“During World War II, our country adapted to the demands of the time to produce mass quantities of bombers, tanks, and many smaller items needed to save democracy and freedom in the world,” Rep. Andy Levin

As recently as Tuesday, Trump said the situation did not yet call for an invocation of the law, telling reporters, “We’re able to do that if we have to. Right now, we haven’t had to, but it’s certainly ready. If I want it, we can do it very quickly. We’ve studied it very closely over two weeks ago, actually. We’ll make that decision pretty quickly if we need it.”

The plan adds that the virus’s spread and severity “will be difficult to forecast and characterize” and could result in “significant shortages for government, private sector, and individual U.S. consumers.”

The Hill has reached out to the White House and Vice President Pence’s office for comment.