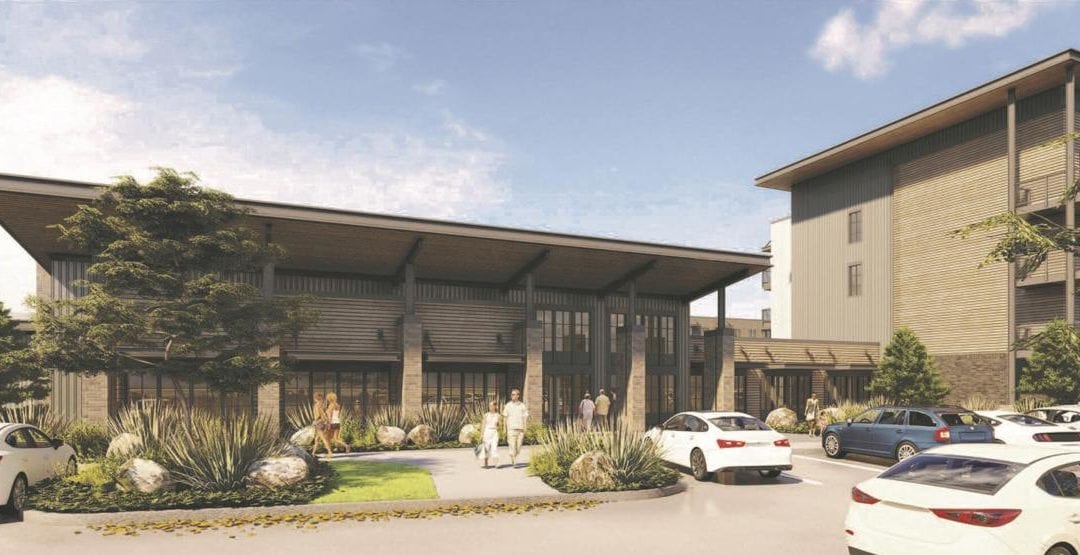 A Dallas real estate company has proposed a 330-unit, upscale apartment complex on Colorado Springs’ northeast side, as the city’s quality of life, growth and hot multifamily market continue to attract new developers and investors.

Stillwater Capital, whose website says it develops, underwrites, acquires, manages and sources a wide range of real estate projects, plans to build the Apartments at Greenways on nearly 15 acres southeast of Tutt Boulevard and South Carefree Circle, according to a proposal the company has submitted to city planners.

The site is adjacent to the former 170-acre Springs Ranch Golf Course, which is being redeveloped by Springs builder and developer Classic Cos. into a mix of single-family homes, townhomes and condominiums. Classic purchased the golf course last year after its owner closed the financially troubled venue.

Before its acquisition of the golf course, Classic received Colorado Springs City Council approval to redevelop the property, to be known as The Greenways at Sand Creek. The council’s OK also allowed Classic to obtain a 23-acre site in a land swap with the city, which includes the 15 acres where Stillwater will build. Stillwater now has contracted to buy that land.

For one of its projects, Stillwater has partnered with the PGA of America, the Dallas suburb of Frisco, a luxury hotel company and a real estate investment company to develop a 600-acre, golf-focused mixed-use development in Frisco, where the PGA of America’s headquarters will relocate from Florida.

Six to nine months ago, Stillwater officials targeted Colorado’s Front Range for expansion, said Roby. They like the outdoor lifestyle that Colorado Springs and the Front Range offer. On a personal level, Roby said he has family in Englewood and Fort Collins; he likens the Front Range to “his home away from home” and has even snowshoed to the top of Pikes Peak.

“We invest our time and efforts and capital in areas where we enjoy being,” Roby said. “I have no interest in building spaces that I wouldn’t personally want to spend time in or have my friends spend time in. Whether it’s a place that you would live, or a restaurant that you would go out to eat in, or a place you want to stay in — we have some hotel properties as well — we build where we would want to be.”

The military presence in Colorado Springs, its friendly nature and its big, small-town feel also were qualities that attracted Stillwater, Roby said.

Stillwater’s apartments will be part of what it views as a mixed-used project, given the variety of housing that Classic will develop on the old golf course property, Roby said.

Stillwater’s apartment complex would be composed of a pair of four-story buildings, with a mix of “well-appointed” studio, one-, two- and three-bedroom units, according to the proposal the company submitted to city planners.

“I would say it’s an upscale rental community,” Roby said.

Project amenities would include a 2,500-square-foot fitness center building and a 4,000-square-foot co-working center that would accommodate renters working at home, an outdoor resort-style pool, outdoor kitchen areas, garages, carports and landscaped courtyards with walking areas for tenants, the proposal shows.

“We’re big believers in the outdoors, as a company and as individuals,” Roby said. “Most, what I would call, suburban-styled apartment buildings are a bunch of small buildings and a sea of parking. We very much wanted to create a sense of place, internal to the development. “

Stillwater’s apartments, where construction is expected to break ground this year, will rent for market-rate prices, Roby said. In the fourth quarter of 2020, Colorado Springs-area rents averaged nearly $1,266 a month, according to an industry report.

The company has other Front Range developments in the works, Roby said. It’s looking at a mixed-used project in Classic’s high-end Flying Horse development on Colorado Springs’ far north side and a project in Denver, he said.

Stillwater joins several out-of-town real estate companies that have developed apartments in the Springs in recent years or have projects in various stages of planning.

A.G. Spanos Cos. of Stockton, Calif. and Blackburn Communities of Oxford, Miss., have separate projects that would bring 775 units to the Springs’ far north side. Evergreen Devco, with offices in Denver, Phoenix, Los Angeles and Salt Lake City, has proposed a 312-unit apartment complex on the northwest side.