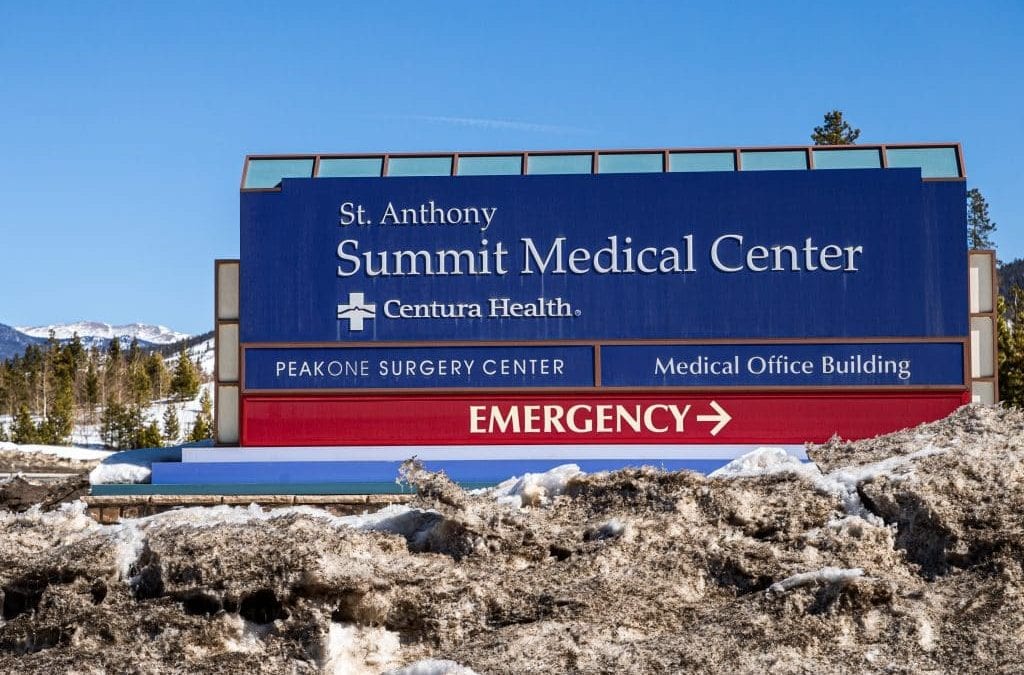 FRISCO — A patient being screened for the new coronavirus at St. Anthony Summit Medical Center in Frisco tested positive, according to the Colorado Department of Public Health and Environment.

On Wednesday night, the hospital announced it was investigating a potential case of the novel coronavirus — officially known as coronavirus disease 19, or COVID-19 — after a patient with a recent history of travel to Italy came to the Summit County medical center’s emergency department with a possible respiratory illness earlier that day.

A test was performed by the state, which returned a presumptive positive result. The test will be sent to the Centers for Disease Control and Prevention for official confirmation, which is expected to take less than 48 hours. The case represents the first known case of COVID-19 in the state.

The test was the second performed on a patient at St. Anthony’s. Another test returned a negative result Tuesday, according to hospital spokesperson Brent Boyer.

The patient was a male in his 30s and is an out-of-state visitor to Summit County. During a press conference Thursday afternoon, Colorado Gov. Jared Polis said the man arrived Feb. 29 at Denver International Airport but wasn’t exhibiting symptoms at the time, so the risk of transmission was low. The man then traveled to Summit County in a rental car.

Health officials did not release information about where the man traveled or recreated within Summit County.

The man developed symptoms Tuesday and went in for testing the next day. He was later transported by his fiancee to a hospital in Jefferson County, where he is recovering in isolation until cleared by public health officials. His fiancee is in quarantine.

In Summit County, the man was with two friends, who are Colorado residents and also are in quarantine, and public health officials are working to identify others who might have been exposed to the disease. Dr. Peter Banko, president and CEO of Centura Health, said four St. Anthony staff members who treated the patient also are being tested.

“We are hopeful that the patient will have a swift recovery,” state public health department Executive Director Jill Hunsaker Ryan said in a news release about the results. “Like other states, we expected to begin seeing cases in Colorado, and that is why we have been preparing for the past couple months in conjunction with local public health agencies and health care partners. Our goals are to protect the public from the disease, get people the care they need and minimize disruption to daily lives.”

During the press conference, Polis noted that a second, unrelated patient has tested positive for COVID-19 in Colorado. The state has activated its emergency operations center and is working on expanding testing capacity.

In Colorado, patients are tested only when they meet a number of criteria set by the state to determine whether they’re likely to have the disease:

If a medical provider believes a patient meets the testing criteria, the provider then will collect a specimen from the patient’s nose and throat and send the samples to the state lab. Of at least 133 total COVID-19 tests run in Colorado, 93 have returned negative results and 38 are pending, according to the Colorado Department of Public Health and Environment. Two test returned presumptive positive.

According to the CDC, the coronavirus is thought to spread primarily from person-to-person through respiratory droplets produced when an infected person coughs or sneezes, similar to the flu. Reported symptoms include fever, cough and shortness of breath, though a somewhat prolonged incubation period means that infected individuals could be carrying the virus for between two and 14 days before symptoms become visible. In extreme cases, patients could face severe respiratory issues and death.

There is no vaccine to prevent coronavirus, and the CDC has recommended that residents practice everyday preventative actions, including avoiding close contact with people who are sick, staying home when you’re stick, washing your hands often, covering your coughs, properly disposing of tissues and avoiding touching your eyes, nose and mouth.