University of Colorado presidential search: How can CU create a less divisive process? 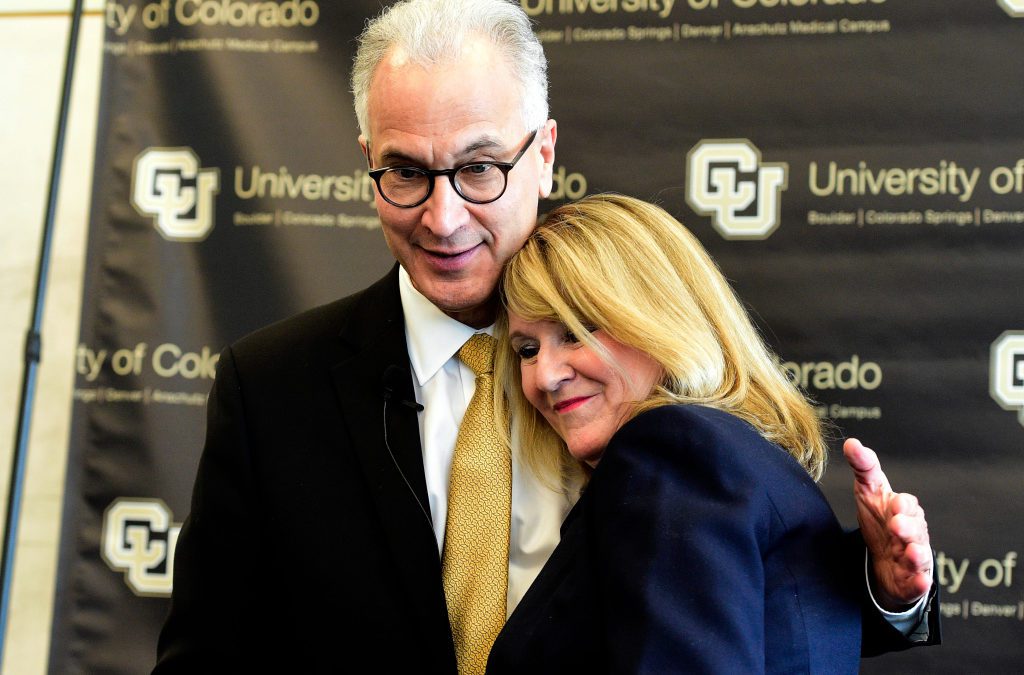 From the University of Colorado’s “rushed” introduction of Mark Kennedy onward, controversy swirled around his selection as CU’s president in 2019 and subsequent leadership of the four-campus, multibillion-dollar state university system.

A presidential search process cloaked in secrecy led to the unveiling of Kennedy as the sole finalist, with the former Republican congressman’s introduction clouded by opposition to his voting record and claims by one regent that he hadn’t been sufficiently vetted.

Infighting among members of the politically elected Board of Regents presaged nearly half of them rejecting the school’s new leader in a party-line vote.

Then, in the wake of Kennedy’s hiring, came a leaked list of candidates who hadn’t made the cut, furor over a verbal gaffe and, ultimately, a first-of-its-kind censure vote by the Boulder campus faculty, citing the CU president’s lack of leadership around diversity issues.

Now, Kennedy’s presidency — during which he led the CU system through a pandemic and a revamp of its strategic plan — will come to a premature end next month with a $1.3 million payout. The regents are expected to name an interim president soon and outline their search process for Kennedy’s successor.

Higher education experts with experience in presidential searches say this transition presents an opportunity for CU’s leaders to take their time, get it right and inspire unity with their selection.

“Where these things have gone best is when there’s really as much consensus as you possibly can get, and that’s a real challenge,” said Aims McGuinness, a consultant with the Boulder-based National Center for Higher Education Management Systems who has worked with CU’s regents for decades. “What you’re seeing happen around the country with university searches is rushed decisions that then lead to failed searches.”

Yet heading into that next presidential search, the partisan divide on the Board of Regents — a nine-member body whose members are elected in staggered years — rages on. Republican regents, who lost their board majority in January for the first time in nearly four decades, decried Kennedy’s negotiated departure as a Democratic power grab stemming from intolerance for conservatives on CU’s campuses.

“Coloradans should take notice of what the Democrats do here today,” Regent Chance Hill, R-Colorado Springs, said during Wednesday’s vote to approve Kennedy’s parting agreement. “We will lose our state and our country if voters continue to elect Democrats more interested in appeasing the woke mob than in doing what is right.”

As CU gears up for its second presidential search in the last three years, higher education management experts, constituents and people involved in past searches shared their thoughts on what the university can do to create a less divisive selection process that the CU community can get behind.

A group of University of Colorado Boulder students and faculty members protest the CU Board of Regents’ decision to make Mark Kennedy a finalist for the CU president position on the Norlin Quad on the CU campus in Boulder.

“It’s the search firm’s job to try to assure that all candidates are considered equally and not to allow one candidate or another to be pressed forward by a certain contingent of the board,” Haley said.

Former Regent Irene Griego, a Democrat who co-chaired with Republican Regent Heidi Ganahl the search committee that selected Kennedy, said the search process she was a part of should have worked — in theory.

“However, when individuals manipulate a process or when consultants fail to do a thorough review of all the candidates, it creates a weak process,” Griego said, without offering further elaboration on the Kennedy search process.

Regent Nolbert Chavez, D-Lakewood, was the only regent to respond to an interview request from The Denver Post for this story. He said much remains up in the air about the upcoming search process.

“I don’t even know what direction we’re headed,” Chavez said. “Ideally, we would be able to come up with either an interim or a permanent president that is bipartisan.”

Mark Kennedy, the University of Colorado’s new president, middle, his wife Debbie, right, and Donald Elliman, Jr, Chancellor for the University of Colorado Anschutz Medical Campus, left, leave after touring the Anschutz Health and Wellness Center on the Anschutz Medical Campus on July 1, 2019 in Aurora, Colorado. Kennedy toured all four CU campuses on his first day of the job.

Role of the search committee

Former Republican Regent Steve Bosley, who chaired the committees that led to the selection of CU presidents Hank Brown and Bruce Benson, said casting a broad net for search committee participants, candidates and public input made those two searches successful.

“We broadcast the heck out of it,” said Bosley, who personally recruited Benson for the job.

According to the university, at the time Kennedy was touted as the sole finalist, search firm Wheless Partners had considered more than 100 candidates before presenting around 30 names to a search committee made up of the regent co-chairs, one faculty representative from each campus, a dean, a staff representative, a student, two alumni and four community representatives.

That committee narrowed the list to 10 candidates, who were each interviewed, and forwarded six of them to the full Board of Regents, which interviewed all six before voting unanimously to make Kennedy the sole finalist.

“A comprehensive review of the process needs to be conducted to identify what went right and what went wrong before a new chair of the committee or a search committee is selected,” Griego said. “Reviewing the process takes time and should have been done after Mark Kennedy was selected president.”

Before Benson secured the vote in 2008, Bosley toured the state holding listening sessions with Coloradans about what they’d like to see in a university president.

“If we ask you, you know we’re interested in what you have to say,” Bosley said. “We took the time to listen.”

Shubhashika Singh, a 20-year-old CU Boulder sophomore, hopes to see a student of color on the search committee.

“We talk about prioritizing diversity, equity and inclusion, but we need to ensure we have students who come from diverse backgrounds on that committee,” Singh said.

“The search needs to galvanize and bring everyone together behind a candidate rather than just announce, ‘Here’s your candidate, and this is the way it’s going to be,’” Haley said. “There is a danger to naming a sole finalist before the final decisions have been made because it makes some people feel the decision is pre-ordained… But it is hard to involve everyone in a presidential search because, usually, the way you keep your candidates is to keep them confidential. If they think they’re going to be exposed, they’ll drop out. They don’t want to be one of three and lose it and be humiliated.”

Joanne Addison, CU Faculty Council chair and an English professor on the Denver campus served on the search committee that produced Kennedy. She wants the university to name more than a sole finalist for transparency’s sake this time around.

“There’s a lot of talk that good people won’t apply if they know more than one will be named, but that’s not true,” Addison said. “We’ve seen this happen at major universities all over where they name multiple finalists. Even the makeup of the search committee last time around ended up being very partisan. I hope that won’t be the case this time around. It was clear a number of people were on there more because of their politics than any expertise they had in higher education.”

Bosley countered that confidentiality for the candidates tossing their hats into the ring was vital to collecting the best options during the searches he led.

University of Colorado President Mark Kennedy at his office July 23, 2020.

What’s in a president?

Once candidate names start coming in, how does a committee know which ones are keepers? Allow a handful of university priorities to be the guide, McGuinness said.

“Search committee members have got to sustain attention on four or five major university priorities they all agree upon and know that those are the things that matter and focus on those,” McGuinness said.

As far as qualities to be watchful of, Haley said political candidates for university presidencies can be tricky.

“I’ve seen political candidates be successful, but there’s a high risk,” Haley said. “I’ve seen a number of them be unsuccessful, as well. They’re really public people. Everybody knows a lot about them. Frankly, a politician has been working in an entirely different world from higher education and a lot of the time political candidates don’t understand how different that world is from the one they’re used to dealing in.”

Though Kennedy had a prior career in politics, he came to CU from the University of North Dakota, where he also served as president.

Chavez said he’s interested in someone who brings something to CU rather than CU bringing something to the candidate.

“Hank Brown, Bruce Benson, John Buechner — they brought an air of respect and accomplishment and a reputation and they were easily able to succeed in the higher education environment,” Chavez said. “As opposed to a career academic, largely forgotten. I would like to see someone in the same category, along the same lines as those folks who have brought something to the table that allowed them to be skilled, that allowed them to be successful in the position beyond academics.”

McGuinness said it would be worthwhile for CU’s regents to ask themselves some introspective questions.