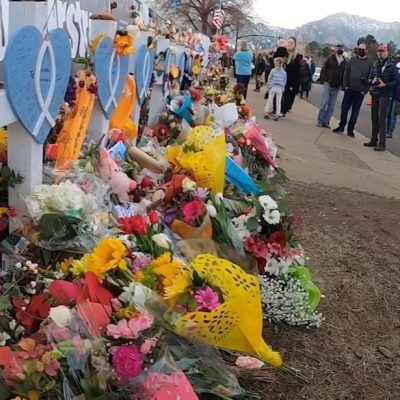 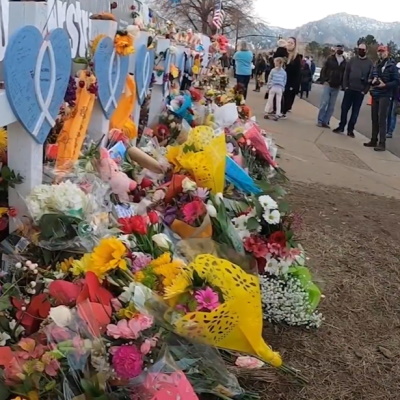 A social media post is spreading baseless claims that the shooter accused of killing 10 people in Boulder, Colorado, came to the U.S. “Illegally from [M]exico and purchased the firearm from a guy that sells stolen guns.” Law enforcement officials say the suspect came to the U.S. from Syria as a child, and the gun used was legally purchased.

Shortly after prosecutors charged Ahmad Al Aliwi Alissa with the murder of 10 people in a shooting at a grocery store in Boulder, Colorado, on March 22, falsehoods about him started circulating online.

One viral post claimed that Alissa entered the U.S. “Illegally from mexico and purchased the firearm from a guy that sells stolen guns.”

We’ll start with the claim about his gun purchase.

Alissa bought a Ruger AR-556 from a local gun shop on March 16, a week before the shooting, according to the affidavit for his arrest. The affidavit explains that investigators discovered the purchase by “using law enforcement databases,” which suggests that the purchase was legally recorded.

Boulder Police Chief Maris Herold then confirmed at a March 26 press conference that the gun was legally purchased and the shop owner who sold the gun has said that Alissa passed a background check and that the shop is cooperating with investigators.

That gun is the one police say Alissa used in the shooting. Boulder Police Detective Sarah Cantu described it as “a rifle (possible AR-15)” in the affidavit, although the manufacturer classifies the gun as a pistol. It looks similar to the larger rifle version, but its barrel is about 6 inches shorter — roughly 10 inches, versus 16 inches — according to the specifications on the company’s website.

When Ruger introduced its line of AR-556 pistols in 2019, the NRA wrote: “The AR-556 Pistol takes all of the value and features of the Ruger AR-556 rifle line and shrinks them down to a more compact, more manageable size.”

Police said that Alissa also had a 9mm handgun with him during the shooting, but Herold said at the press conference that “we do not believe that gun was used in this incident.” She didn’t specify where that gun came from, but it’s worth noting that Alissa’s sister-in-law was quoted in the affidavit as saying that one of his brothers who lived in the same house “had a handgun in the past.”

On the claim that Alissa came to the U.S. “illegally from [M]exico,” we could find no evidence to support that.

It appears to be aimed at making a political point, since the following text in the post says that this is “why we need a freaking wall.”

A wall between the U.S. and Mexico likely would not have hampered the arrival of Alissa, though. A report from the Associated Press cited two law enforcement officials who said that Alissa was born in Syria in 1999 and emigrated to the U.S. as a toddler before becoming a U.S. citizen.

Consistent with that report, CNN quoted Alissa’s brother as saying that the family came to the U.S. from Syria in 2002.

We could find nothing to suggest that the family took a route that would have gone through Mexico.

Editor’s note: FactCheck.org is one of several organizations  to debunk misinformation shared on social media. Our previous stories can be found here.