Under a Democratic President, McConnell Vows a Return to Total Obstruction | Washington Monthly 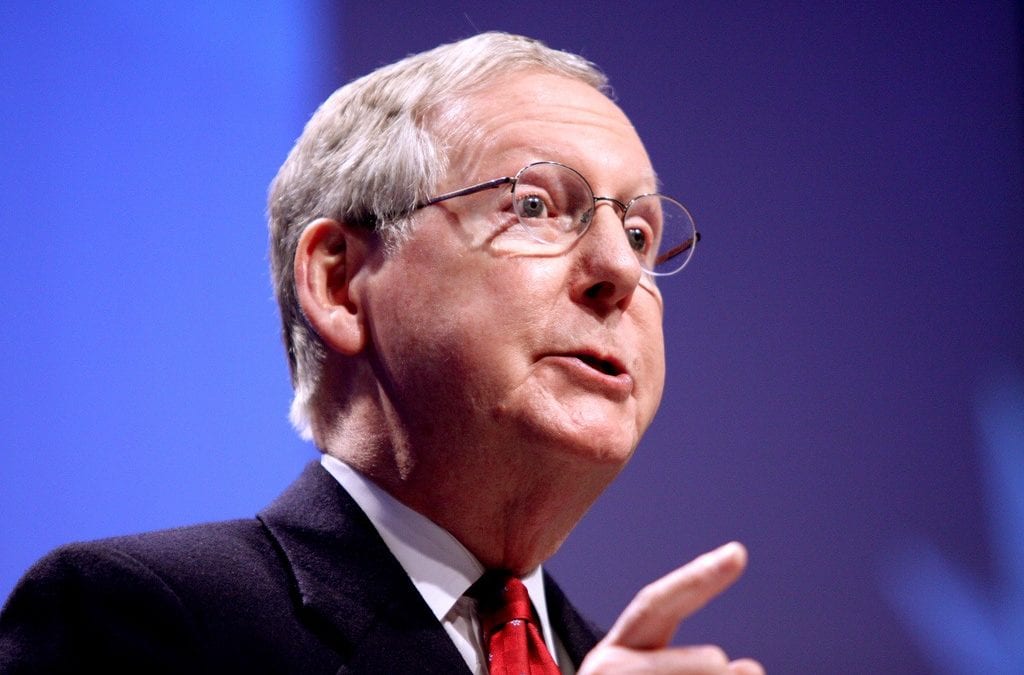 If a Democrat wins the presidential election in November, Senate Majority Leader Mitch McConnell has already promised what he’ll do.

“If I’m still the majority leader in the Senate think of me as the Grim Reaper. None of that stuff is going to pass,” McConnell said while speaking to community leaders in Owensboro, Ky.

McConnell noted that if Republicans win back the House or President Trump wins reelection “that takes care of it.” But he pledged that even if Republicans lose the White House, he would use his position as majority leader to block progressive proposals…

“I guarantee you that if I’m the last man standing and I’m still the majority leader, it ain’t happening. I can promise you,” McConnell added.

Just as in 2010, when McConnell said that his number one priority was to make sure that Obama was a one-term president, even as the country was struggling to recover from the Great Recession, he is now vowing to obstruct whatever a Democratic president might try to accomplish. That’s nothing new, but he is now on record about his intentions. Nothing will happen on any of the issues that are of concern to Americans as long as McConnell is the Republican leader in the Senate.

During the Democratic debates, I was tempted to throw something at the TV screen when candidates talked about how they’d deal with McConnell if they were elected president. That is the wrong answer. The majority leader is up for re-election this November and Democrats need to prioritize making him a six-term senator (McConnell was first elected to the senate in 1984, 36 years ago). While the Kentucky primary isn’t until May 19th, McConnell’s most likely opponent is Amy McGrath, in case you’d like to make that a personal priority.

While defeating the man who, as Bob Moser wrote, “sold America with his scorched-earth politics,” needs to be a priority, it won’t be enough. If Republicans maintain a majority in the Senate, they’ll simply choose someone else to follow in McConnell’s footsteps. That’s where the kind of news we just heard from Public Policy Polling is so encouraging.

There was also some good news from Montana on Wednesday.

Gov. Steve Bullock of Montana is poised to reverse himself and run for the Senate, according to three Democratic officials, a decision that would hand the party a coveted recruit who could help reclaim a majority in the chamber.

After months of insisting he would not challenge Senator Steve Daines, Mr. Bullock, who ran for president last year, has told Democrats in the last week he is now inclined to run in what would immediately become one of the marquee Senate races of 2020.

That could ultimately pit the current governor of Montana against Trump-wannabe Senator Steve Daines in a race that Democrats believe would at least be competitive.

Stopping Mitch McConnell is a two-stage process. Voters need to: (1) elect Amy McGrath to be the next senator from Kentucky, and (2) ensure that Democrats win a Senate majority. What it all comes down to is taking the advice of Senator Brian Schatz.