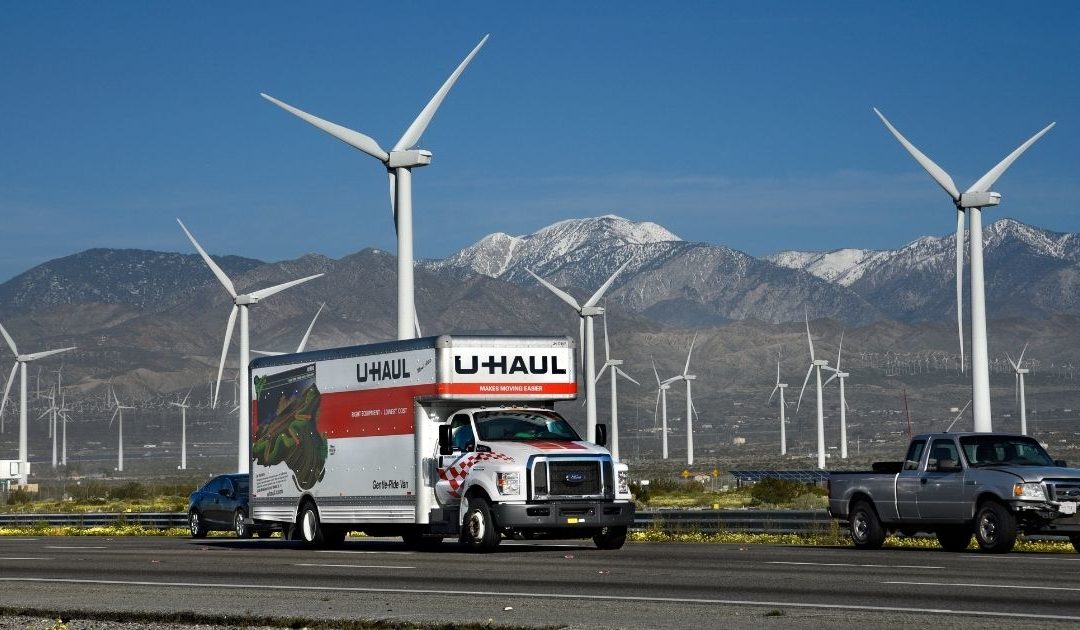 Enslaved Hebrews needed God’s help to flee out of Egypt. Freedom-starved citizens are turning to U-Haul to make their escape.

U-Haul released its yearly report on Jan. 3.  The overall results may not be surprising, but the scope of the report is.

The number of people fleeing governmental tyrannies and economic downturns — the two go hand-in-hand — has risen, the report appears to indicate.

With well over 2 million one-way truck rentals taking place annually, U-Haul is an authority on migration trends. Its network of operations covers all 50 states in the U.S. and 10 provinces of Canada.

Even with approximately 176,000 trucks, 126,000 trailers and 46,000 towing devices at their disposal nationwide, the company still ran out of inventory in California last year. Maybe that’s why the net loss of U-Haul trucks in California wasn’t as severe as in 2020. Nevertheless, California remained at the top of the list for outbound migration. Illinois came in second. Pennsylvania took third.

New York, a haven for criminals, came in sixth place, with Alabama in the fifth position and Massachusetts coming in fourth.

The winners of this contest likely won’t show up to claim their prizes.

All three of the top “winners” have liberal strongholds in major American cities like San Francisco, Chicago and Philadelphia. All three of the cities are plagued by crime.

Steve Miller, former advisor to President Trump, told Larry Kudlow that the crime surge in Democrat-led cities is “now worse than it has ever been before.”

“There’s nothing compassionate,” Miller said, “about reorienting our entire society for the benefit of the sliver of people in this country who are malicious and violent.”

There’s nothing reasonable about it, either. Going soft on crime and being hostile to law enforcement is not only at war with reason, it’s a sure way to hell where reason becomes an impossibility.

On the other side of the equation, Texas wins first place for the state with the highest growth status. Second goes to Florida, and third place goes to Tennessee, which took first last year. All of these states have strong economies, but that’s not all. They are led by conservatives who don’t cotton to big government. They don’t reward crime. And they push back against draconian measures of the Biden administration.

In Texas, for example, Matt Merrill, U-Haul Area District Vice President of the Dallas Fort-Worth Metroplex and West Texas said, “We see a lot of growth coming from the East and West Coast. A lot of people moving here from California and New York. We also see a lot of people coming in from the Chicago markets. I think that’s a lot due to the job growth – a lot of opportunity here. The cost of living here is much lower than those areas. Texas is open for business.”

South Carolina, Arizona, Indiana, Colorado, Maine, Idaho and New Mexico make up the remaining top 10 growth states of 2021. Notice the trend. By and large, people are fleeing from liberal strongholds to conservative lands of the free.

The reasons people make the decision to move out of state, of course, are varied and complex. The overall trend, however, is clear. People love freedom and will uproot their lives and move to a new state when that freedom is threatened. It is as simple as that.

The Hebrews sought to be freed from their overlords. Americans are doing the same. God endowed humans with free will. It’s only human to seek out freedom when deprived of this grace.

There is a danger here, however, for conservatives. Will the people fleeing chaos sown by liberal policies bring the chaos with them to their new homes? I doubt it. Once they have tasted the clean air of freedom, my bet is that they will want to keep breathing.

Submit a Correction →
* All fields are required.


* All fields are required.
The Western Journal is pleased to bring back comments to our articles! Due to threatened de-monetization by Big Tech, we had temporarily removed comments, but we have now implemented a solution to bring back the conversation that Big Tech doesn’t want you to have. If you have any problems using the new commenting platform, please contact customer support at commenting-help@insticator.com. Welcome back!