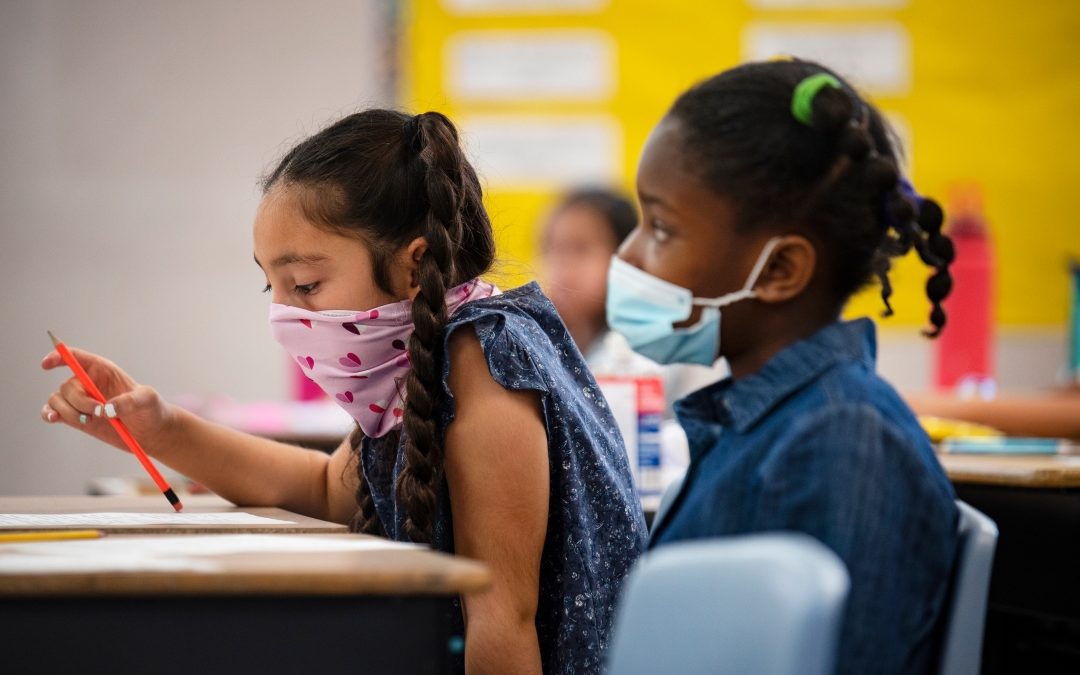 Just two school districts accounted for the vast majority of COVID-19 testing in the first month of Colorado’s federally funded program to test students, teachers and staff in schools each week.

And as of last week, nearly two months into the program, only about 6,000 students are getting swabbed weekly, still less than 1% of the state’s K-12 population, but the highest number of tests the state has performed so far.

The data provides a window into the slow start of the testing program, which missed the first few weeks of school entirely in districts around the state, and still struggles to attract participation as federal approval for vaccinating children ages 5-11 is just around the corner.

In the meantime, the virus continues to spread: There were 4,664 positive COVID-19 cases associated with active outbreaks in K-12 schools, according to data the state released last week.

Colorado submits numbers to the feds

A report that the Colorado Department of Public Health and Environment submitted to the federal Centers for Disease Control and Prevention last month shows there were just 600 rapid tests conducted in the first week the program was operational, almost all of them in Jeffco Public Schools.

In the third week of testing, there were 2,900 rapid tests, with Mapleton Public Schools getting its program going with almost 300 of those tests.

In the fourth week of testing, however, the number of tests actually declined by almost 10% overall, and more than 20% in Jeffco, which dropped to 1,720 rapid tests in the last week of September from 2,240 rapid tests the week before.

Pam Yoder, COVID response team project manager in Jeffco Public Schools, doesn’t know why the district experienced a drop in testing. One contributing factor could be “the ebb and flow” of sports and activities that students are involved in, she said. Most Jeffco students who have been tested for the virus are unvaccinated student athletes. The Jefferson County Public Health requires those students to get tested to participate in events sponsored by the Colorado High School Activities Association.

Student testing numbers remained steady at about 1,500 tests per week throughout October, Yoder said. That represents about 2% of the district’s student population, which last year totaled more than 80,000 kids.

Yoder said the financial incentives that are part of the program — kids who are tested receive $25 for their first test and $10 for each subsequent test — haven’t helped recruit many students.

But the district plans to expand testing following a mandate from Jefferson County Public Health that students participating in all extracurricular activities — not just sports — get tested. The district is collaborating with the local health department, CDPHE and the testing contractor to figure out how to scale up, Yoder said. Jeffco currently has 18 testing sites at high schools.

Operating the testing program has been a heavy lift for Jeffco staff, who logged 2,700 additional hours of work from August through October, as they created a data reporting system that would align with the local and state health department systems, Yoder said. Staff members also had to ensure data would be kept private and ensure the district was following human resources requirements for staff reporting of test results. Additionally, school nurses and their departments must stay on top of quarantines and outbreaks and keep people across the district informed.

The district relies on state-assigned testing contractor Mobile Health for testing staff and all testing materials, but has scrambled to figure out how to deploy staff to assist with testing students. That can mean either pulling staff from regular duties, which creates new holes to fill, or piling extra work on top of normal duties, Yoder said.

“We all feel like we’re building an airplane while we’re flying it,” said Yoder, who previously served as a principal and took over the district’s response to the pandemic toward the end of September.

“There was no system in place for CDPHE, for Mobile Health or for us to make this work,” she said. “All stakeholders have had to come up with something.”

Testing students has been especially taxing on the district’s security team, in part because Jeffco has had to ensure that the testing sites it has set up have been accessible to the public in a safe and secure way, Yoder said.

The program is further complicated by the need to sync data reporting between the district and Mobile Health, finding sites for testing and setting up schedules that work for each site and school, Yoder said.

“It has been and is an ongoing challenge,” she said.

Another district that was able to get its program going early on was Mapleton Public Schools. The district conducted 422 rapid tests in the last week of September, or nearly 5% of the 9,000 students enrolled last school year. Mapleton did not provide any district official for an interview, but sent a statement noting, “participation in the in-school screening program remains strong.”

The difficulty of coordinating with CDPHE and testing contractors has made it hard for some districts to quickly set up testing for students and faculty. Not captured in the state’s report to the CDC is the recent start of the testing program in Steamboat Springs School District.

Steamboat Springs Superintendent Brad Meeks told The Colorado Sun that the district had nearly 600 tests last week in a district with about 2,600 students.

But, Meeks said, “getting it up and going took a little while.”

He said the district’s hope was to have testing ready before school started. “That, obviously, would have been optimal.”

But now that everything is set up, he said principals in the district have reported that, “we’re getting strong participation, and that more people are choosing to get tested each week.”

Echoing reports of delays in other districts, one Western Slope school nurse, who asked not to be named in order to speak candidly about testing, said getting the program going was “a long process.”

“Once we indicated that we were interested, it took a few weeks to get a response,” the nurse said.

Why some districts haven’t opted in

Some districts have opted to not participate in the state’s testing program, citing significant administrative burdens and costs to implement it.

Greeley-Evans School District 6 in August signed up to be part of the state testing program but backed out when district officials realized how time consuming participation would be for staff, said Theresa Myers, chief of communications for the district.

The district of about 22,500 students would have been required to use its own staff to schedule testing, monitor results, pull kids out of class for testing, escort them back and forth and handle contact tracing, Myers said.

“It really became a lot not only to manage that inside the school, but to pull that many kids out for testing,” she said. “It really is a disruption to the learning process, which they already have plenty of.”

Greeley-Evans School District 6 is currently offering rapid testing in its schools for symptomatic students and staff and also has a “mini testing site” at its administration building for students and staff showing symptoms and staff who are trying to return to the classroom after being quarantined, Myers said.

Boulder Valley School District, which last year had more than 29,200 students, has relied on a testing system with COVIDCheck Colorado, which spokesman Randy Barber said is more effective than the state’s rapid testing and “is already widely available and used by our staff and students.”

“It is a far more intensive effort than the saliva PCR tests,” Barber wrote in a text message. “We would need to swab each child — which would take more time, requiring much more staff.”

Colorado Springs School District 11 has considered using the state’s testing program, but has not opted in. Getting consent from families would take a lot of staff time, and testing entire school populations would eat into instruction as students work to regain ground lost amid pandemic disruptions, said Cory Notestine, the district’s executive director of student success and wellness.

Additionally, the district, which has about 25,000 students, isn’t convinced that the results of testing would be worth the work required to pull it off.

The number of tests given in any single week “would not prevent positive cases from arriving at our schools,” Notestine said.

He added that free testing is already widely available in El Paso County.

“We haven’t heard from our community that this is what they want to have done for their students,” he said.

Still, Gov. Jared Polis and CDPHE officials are urging districts and schools to open up the program to their students, and parents to sign up their children. A spokeswoman for the state said the program will continue throughout the school year, even after children ages 5-11 can get vaccinated. State officials expect the number of tests to increase, but getting more districts to buy in isn’t a guarantee.

To move forward with the state program, Greeley-Evans School District 6 would need more personnel and to limit testing windows to before and after school, Myers said. But, with vacant positions across the district including in school nursing and health clerk roles, finding additional staff is a significant challenge.

“That’s not an easy task right now,” she said, adding, “we can’t hire people for the positions that we have open now.”