Two Colorado women to be part of historic baseball broadcast 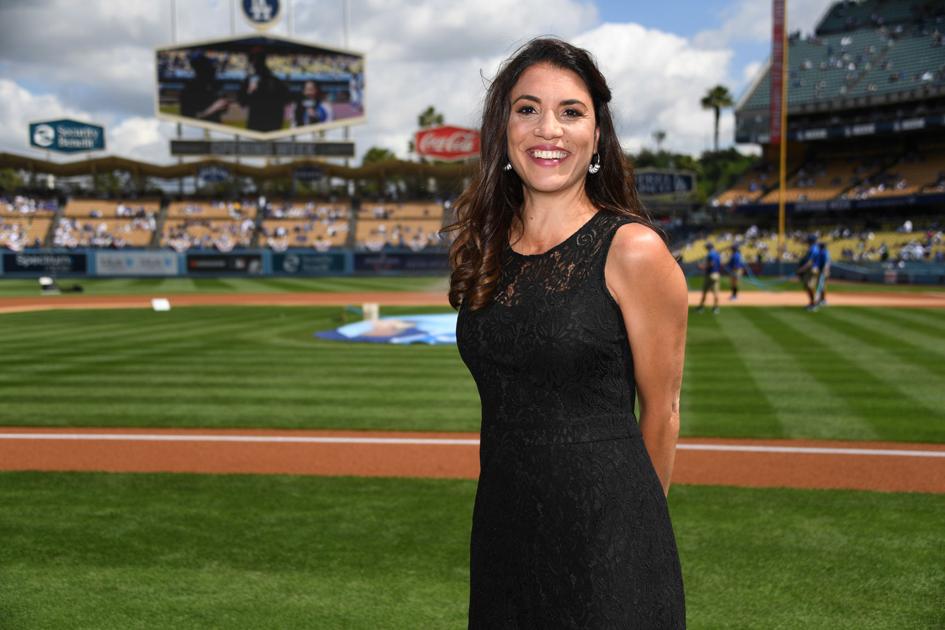 When Lauren Gardner saw the broadcasting lineup for Tuesday’s Orioles and Rays game, her first thought was, “Wow, what a talented group.”

It wasn’t until later that she realized it was also historic. In fact, it’s believed to be the first all-female broadcasting crew to staff a televised major league baseball game.

Gardner joins Heidi Watney to host the pre- and postgame shows, while Sarah Langs will handle analysis, and Alanna Rizzo will serve as on-field reporter.

“It is an absolute honor,” Gardner said. “On one hand it is one of those, pinch-me moments. You look at the other names and you see that they are so talented and capable. When I first looked at it I just saw really good broadcasters, they just happen to be all women.”

Rizzo had a similar experience. When MLB Network asked her to do the game, Rizzo simply said, “Of course.”

“Then I found out two days later that it was an all-female team,” she said. “It is certainly an honor to be part of, but I think all of us are ready for it to not be a novelty anymore, and for it to be more commonplace.”

That makes sense for a number of reasons, but mostly because Gardner was right when she said it was a talented, qualified group. All four women have resumes that speak for themselves.

Langs has worked at ESPN, CSN Chicago and SNY TV, while Watney worked for the New England Sports Network covering the Red Sox before joining MLB Network in 2012.

Rizzo’s is a face Colorado sports fans will recognize when she pops up on their TVs on Tuesday night. She spent time working for Root Sports Rocky Mountain, where she won three regional Emmy awards before heading to Spectrum SportsNet LA as a Dodgers reporter. Now, she works for MLB Network.

She was in Colorado in 2007 when the Rockies made their only World Series appearance. She still counts it as one of her favorite memories of the industry.

“It was the middle of that crazy run where they won 21 out of 22 games to get to the World Series,” she said. “I was brand new with the Rockies and really brand new to my career. That was a very exciting moment.”

She also remembers covering Ubaldo Jimenez’s no-hitter against the Braves — the first of six no-hitters she has worked.

Gardner is also no stranger to the Colorado market. She got her start at Fox Sports Rocky Mountain as an intern and also worked at Altitude Sports before signing with the MLB and NHL networks.

They have ties to Colorado that go deeper than their career paths. Both were born and raised in the Centennial State. Rizzo grew up in Colorado Springs and attended Sierra High School. Gardner grew up in Denver, attended the University of Colorado-Boulder, and was so entrenched in Colorado sports that she was a Broncos cheerleader for a time.

Being from Colorado is a source of pride for the two journalists, and it adds another layer to Tuesday’s game coverage.

“It is really special to be representing our home state and to have that Colorado connection,” Gardner said.

It’s also special for Gardner to be working with Rizzo, because the Sierra graduate was someone who encouraged her from the start of her career.

Gardner was doing her first on-camera job, as the end-game host for the Rockies while Rizzo was in her tenure as a Rockies reporter.

Gardner was new, and with that comes jitters and nerves. But interacting with Rizzo helped put her at ease.

“She came up to me, and she had no obligation to do that, but she told me I was doing a great job,” Gardner said. “It was such a great moment, for someone I looked up to and admired to go out of their way to be kind.”

The two have stayed in touch since then, and have become friends and allies in the industry.

When the Orioles and Rays play, the broadcasting crew will be historic for women and the industry, but for Gardner, Watney, Langs and Rizzo, it’s just one of many, many games they’ve been a part of.

And there are many more to come, both for them, and for the women who come after them.

It may be the first all-female broadcasting crew, but it won’t be the last.

“For all the young women out there, I think this is so important,” Gardner said. “And on the flip side of the coin, it is important for young boys to see an all-female crew and to know that this is the new norm. You can watch women in all of these positions and know that gender doesn’t determine your passion.”