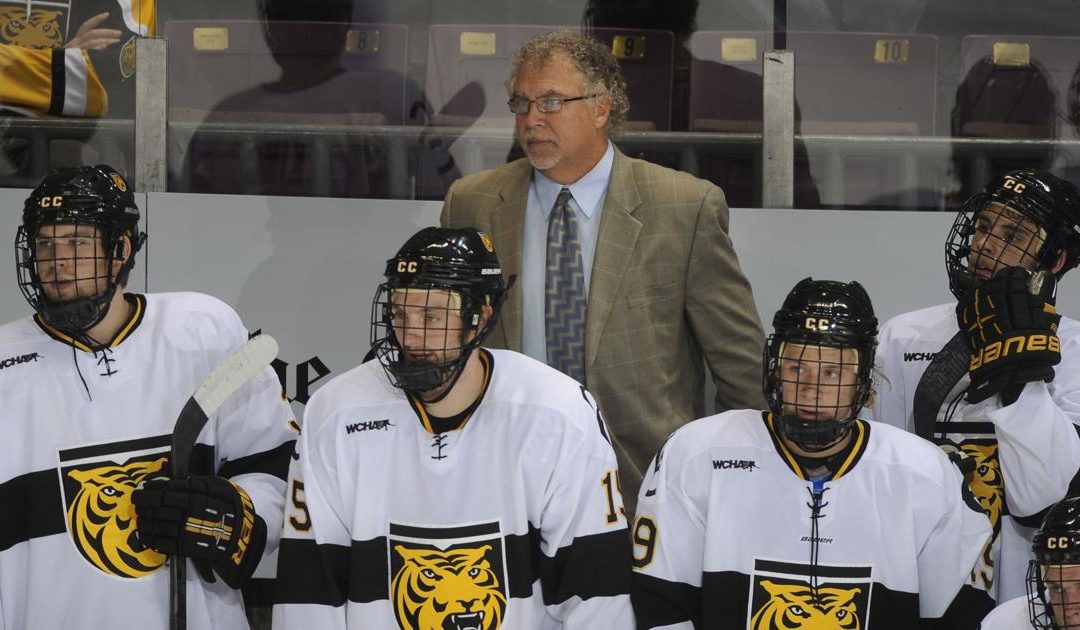 Doug Hugill, a 1979 Wasson graduate and long-time high school track and cross country coach at Coronado, is the winner of the Col. F. Don Miller Sports Service Award. Bill Hybl, the Executive Chairman of El Pomar Foundation, will be honored with the Thayer Tutt Sportsman Award.

“This is a tremendous class, and it underscores the city’s rich sports history, and the women, men, teams and contributors who will be recognized in years to come with our wonderful event,” Sports Corp. chairman Dave Palenchar said.

Owens was the longest-tenured and winningest coach in the history of CC hockey with 324 wins (.579 winning percentage) over 15 seasons. He became the head coach in 1999 and directed 16 All-American selections and two Hobey Baker Memorial Award winners – Peter Sejna (2003) and Sertich (2005).

Sertich joined CC as a top prospect from Minnesota in 2002. He dressed for every collegiate game and led the nation in scoring in 2004-05 with 64 points, (27 goals, 37 assists). He won the Hobey Baker Award that season.

The 1970 Air Force football team went 9-3 under Ben Martin and finished 16th in the nation in The Associated Press poll. The Falcons earned an invitation to the Sugar Bowl, where they lost to Tennessee.

Bucolo became the first tennis player in Colorado prep history to win four consecutive Class 4A state singles titles. She was 68-0 during her high school career and later starred for the Notre Dame, where she earned Big East Rookie of the Year honors as a freshman and later received All-American accolades.

Hassler’s coaching career at F-FC included 10 state track and field championships. He served as boys’ track coach for 31 years and the girls’ track coach for 22 years. In football, he was a defensive coordinator for 38 years and helped Trojans teams win 237 games.

Maki wrestled for two years and was a linebacker for four years at Air Force under Fisher DeBerry.

The 21st annual induction ceremonies and banquet is sponsored by The Gazette and ANB Bank.