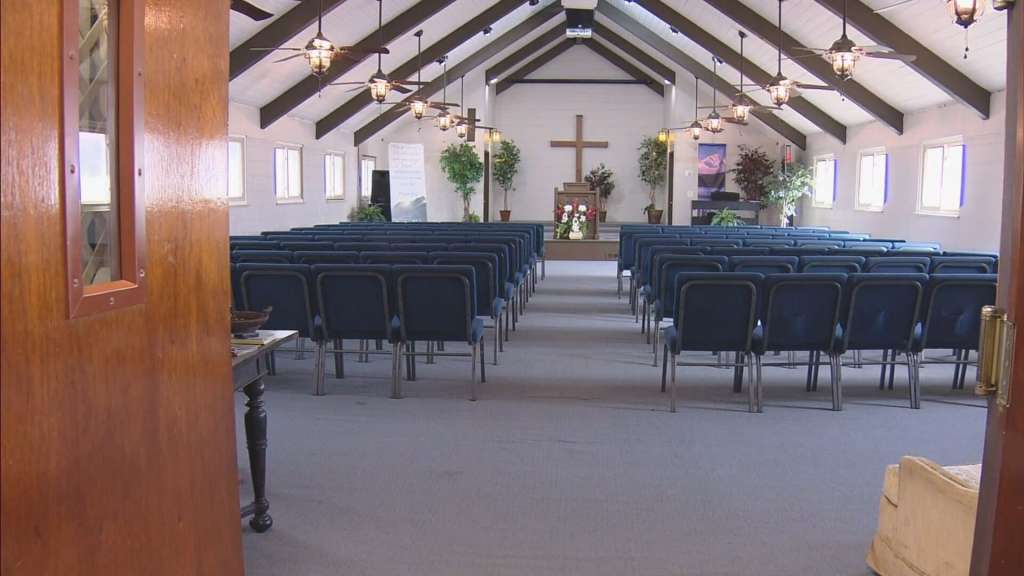 (CNN) — As the US enters what experts say will be another Covid-19 surge, a federal judge ruled two Colorado churches don’t have to limit how many worshippers come in and don’t have to require them to wear face coverings.

Colorado set guidelines earlier this year for places of worship that include ensuring all attendees wear face coverings. Guidelines from the US Centers for Disease Control and Prevention say places of worship should “encourage use of masks among staff and congregants.” And as the virus now runs rampant across many US communities, experts have said face coverings and social distancing remain the country’s most powerful tools against Covid-19 ahead of a vaccine.

But following a lawsuit against state and federal officials by Pastor Robert A. Enyart of Denver Bible Church and Pastor Joey Rhoads of Community Baptist Church, Judge Daniel D. Domenico sided with the churches and found the state’s restrictions violate the Constitution.

The judge said that while the state may have made the decisions in good faith, “the Constitution does not allow the State to tell a congregation how large it can be when comparable secular gatherings are not so limited, or to tell a congregation that its reason for wishing to remove facial coverings is less important than a restaurant’s or spa’s,” according to court documents.

“We have a right, even an obligation to worship him [God], and that’s without government interference,” Enyart told CNN following the judge’s decision.

“The government has put artificial limits on how many people could attend. And those limits make it pretty much impossible for families to know if they could come to church,” he added. “It is too arbitrary, and we are so thankful this federal judge rules gave us (this) preliminary injunction to strike down the one arbitrary limit and the mask requirement.”

A spokesman for the governor’s office told CNN in an email he would not comment on “pending litigation.” He added the attorney general filed an emergency motion for a stay of the injunction Monday, “pending appeal in the Tenth Circuit.”

‘Church is a place that absolutely this killer can really thrive’

The court battle comes amid a time where infections, hospitalizations and deaths are trending upward across the country. At least two other states have linked Covid-19 outbreaks to churches.

In West Virginia, the governor said this week at least 18 active outbreaks were traced to church services in the state.

“We all know that church is a place that absolutely this killer can really thrive. We’re singing, we love to see all those that we love and that are in our church family with us,” Gov. Jim Justice said Monday.

“It’s an absolute place where a lot of our elderly go and we’ve got to wear a mask, stay a pew apart, and from the standpoint of our elderly, you can get your services online or something like that,” he added.

The CDC has also warned singing in close proximity can facilitate the spread of the virus and has recommended organizations consider temporarily ” suspending singing, chanting, or shouting during events especially when participants are in close proximity to each other.”

In Maine, at least three people were hospitalized with the virus and 46 others infected after a fellowship event at a church.

At least 49 cases were linked to the outbreak in the church and a state health official said Thursday that number will likely rise over the coming days.