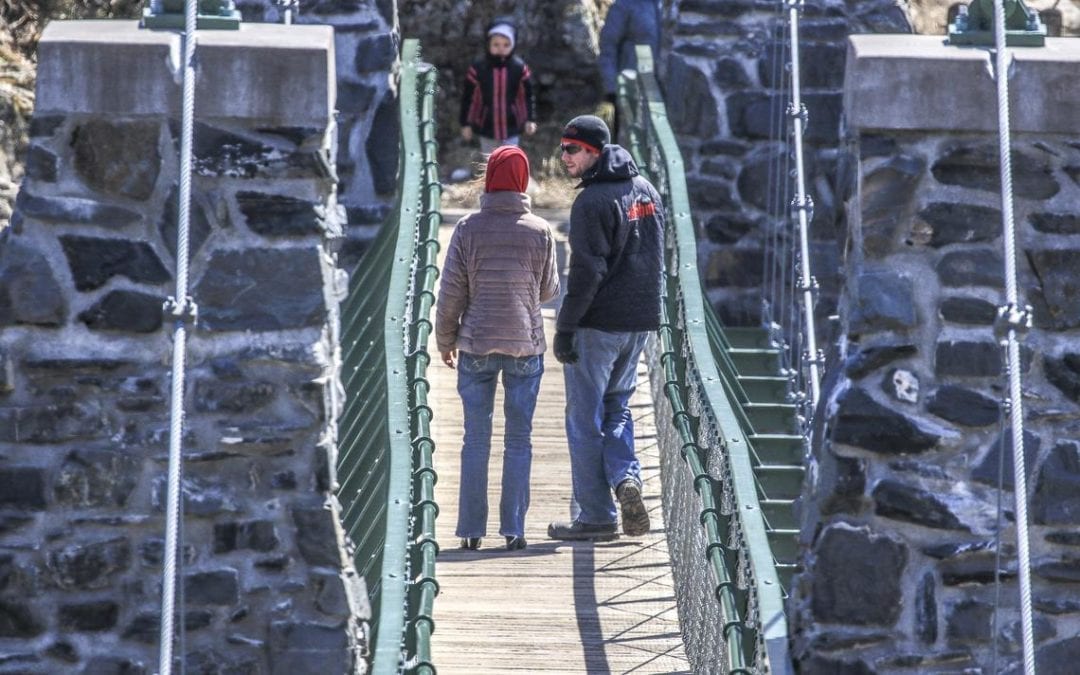 Several Minnesota Department of Natural Resources conservation officers noted in their weekly reports Monday that many state parks were brimming with people in recent days. Parking lots at Gooseberry near Two Harbors and Jay Cooke in Carlton were at “full capacity’’ over the weekend, Conservation Officer Keith Olson, of Duluth, said.

Conservation Officer Thomas Wahlstrom, of Grand Marais, reported a “large influx of people from the Twin Cities and surrounding area flooded the state parks over the weekend.” He said most did not buy the required state park pass that are issued online or at kiosks with park offices now closed.

“State park use was very high again over the weekend,’’ Conservation Officer Mary Manning, of Hovland, noted. “The majority of visitors to the North Shore are still from well outside the area.”

In addition to the governor’s order to stay home, many northern counties, including Cook County, have issued proclamations asking outside residents to stay away, including cabin owners, campers and people who stay in lodges. Local officials are worried that visitors who might be sick with COVID-19 and not know it could risk spreading the disease in rural areas with medical facilities ill-equipped to handle an outbreak.

Others ignored the statewide order that has closed all campgrounds.

“State park vehicle passes were again hard to come by as people continue to enter the park without a permit,’’ Conservation Officer Kylan Hill, of Tofte, noted. “A few people were also contacted for camping violations. Even though they saw the signs stating the campgrounds were closed, they took the risk and ultimately received citations.”

Minnesota DNR officials have encouraged people to get outdoors to recreate during the COVID-19 outbreak but to do so in their own community and to obey the “spirit’’ of the stay-at-home order by always social distancing and not traveling to be outdoors.

Wisconsin Gov. Tony Evers last week closed state parks in the southern half of the state because crowds were too big, people congregated too close together and due to major trash issues.