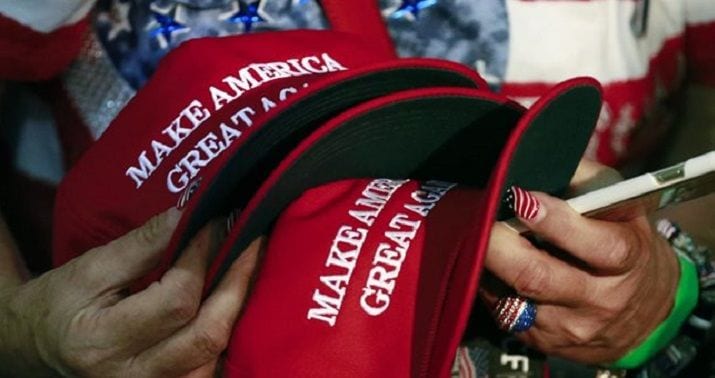 As a wise man said to me this morning, “People are nuts.” How true, especially in these stressful times of a coronavirus pandemic, economic collapse, and a rapidly approaching presidential election. To prove the point, there is a story out of Colorado involving a grown woman and a twelve-year-old boy.

When did it become acceptable for adults to attack children over political disagreements? Apparently, if Donald Trump is the president, anything goes. In Boulder, Colorado, a community known for its wokeness, a woman was so triggered by the sight of a boy riding a bike while holding a Trump sign that she physically attacked him. Then she fled the scene and police have not found her. What a cowardly and thuggish thing to do. The attack occurred at 3:00 p.m. in north Boulder.

According to police, the boy was riding his bicycle with the Trump sign when the suspect, described as a white female in her 20s or 30s riding a moped, stopped and made a U-turn. The woman drove up to confront the boy, saying something like, “you want something to look at” and “began assaulting him because of his political banner,” police said.

The woman allegedly hit the boy with a closed fist on his arms and the back of his head four or five times and scratched him. The boy told police the woman attempted unsuccessfully to steal the Trump sign before leaving.

“I was just shocked about why she did that,” the boy said. “She probably didn’t know that I was a 12-year-old. But either way, whatever age I am, they shouldn’t be doing that.”

The woman was described as having blondish-brown hair, wearing a tan jacket, blue shirt and blue jeans, and riding a blue or gray moped.

That is some “assault”, right? A twenty to thirty-year-old woman rides a moped by a boy with a Trump sign. She can’t handle that sight so she does a u-turn and tries to snatch the sign away from the twelve-year-old. As she does so, she punches him with her closed fist in the head and his arms. Good heavens.

The boy’s father is ready to press charges, should the police find her, as you can imagine. He said his son was carrying the sign because “My son’s a very patriotic person. He appreciates what the president’s doing for our country.” The boy is clearly living in a Trump-supporting household and his parents encourage political discourse. In normal times, that would be a good thing. The boy is being educated about politics and, I would assume, our government. He got a hard lesson in reality, though, 2020-style. Politics is a hot button issue, even during less stressful times.

This is why so many Trump voters remain quiet. They don’t put signs in their yards or bumper stickers on their cars because it can lead to the destruction of personal property, besides just sign theft. This is why people don’t admit for whom they will vote, they just go and do it on Election Day.

Recently I wrote about a seven-year-old who came under attack for a MAGA hat. Young Riley was with his parents outside of the Democrat convention and some Biden voters – also twenty-something women – stole his hat and then physically assaulted Trump supporters. They were arrested and held accountable.

Riley received a package from the Trump campaign this week. It was campaign swag from President Trump to thank him for his support. Riley’s mom works for Turning Point USA. Now Riley has a MAGA hat that is signed by the president.

Students for Trump, a group led by Charlie Kirk, the CEO for Turning Point USA, tweeted a photo on Tuesday of assorted items, including a signed “Make America Great Again” hat, a mug, a water bottle, and a number of other presidential paraphernalia it said was delivered to the boy, Riley, and his mother, Abbey.

The White House confirmed to the Washington Examiner that it sent the gifts to Riley and that the items were from the president’s personal collection.

The 7 year old boy who was attacked and had his MAGA hat stolen outside the DNC?

This is what President @realDonaldTrump sent him! pic.twitter.com/ZdlrEWdDzg