Trump says he only gave Colorado 1% of the ventilators it needs after GOP senator asked for them | Salon.com 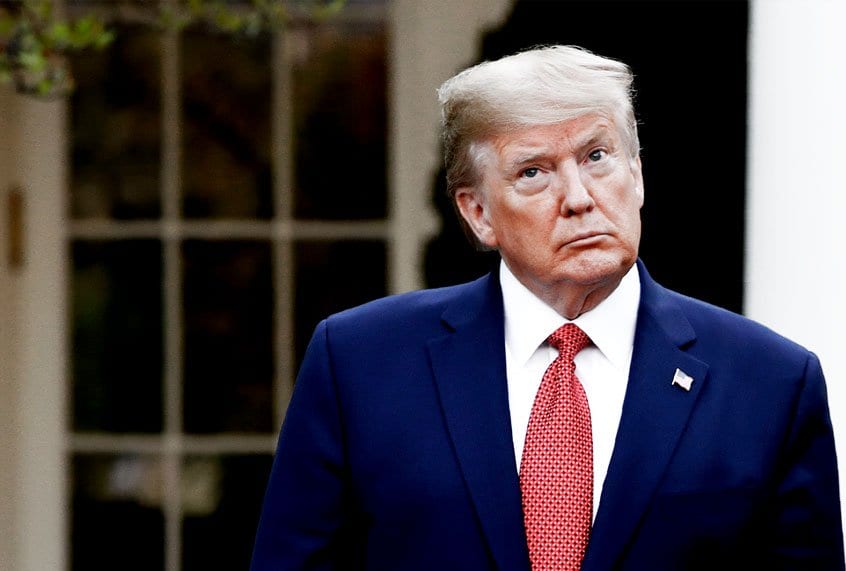 President Donald Trump was accused of political favoritism in the administration’s coronavirus response after only sending a fraction of the ventilators sought by Colorado’s Democratic governor “at the request” of the state’s Republican senator.

Colorado Gov. Jared Polis, a Democrat, has been pleading for the federal government to provide his state with 10,000 ventilators since last month.

“Colorado’s COVID-19 death rate is rising faster than any other state right now; the pandemic is spreading so fast that lags in testing are masking the true conditions experienced by Coloradans across the state,” Polis said in a letter to Vice President Mike Pence, who is leading the White House coronavirus task force.

“We can’t compete against our own federal government,” he said. “So either work with us, or don’t do anything at all. But this middle ground where they’re buying stuff out from under us and not telling us what we’re going to get, that’s really challenging to manage our hospital surge and our safety of our health care workers in that kind of environment.”

But Trump announced Wednesday that his administration would be “immediately sending 100 Ventilators to Colorado at the request of Senator [Cory] Gardner,” a vulnerable Republican up for re-election.

The announcement came after Gardner spoke with the president personally, he told Fox News.

Pence pushed back when asked whether Gardner’s personal relationship with Trump led to Colorado getting life-saving equipment.

“We’ve been watching Denver very closely . . . We’re beginning to see some encouraging news in our interactions with the governor and with local officials and with the senator,” he told reporters at Wednesday’s White House news briefing. “We’ve made an effort not only in Colorado, but around the country, to be particularly responsive to states where we’ve seen a growth in cases.”

But Rep. Diana DeGette, D-Colo., who chairs the House Energy and Commerce Committee’s Oversight and Investigations subcommittee, told CNN that the move smells of political favoritism.

“It seems that way to me,” she said when asked if it appeared to be a political favor to Gardner. “I was totally outraged.”

DeGette, who has served in Congress for more than two decades, told the network that “this thing that happened with Sen. Gardner and President Trump is very disturbing.”

In a private call with House Democrats on Wednesday, the congresswoman accused Pence of “lying” about the process for distributing ventilators, according to CNN.

“Nowhere did it say if a Republican senator calls up the president they can get it,” she said, adding that the vulnerable Republicans then took “all kinds of credit on national TV.”

Polis dodged questions about the issue when pressed Wednesday by reporters.

“Well, you’re not going to get my read on it, because I’m not here to do political analysis,” he said. “I’m here to celebrate any ventilators that arrive in our state, and of course, we are grateful for 100 ventilators.”

Officials in at least a half-dozen states have complained that the federal government has seized equipment shipped to states and numerous governors, including Republicans in Maryland and Massachusetts, slammed the feds for bidding against states to acquire vital ventilators.

Details about the federal response from the Department of Health and Human Services and the Federal Emergency Management Agency (FEMA) released Wednesday by the House Oversight Committee also show that the federal government sent the same number of N95 respirator masks used by emergency workers to every state in its “final push” to get equipment from the national stockpile out before handing the task off to the private sector. As a result, Vermont received about 193 respirators per 1,000 residents while Texas received just five per 1,000 residents.

“Now that the national stockpile has been depleted of critical equipment, it appears that the administration is leaving states to fend for themselves, to scour the open market for these scarce supplies and to compete with each other and federal agencies in a chaotic, free-for-all bidding war,” House Oversight Chairwoman Carolyn Maloney, D-N.Y., said in a statement. “The president failed to bring in FEMA early on, failed to name a national commander for this crisis and failed to fully utilize the authorities Congress gave him under the Defense Production Act to procure and manage the distribution of critical supplies. He must take action now to address these deficiencies.”

Under fire from Democrats over the administration’s response, Trump has used the White House coronavirus press briefings to instead push conspiracy theories he hopes will boost his re-election efforts.

Trump this week claimed, without evidence, that mail voting, which is used widely by numerous states, including Republican strongholds like Utah, is “corrupt” and used by Democrats to “cheat.” There is no evidence of any widespread mail ballot fraud, and the only recent anecdotal evidence is a mail ballot fraud scheme orchestrated by a Republican operative in North Carolina.

“Mail-In Voting, which is ‘RIPE for FRAUD,’ and shouldn’t be allowed!” Trump falsely claimed Wednesday on Twitter.

“There is no evidence that voting by mail results in significant fraud. As with in-person voting, the threat is infinitesimally small,” said a report from New York University’s Brennan Center for Justice. “Twenty-three percent of ballots were cast by mail in 2016, and twenty-six percent of ballots were cast by mail in 2018. Five states — Hawaii, Utah, Oregon, Washington and Colorado — will run all-mail elections this year. And in 28 states and the District of Columbia, any voter has the right to request a mail ballot without excuse in November.”

But Trump has been surprisingly transparent about his opposition to mail voting, arguing that Republicans cannot win if large numbers of people vote.

Discussing a Democratic proposal to fund mail voting efforts amid the coronavirus pandemic, Trump told Fox News that “you’d never have a Republican elected in this country again” if states expanded mail voting.

Trump has also used the briefings to push his agenda against global organizations by picking a fight with the World Health Organization (WHO), accusing it of being “China-centric” while receiving a large portion of their funding from the U.S.

“The World WHO — World Health got it wrong. I mean, they got it very wrong. In many ways, they were wrong. They also minimized the threat very strongly and not good,” Trump said at Wednesday’s briefing.

Taking its cues from Fox News hosts like Tucker Carlson, the White House is working on a possible plan to cut WHO funding as the pandemic rages on, NBC News reported.

Tedros Adhanom Ghebreyesus, the director-general, appeared to respond to Trump’s threats by condemning politicization of the crisis.