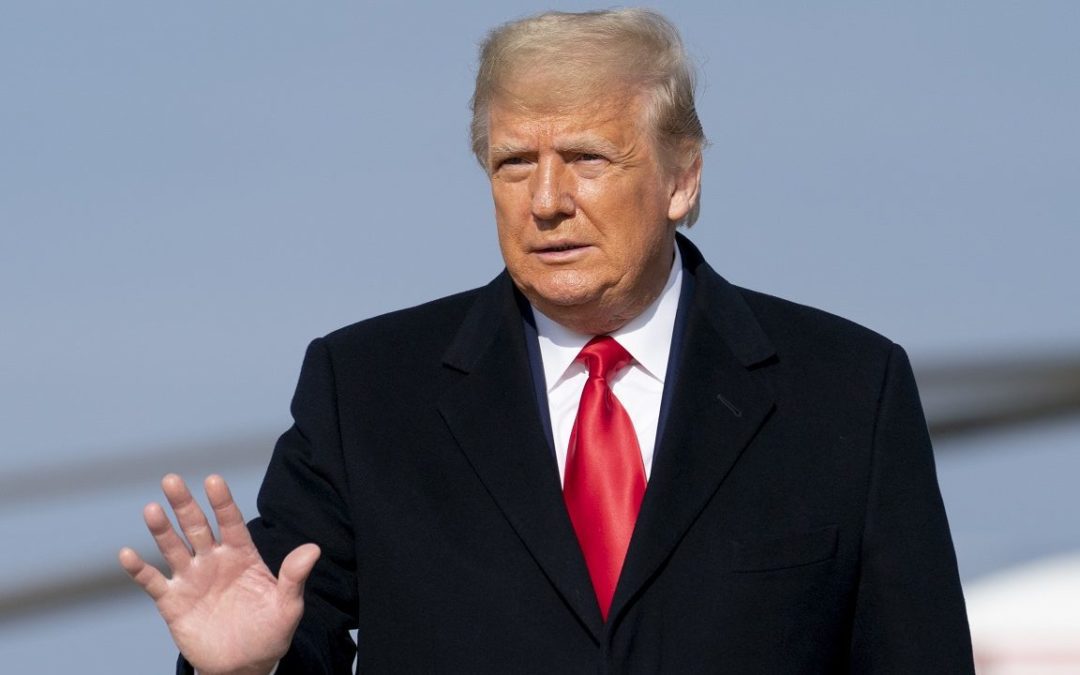 Good morning and welcome to Fox News First. Here’s what you need to know as you start your day …

Biden “used my name today to try to further divide America,” Trump said in a statement. “This political theater is all just a distraction for the fact Biden has completely and totally failed.”

“Our Country no longer has Borders, has totally and completely lost control of Covid (record numbers!), is no longer Energy Independent, Inflation is rampant, our Military is in chaos, and our exit, or surrender, from Afghanistan was perhaps the most embarrassing day in the long and distinguished history of the United States — and so much more,” Trump continued.

Biden, in a speech delivered Thursday morning, took several shots at Trump, claiming the Republican “created and spread a web of lies about the 2020 election,” and that he did this “because he values power over principle; he sees his own interest as more important than America’s interest; his bruised ego matters more to him than our democracy or our Constitution.”

In his response, Trump also took a shot at the House committee investigating the events of Jan. 6, 2021, repeating his claim that the 2020 presidential election was “rigged.” .

Chicago Public Schools cancel classes for third straight day as battle with teachers union continues
The Chicago Public Schools have canceled Friday’s classes, marking the third straight day that the district has canceled classes due to an ongoing feud with the teachers union over coronavirus safety measures and remote learning.

Pedro Martinez, chief executive for the Chicago Public Schools, told parents Thursday evening to plan for another day without classes unless they hear otherwise from their child’s principal.

“I will not allow [the Chicago Teachers Union] to take our children hostage. I will not allow them to compromise the future of this generation of CPS students. That is not going to happen,” Lightfoot told reporters Wednesday. .

Biden admin plans to have Postal Service mail 500M coronavirus at-home test kits amid surge
The White House plans to work with the U.S. Postal Service to mail out 500 million at-home coronavirus tests to Americans in the coming weeks to address a testing-kit shortage amid the recent omicron surge, according to a report.

Officials hope to start shipping tests within the month; they will be sent to people who request them on a yet-to-be-launched government website, the Washington Post reported, citing four sources who spoke on the condition of anonymity as the program is formalized.

The plan has yet to be officially announced. Confirmation could come as soon as next week, a source told the newspaper. The Biden administration awarded its first testing contract to a manufacturer Thursday, but the name of the company wasn’t reported.

The Postal Service may ask its 40,000 seasonal holiday workers to stay on to help distribute the tests, according to the Post. .

In other developments:
– Harris draws comparisons to Jimmy Carter over ‘malaise’ comment
– FDA ordered to speed up release of approval data for COVID-19 vaccine
– Former advisers press Biden to change COVID-19 strategy: live with it, not shut it down
– MSNBC’s Chris Hayes asks what happened to COVID preparedness funds for schools

pointed out Democrats’ continued hypocrisy as they investigate last year’s Capitol riot while ignoring more than 500 other riots that left hundreds of blocks of American communities burned or looted.

The Democrats and their media allies failed to show the same level of concern or consideration when left-wing rioters besieged a federal courthouse in Oregon last year for weeks on end, the host claimed.

“The gaslighting from the Democrats and the mob and the media is reaching record levels,” he said.”We have fake hysteria, crocodile tears, analogies now to 9/11, Pearl Harbor, and even the Holocaust – complete with a special performance and the cast of ‘Hamilton.'”

Not signed up yet for Fox News First? to find out what you’re missing.

This edition of Fox News First was compiled by Fox News’ . Thank you for making us your first choice in the morning! Have a great weekend, stay safe and we’ll see you in your inbox first thing Monday.