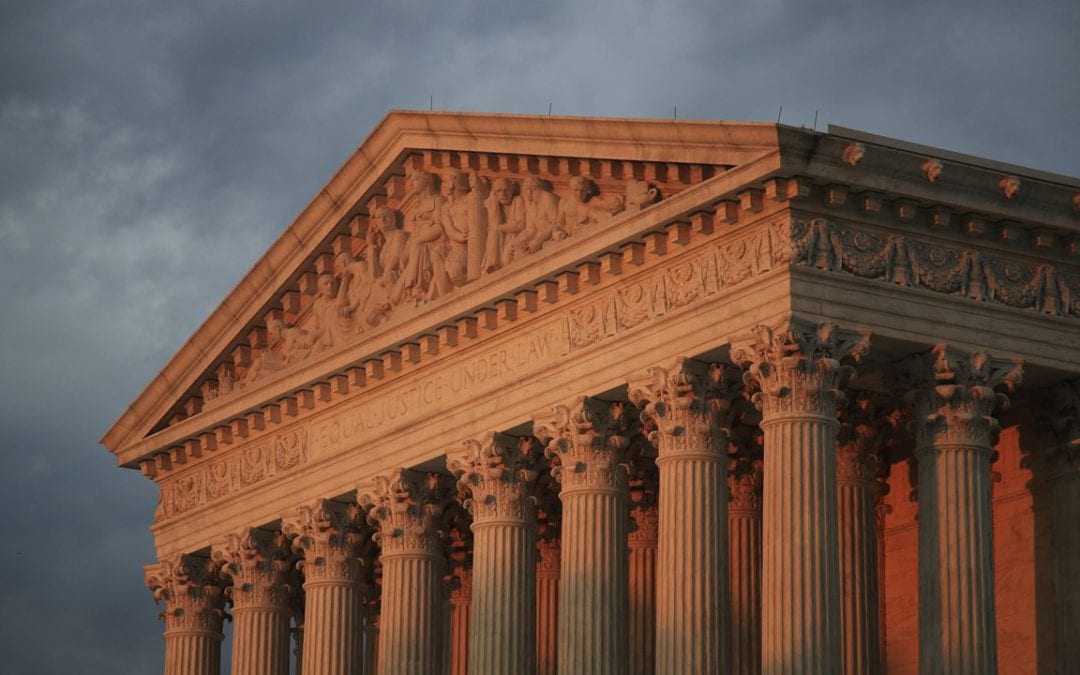 President Trump continues his record-breaking transformation of the federal judiciary with the selection of Judge Justin Walker — a young, brilliant conservative legal mind and everyday American — for the United States Court of Appeals for the D.C. Circuit. Walker, a new federal trial judge in Louisville, Kentucky, is a first-generation college graduate, an outside-the-beltway legal powerhouse, and a committed constitutionalist who understands a judge’s modest, but critical, role is to interpret the law as written — not how that judge wishes it were written if he were a senator. Very few Trump could pick for this sought-after seat would better demonstrate the president’s commitment to draining the swamp.

The D.C. Circuit — often called the “Second Highest Court in the Land” — stands out among the federal courts in many ways, including the large number of cases the court hears challenging regulations produced by the myriad administrative agencies in Washington. But another distinction is that, historically, the judges of the D.C. Circuit have been selected from across the country — not just from Washington. The court currently has members who were selected from North Carolina, South Carolina, and Colorado. President Obama, by contrast, chose four (liberal) judges in a row from D.C. Now President Trump has once again shown how serious he is about giving everyday Americans — like Walker — the opportunity to lend their service to government, including in the judicial branch.

President Trump’s remarkable success in transforming the federal courts is a result of his insistence on conservative, principled, younger-than-average judges, who strictly follow our Constitution and other laws instead of their personal whims. At his investiture as a federal judge, Walker responded to critics who call conservatives “terrifying” and “deplorable”: “there’s nothing ‘terrifying’ about the original meaning of our Constitution, and there’s nothing ‘deplorable’ about defending it.” We should all agree.

Not only is he a strong defender of conservative judicial principles, Walker also has an exceptional reputation as a colleague, mentor, and friend to liberals and conservatives alike. Hundreds of Kentuckians from across the political spectrum wrote letters supporting Walker’s nomination to the trial court, including more than 100 of his former law students, who praised “the intellectual rigor and passion for even handed justice he will bring to the bench.” A diverse group of more than 100 Kentucky lawyers called Walker “a person of integrity who cares about the rule of law and the dignity of the individual.” Twenty-three (23) of his former partners in private practice wrote that “Justin is a tolerant person who enjoys exchanging ideas with persons of varying perspectives and backgrounds. He is delightful, empathetic and humble.”

Even so, Senate Democrats and their dark-money allies are certain to oppose Walker’s nomination, precisely because of the middle–American values and rock-solid constitutional principles Walker stands for. Walker is a devout Catholic, so we can expect more ignorant smears of the “dogma-lives-loudly-within-you” variety. And Walker was an outspoken supporter of Brett Kavanaugh’s — his former boss’s — nomination to the Supreme Court, calling Kavanaugh a “warrior with a backbone of iron” and a “fighter for conservative legal principles.” Democrats failed to defeat Kavanaugh, and they have taken out their frustration on many of President Trump’s lower-court nominees since then. Walker will be no exception; it will likely be worse.

Being a federal judge is hard work. So is being a law professor, a Supreme Court clerk, and a top graduate of Harvard Law School. None of this was handed to Walker. And he has always made time for people who need his help. Thirteen (13) of his former law-student research assistants wrote last year that “[m]ost of us belong to an historically disenfranchised gender or race, and it is no exaggeration to say that no professor did more than Justin to promote our careers.” He has taught writing skills to underprivileged high-school students in Louisville. And for six years, he served as the unpaid executive director of the Global Game Changers Student Empowerment Program, which teaches underserved elementary school children that no matter how young they are and no matter where they come from, they can make a difference in the world.

Walker would know. He’s living proof that in America, where you come from doesn’t limit what you can achieve. With the nomination of Judge Justin Walker to the D.C. Circuit, President Trump has kept his promise to drain the DC swamp and appoint judges in the mold of the late-great Justice Scalia. Every American of goodwill should support Justin Walker’s nomination. And the Senate should vote to confirm.

Mike Davis is the founder and president of the Article III Project (A3P). He served as the chief counsel for nominations at the Senate Judiciary Committee for U.S. Senator Chuck Grassley. Davis previously served as a law clerk on the Supreme Court for Justice Neil Gorsuch.