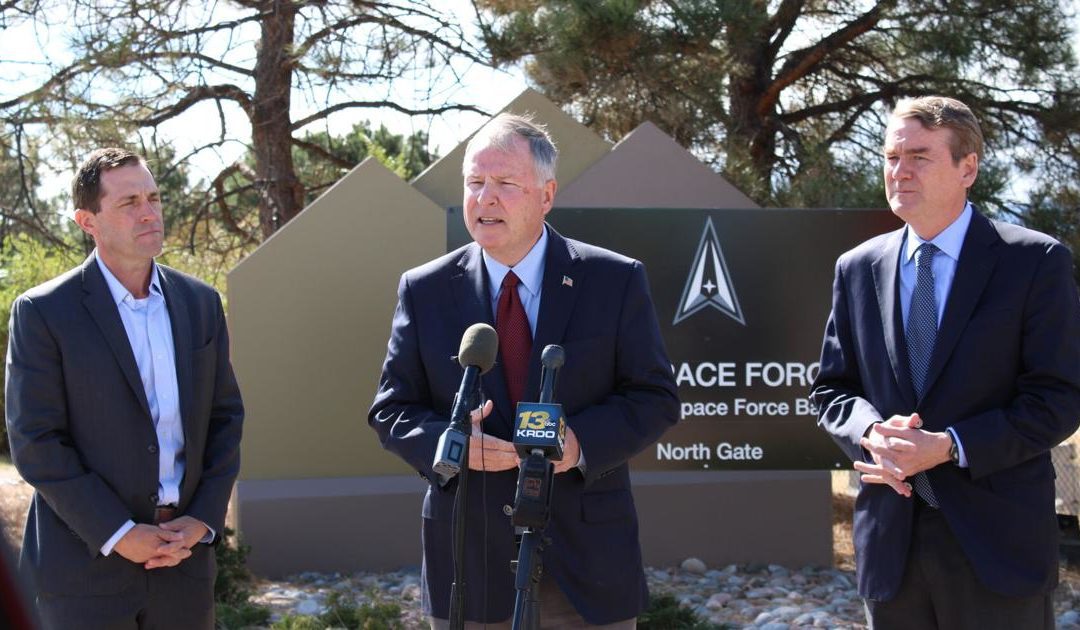 Colorado federal lawmakers expressed their concern Thursday with the U.S. military’s ability to maintain its dominance both on the ground and in space.

With the U.S. military focused on wars in Iraq and Afghanistan the past 20 years, some Colorado leaders are worried foreign powers and potential threats including China and Russia have used the opportunity to catch up or even get ahead.

“I’ve spent a lot of my adult life thinking that America would always be the preeminent superpower,” said Aurora Democratic U.S. Rep. Jason Crow, a former Army ranger. “One of the lessons we are learning and the realizations we have is that we are in an era that if we don’t recommit ourselves … if we don’t make investments … that will not be. So it is time that we recommit to that.”

“We have spent the last two decades fighting wars in Iraq and Afghanistan while our adversaries have been making tremendous investments in new technologies, in new systems,” Crow said.

When asked about the roughly $750 million in national security funding for the military next year, Crow said America must focus on what it needs to do.

“What are the missions we need to complete? What are our adversaries doing and how do we need to respond to that?,” Crow said.

“Our homeland needs to be vigilant,” Lamborn said in relation to VanHerck’s briefing. “We have some potential threats out there that we have to be very careful monitoring at all times. In some cases we need to do more to catch up with the threat of our potential Chinese or Russian adversaries if it ever comes to that.”

Part of that would include making sure funding is going to the right projects.

“One of the biggest challenges we face in making sure we are wise stewards of the taxpayer dollar is the movement from legacy, or older systems, to next-generation systems and making investments in science, technology, research and development,” Crow said.

As a young infantry platoon leader, Crow said the A-10 — which has been flying nearly 50 years — “saved my butt” when he called in airstrikes.

“The A-10 does not make China scared,” Crow said. “So we have to make sure we’re looking at what are those things we can retire? What are those systems we can cut so we can make investments in the next generation of systems that will make our adversaries scared?”

“We spent $5.6 trillion when you add it all up in Iraq and Afghanistan,” Bennet said. “A lot of other priorities at DoD were ignored as a result. And I think that all of us today found that the conversations we were having were quite sobering about the advances that our competitors have made over the last two decades.

“I believe we should be spending more money on our space mission. We should be building 21st century weapon systems, not obsolete weapons systems.