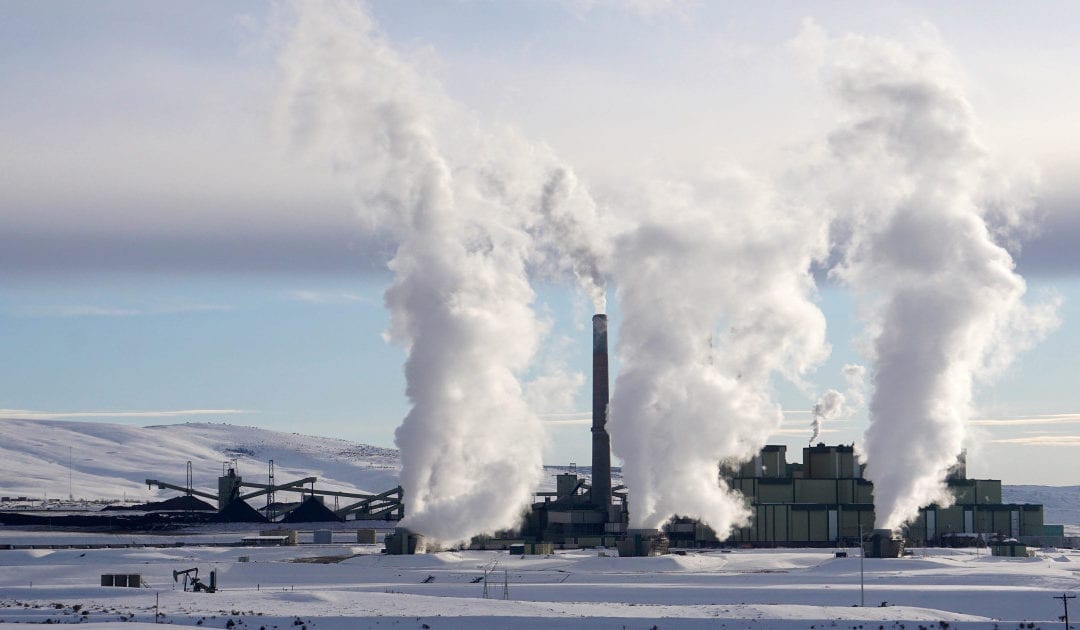 Colorado’s second biggest electricity provider – Tri-State Generation and Transmission Association – upped its goal for reducing its greenhouse gas emissions to an 80% cut by 2030 – putting itself in line with other utilities in the state.

Tri-State’s original 70% target for cutting carbon dioxide emissions had lagged other Colorado utilities, such as Xcel Energy and the Platte River Power Authority, and drawn criticism from environmental groups and local public officials around the state.

“I’m happy to hear that Tri-State is listening and responsive to its members,” Telluride Mayor Pro Tem Todd Brown said in an email. “Telluride can’t meet its carbon reduction goals unless Tri-State takes the lead on carbon reductions.”

Brown was one of more than 100 local officials who wrote state regulators, urging them to hold Tri-State to the 80% standard.

“Tri-State is stepping up to the plate by committing to reducing its carbon emissions 80% by 2030,” Anna McDevitt,  who represents Sierra Club’s Beyond Coal campaign in Colorado and New Mexico, said in a statement. “However, climate change and air pollution have no boundaries and in order to be all-around climate leader Tri-State will need to address harmful emissions in all four states the company serves with coal-fired electricity.”

In Colorado, Tri-State closed its coal-fired plant in Nucla in 2019 and plans to close one of three coal-fired units at its Craig Station by 2025, and the remaining two units by 2030.

Tri-State still has shares of coal-fired power plants in Wyoming and Arizona and has no stated plans to deal with those units, but with regard to Colorado, Highley said, “we are greatly curtailing the amount of energy coming across state lines under this plan.”

A combination of new renewable electricity generation, battery storage and a cut in imports of coal-fired plant electricity from other states will enable the association to reach the goal of an 80% reduction over 2005 levels, Highley said.

“We’re committed to serving our members and doing our part to help Colorado meet its carbon reduction goals,” Highley said.

Tri-State is going to add more than 1,000 megawatts of renewable generation in Colorado and have 50% of its Colorado electricity from renewable sources by 2024, the company said.

Details of the additional initiatives that get Tri-State to the 80% emission reduction will be in the resource plan the association files with the Colorado Public Utilities Commission in December. The plan also includes an 8% reduction in wholesale electricity rates.

“We are so excited on behalf of the state of Colorado on the progress that has been made,” Polis said. “This marks the latest of the on-the-ground benefits of this broad movement toward renewable energy.”

Highley said that one key ingredient in increasing renewable generation will be the creation of a regional energy market. The West and the Southeast are the only two regions that do not participate in such a market.

SPP operates a market that covers all or part of 17 states from the Southwest to North Dakota.

In October, the San Juan County Commission passed a resolution urging the PUC to hold Tri-State to an 80% reduction in carbon emissions, noting that Xcel, Platte River and the Colorado Springs Utilities had all set that goal.

“San Juan County and other rural Colorado communities have been pushing Tri-State for more ambitious climate action, and we’re very pleased that they are listening,” San Juan County Commissioner Scott Fetchenhier said in a statement. “I hope this will also result in lower rates for co-op members, and that it will result in new-energy-economy jobs for rural Colorado.”