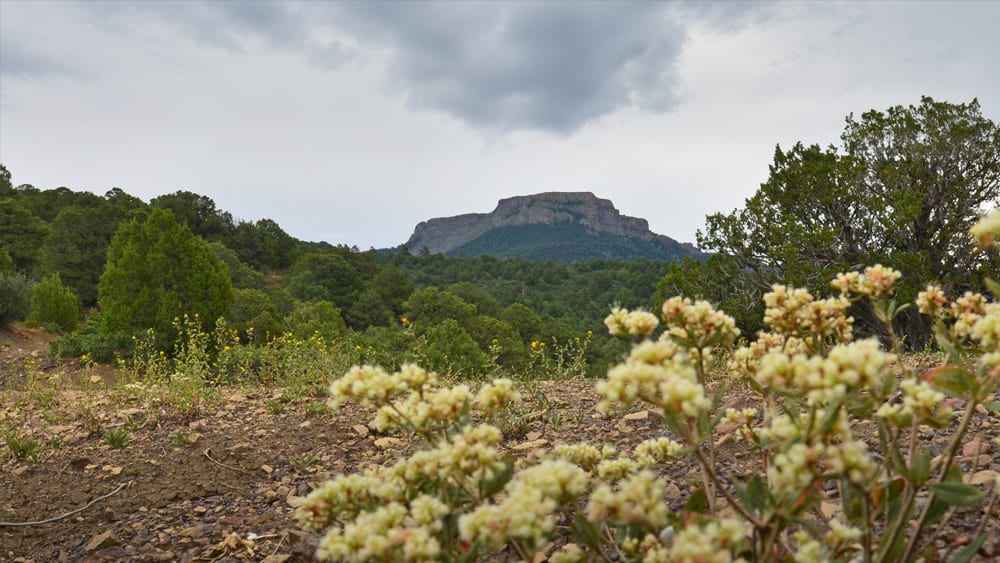 The small town of Trinidad is one of the first stops drivers connect with coming into Colorado from New Mexico, Kansas, or Oklahoma. The town sits right off of Interstate 25, just 15 miles north of the border New Mexico. Currently, Trinidad’s biggest business is recreational marijuana, as it’s an easy pit stop or jaunt across the border for anyone who wants to grab a joint or edible.

According to the Colorado Springs Gazette, in 2017 recreational marijuana brought Trinidad almost $3 million in tax revenue, which has been more than beneficial for a city that has seen a decline in population for decades now. In 2018, the estimated population was just over 8,000. In 1940, Trinidad’s population peaked at over 13,000, when the extraction economy in the area flowed.

In the past ten years alone, the town lost 1,200 oil and gas industry jobs, and the last coal mine closed. Recreational marijuana has exhaled much needed life into the city’s economy after a boom and bust cycle, but the city knows that this isn’t sustainable and the economy needs to be diversified. According to the Marijuana Enforcement Division, there are 25 recreational dispensaries in Trinidad alone; quite the number for a town of only 8,000 residents.

The city released a master plan for its future in 2017, with plans to invest in art, business, and recreation. Mountain bikes and gravel bikes will be an integral part of the plan.

“Trinidad is on the verge of a rebirth,” the plan reads. “No man knows all the strings connecting time and events, but we do know that the strings have been pulled, and that once again Trinidad is waxing important in the course of its story; the sleeper is awaking and shaking off the dust of its slumber.”

Trinidad local Juan de la Roca is on the forefront of how bikes will spin the city’s future forward. De la Roca moved to Trinidad after living north in Boulder and Nederland, and out east in Washington DC.

“I would say we’re about 20 years behind the Front Range, in terms of amenities and such.” De la Roca was awarded grants from the Colorado Tourism Office to launch a cycling tourism campaign, and slowly, he says, it’s gaining traction. There aren’t any mountain bike trails yet; they are in the planning phases. But, there are 1,500 miles of gravel and undeveloped roads in the area. He’s been developing routes for them.

“The terrain here is awesome for mountain biking, but it’s still going to be a while before we see some developed trails. If I had to put a timeline on it, I would say three to five years before you notice anything.”

De la Roca started his business Backshop Bikes as an experiential travel and event retail company, an idea he came up with before leaving Denver. With Backshop Bikes, he leads tours around Colorado, New Mexico, and Guatemala, where his family is from.

Fishers Peak, Colorado’s newest state park, is an obvious place for future MTB trails, but others will likely pop up outside of the state park first. Bill Vogrin, a public information officer with Colorado Parks and Wildlife also expects it to be about 3-5 years before there are “meaningful trails and amenities available.”

The park officially opened in 2020, and there are only 250 acres of 19,200 that are open to the public at the moment, and only about two miles of trails.

De la Roca expects trails on city land to show up first though and there is a lot of opportunity he says. THK Associates, a landscape architecture firm released a master plan for future trails and it gives some insight into how it will develop. The plan shows trails connecting the newest Fishers Peak State Park to Trinidad Lake State Park and from the peak to down town.

Trinidad’s city master plan reads “The creation, planning, and maintenance of trails has a cultural and environmental significance that is important to our community, as providing an opportunity to experience and cultivate the appreciation for our prairies, mesas, rivers, and peaks, among new audiences is a City aspiration.”

The town held a cycling symposium this fall, where tourism and industry officials provided guidance on how to develop a bike destination. De la Roca adds that trail connectivity to downtown will be a goal with many of the new trails, which will hopefully spark business.

Much of the historic town’s center has been vacant and deteriorating, including the Fox West Theatre, an important chamber in El Corazon de Trinidad, the city’s historic and cultural district. The theater closed in 2013, but was purchased by the city last year and they plan to work with Dana Crawford, a well-known developer in Colorado to renovate the building. Crawford renovated Union Station in downtown Denver and is also working on the Argo Mine and Mill in Idaho Springs, another former mining town that will see mountain bike trails soon.

Another first-of-a-kind program is taking place in Trinidad for creatives who may want to shape dirt in the future. Tony Boone is leading trail building classes at Trinidad State Junior College (TJSC), beginning in the spring. Boone started building trails as a kid and has made a three-decade long-career out of working in trails and open spaces. The trail building industry has grown tremendously over the years.

“We need more people that come out of a college program that are going to be an advantage for a trail company to hire.” Boone says the company he works for now, Timberline Trailcraft, is planning to hire more than a dozen trail builders in the next year, and there are companies all over who would love to hire someone who has a trail building education.

The catch for residents of Trinidad who might be interested in the program? Boone, like other trail builders, travels all over taking on contracts. Yet potential students might have the opportunity to finish work on a trail and drive home at the end of the day.

“It’s a rare occasion that a professional trail builder can go home at the end of the day all year round.”

As Trinidad shifts into a higher gear, interest from inside and out will help the town take advantage of the resource it’s had all along: scenic mountains, mesas, and open space.

“Nobody ever thought of Trinidad as a place to ride bikes,” says De la Roca. “It’s pretty overwhelming. There’s a lot of open space here.”