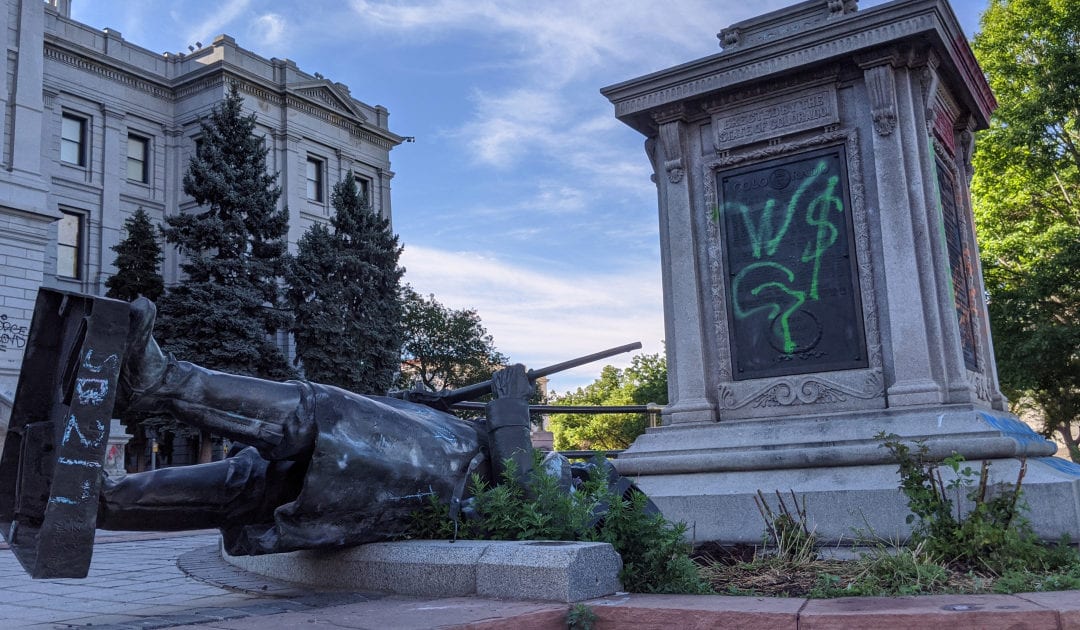 The Civil War statue toppled by protesters outside the Colorado state Capitol over the summer will be replaced by a sculpture of a Native American woman mourning the atrocities of the Sand Creek Massacre.

The Capitol Building Advisory Committee voted 7-2 Friday in favor of the new sculpture after hearing from representatives of the tribes that suffered at Sand Creek 156 years ago, Colorado Public Radio reported.

The state Legislature now must determine how big the monument and its pedestal will be and how it will get to Colorado from Oklahoma, where a 7-inch-high (18-centimeter-high) prototype has already been approved.

Monuments related to the Civil War have been targets for removal following the death of George Floyd, a Black man who died May 25 after a white Minneapolis police officer pressed his knee on Floyd’s neck while he was handcuffed and lying on the ground. His death prompted protests across the U.S. and around the world against police brutality and racial injustice.

MORE: History Colorado unveils the toppled Union soldier statue with an exhibit that seeks to tell its story. Its whole story.

According to the state’s website, the statue at the state Capitol was originally meant to honor Colorado soldiers who fought and died for the Union in the Civil War. First Colorado Cavalry member Cpt. Jack Howland designed the statue, and the state and Pioneers’ Association paid for it.

However, members of the First Colorado Cavalry unit also took part in the Sand Creek Massacre in 1864.

A 2017 petition to remove the Civil War statue falsely claimed it depicted Col. John Chivington, who orchestrated the massacre that left 230 people dead in November 1864. Chivington’s name is on the memorial, and the plaque on the statue also calls the Sand Creek Massacre a battle. That was corrected in another plaque.

The statue, which was erected in 1909, was toppled June 25. It is now housed at the History Colorado museum.

Harvey Pratt, a Sand Creek descendant who was commissioned to create the replacement statue, said the idea to depict a grieving Native American mother came to him in a dream.

“It’s really about the women. The women carry the men in the tribes on their backs. I wanted to depict a woman,” he said. “She’s in mourning and she’s kneeling, just sitting down. She’s lost her baby and maybe her grandparents. She’s got cuts on her legs and she’s cut her finger off.”

“She’s not asking to be spared,” Pratt explained. “She’s saying ‘Remember us. don’t forget us. I’ve lost my whole family.’”