TopGolf set to open this week on Colorado Springs’ north side 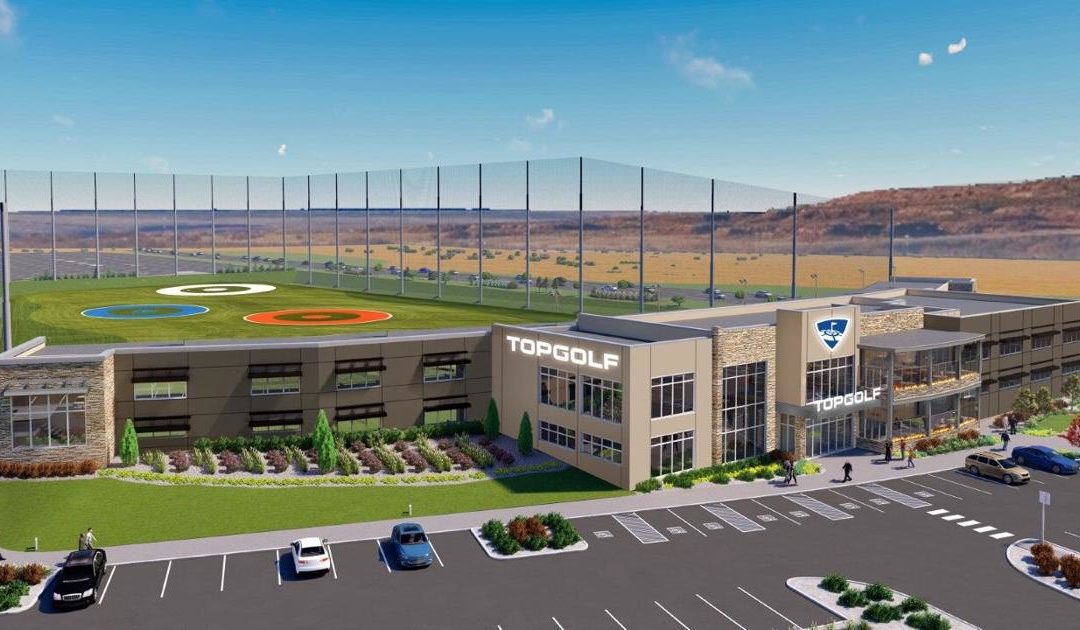 TopGolf opens Friday in Colorado Springs, bringing its climate-controlled driving range, high-tech games and food and beverage offerings to the Polaris Pointe retail center on the city’s far north side.

The venue will be the third in Colorado for Dallas-based TopGolf Entertainment Group, which develops and operates year-round sports and entertainment centers designed to attract golfers and nongolfers. TopGolf also has locations in Centennial and Thornton.

TopGolf’s arrival underscores a shift in strategy for the development of Polaris Pointe, southeast of Interstate 25 and North Gate Boulevard.

When Colorado Springs real estate developer Gary Erickson launched Polaris Pointe — then known as Copper Ridge at Northgate — roughly a decade ago, he focused on bringing stores, restaurants and other businesses to what he envisioned as a 200-acre retail center.

Bass Pro Shops opened in 2013 as an anchor for a 100-acre portion of Polaris Pointe that’s north of the Powers Boulevard extension that will run through  the project; Powers is targeted for completion in early October.

Erickson said he continues to court retailers daily to bring them to Polaris Pointe.

But as brick-and-mortar stores have struggled because of competition from Amazon and other online retailers, Erickson ramped up his pursuit of entertainment attractions.

Those venues draw visitors to Polaris Pointe who, in turn, eat at its restaurants and shop at its stores.

They’ve been joined by the Boot Barn Hall at Bourbon Brothers concert venue that opened in 2019 and AirCity360, a family amusement center that held its grand opening last week.

In May, iFly Colorado Springs broke ground on an indoor skydiving facility that’s targeted to open this year.

Next week, the operators of a Dart Wars Family Entertainment Center are expected to complete their purchase of a site at Polaris Pointe and break ground soon, Erickson said.

“We (Polaris Pointe) truly have the (top) entertainment destination, I think, in Colorado,” he said. “There’s no place in Colorado that I can think of that has that many separate venues where you go have some fun.”

At Polaris Pointe, Erickson had started development of his own driving range, which was to be called Crush Golf.

In February, he announced TopGolf would take over his facility and transform it into one of its sports and entertainment centers.

TopGolf, which employs about 200 people, has a two-level, 74-bay driving range, whose hitting bays are heated and available year-round.

Serious golfers can use TopGolf’s TopTracer technology — a ball-tracing system seen on television broadcasts of tournaments — to practice their swings.

But duffers and nongolfers — including families, couples on a date or co-workers blowing off steam after the job — also can hit balls and play electronic games, such as Angry Birds and Jewel Jam.

Area business people and families, as well as golfers, can have lunch and dinner at TopGolf, which will have two patios available for use, Erickson said. The venue also accommodates corporate meetings, birthday parties and other get-togethers.

If there’s a wait list when TopGolf visitors arrive, they can register their names and get a notice on their phones when it’s their turn to play. Meanwhile, they can walk over to the Bourbon Brothers Smokehouse & Tavern and other restaurants or drop their kids off at the AirCity360 facility, Erickson said.

“They (TopGolf) will bring thousands of people to the site every day,” he said. “It’s going to bring a level of fun that we’ve not seen in this town.”