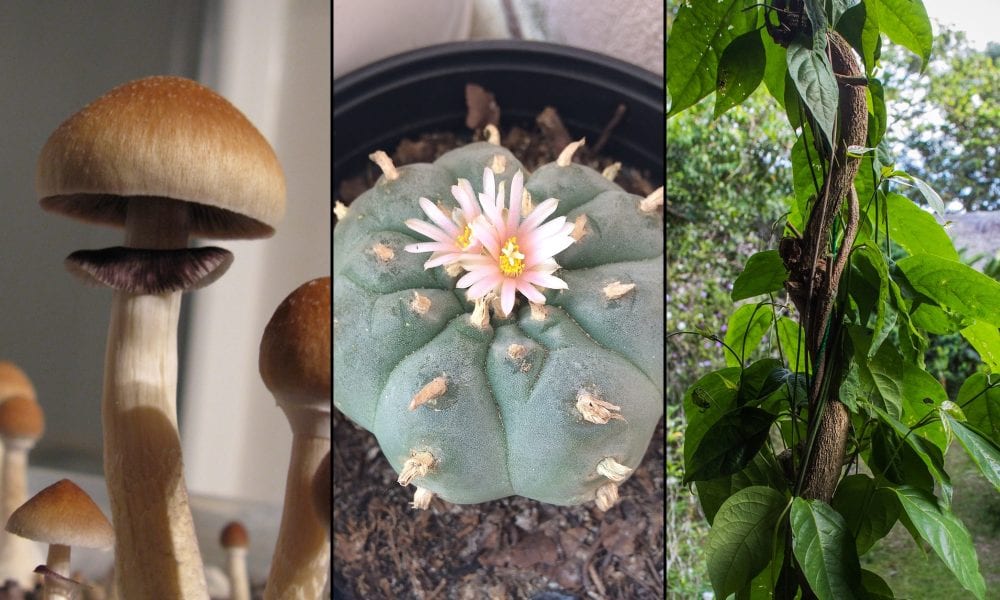 Advocates pushing to decriminalize psychedelics in Colorado Springs got a strong signal that the reform move could have support from a key ally after a top local lawmaker shared a personal anecdote about a relative of his who benefited from using psilocybin mushrooms.

During a City Council meeting on Tuesday, members of Decriminalize Nature Colorado Springs (DNCS) gave a presentation on their proposal, which would make enforcement of laws against entheogenic substances among the city’s lowest priorities. The Council’s president, Richard Skorman, chimed in to say that he recognizes the therapeutic potential of certain psychedelics, sharing that his sister-in-law was treated with psilocybin as part of a study following a cancer diagnosis.

“She was predicted to not live and went through a lot of trauma and was able to survive,” he said. “She became part of a study at Columbia University on psilocybin mushrooms and it was something that was nationally recognized, but it was, again, it was something that has helped her tremendously. So it has affected my family as well.”

Watch the council discuss the psychedelics reform proposal, around 1:05:00 into the video below:

Anthony Caballero, who founded DNCS, told Marijuana Moment that the meeting “went exactly as it should have,” and the fact that the president proactively spoke about how he has personally seen the medical benefits of psychedelics was “out of this world in terms of a response we hoped for.”

When describing his proposal to the Council, Caballero said the resolution would be uniquely beneficial to the city because of its strong military community, adding that the prevalence of post-traumatic stress disorder (PTSD) among the veteran population should give added impetus to decriminalize plants and fungi that could help them.

“We could decriminalize the substances and become the trailblazers in combating PTSD and anxiety,” he said.

Zachary Short, a military veteran who served as a combat medic, said his PTSD symptoms have dramatically declined since he started self-administering psilocybin.

“It’s no secret that the military is the backbone of our beautiful Colorado Springs community,’ he said. “But we are doing this community a massive disservice if we threaten to imprison our veteran service men and women for consuming a plant—yes, a natural plant—that could very well save their lives. Don’t we owe them the best care and treatment available and all options?”

It remains to be seen whether a decriminalization measure will be formally introduced by a sponsor on the Council, but advocates are optimistic, especially given the president’s statement.

This hearing comes one month after the Ann Arbor, Michigan City Council unanimously approved decriminalizing entheogenic substances, making it the third city in the U.S. to do so. Oakland was first to enact the policy change, followed by Santa Cruz.

The national psychedelics reform movement has quickly spread across the country since Denver became the first city in the U.S. to decriminalize psilocybin mushrooms through a voter initiative in 2019.

Activists in Washington, D.C. successfully qualified a psychedelics decriminalization measure for the November ballot, and recent polling indicates that there’s strong support for the policy change.

In Oregon, an initiative to legalize psilocybin for therapeutic purposes will appear on the state’s ballot. Rep. Earl Blumenauer (D-OR) has formally endorsed the proposal and is raising money for the campaign. Also this November, Oregon voters will also decide on a separate measure to decriminalize possession of all currently illicit drugs and put tax dollars toward expanding substance misuse treatment.

Oakland activists in July released a proposed measure to allow residents to use a variety of entheogenic substances in plant medicine healing ceremonies. And in August, they unveiled guidelines for safely and effectively participating in those ceremonies.