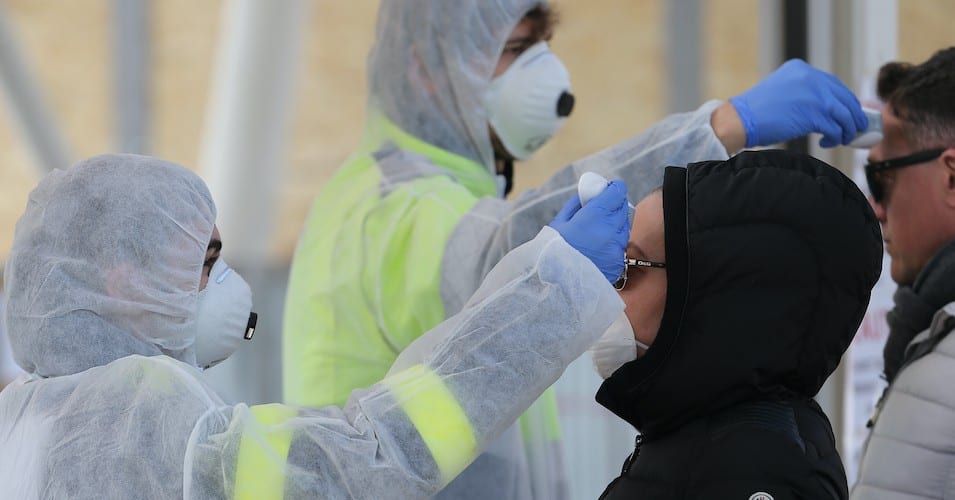 A top official with the Centers for Disease Control and Prevention told The Hill Thursday that the coronavirus outbreak in New York City and state is “just a preview” of what’s to come for the rest of the U.S. as the pandemic spreads across the nation.

“I think what we’re seeing in New York City and New York state right now is a real warning to other areas about what may happen or what may already be starting to happen,” said CDC principal deputy director Dr. Anne Schuchat.

CDC principle deputy director Anne Schuchat not a fan of the idea of lifting social distancing practices & lockdowns: “I would be very reluctant to let up on measures in the nation as a whole.”https://t.co/gKWdfTgSa9

Schuchat said that the explosion of cases in New York City in particular could be a precursor to other cities around the country, many of which are already experiencing spikes in the spread of the disease.

“Across the country there’s a number of areas that are escalating,” said Schuchat. “The numbers in New York are so large that they show up, but we’re looking at increases over time and we’re really seeing some in a number of places.”

According to The Hill:

The CDC has deployed about 1,500 of its epidemiologists, scientists, and experts to hot spots around the country, including the New York City area and Seattle, where the first American cases of the coronavirus emerged in January and early February. Now, Schuchat said, the CDC has dispatched teams to Louisiana, Wisconsin, and Colorado, among others.

Schuchat declined to name the cities that are likely to become the epicenters of new and worrying outbreaks, but New Orleans has stood out in recent days for the rapid growth in cases it has seen. Louisiana reported its first case of coronavirus on March 9; it crossed 100 cases a week later. Its case count doubled between Sunday and Wednesday, when the state reported almost 1,800 cases.

Schuchat emphasized the importance of continuing social distancing and lockdowns that have paralyzed the country as state and local leaders work to contain the pandemic. President Donald Trump has expressed interest in getting Americans back to work as soon as Easter, a desire that flies in the face of accepted medical knowledge and guidance from public health officials.

“The measures are meant to be used in a layered way, and it may be possible that selected ones might be eased up on,” said Schuchat. “But as I talk to colleagues around the world who are facing different stages of this epidemic, I think we are all trying to make sure we have the very best information about how to ease up and also about how to minimize the unintended consequences, the negative consequences of the mitigation effort.”

A study in the Lancet Public Health Journal Thursday echoed that warning. The report, which relies on research co-led by London School of Hygiene & Tropical Medicine specialist Kiesha Prem, claims that extending lockdowns until April in Wuhan, China—the city hardest hit by the virus—could delay an inevitable resurgence of the virus by valuable, life-saving months.

“The city now needs to be really careful to avoid prematurely lifting physical distancing measures, because that could lead to an earlier secondary peak in cases,” Prem told Reuters. “If they relax the restrictions gradually, this is likely to both delay and flatten the peak.”

Wuhan has been locked down since January. Should the U.S. ease restrictions by Easter—April 12—the country could see a massive secondary spike in cases before healthcare systems have begun to recover from a peak in infections expected in early May.

In her comments to The Hill, Schuchat said she would urge extreme caution in lifting restrictions as diseases can be unpredictable and dangerous.

“My experience is that it’s really important to be humble when facing emerging infections and certainly when facing pandemics,” said Schuchat. “Something that looks like the best idea can pan out differently than you expect, and things that you think are working well may not turn out to be.”

Dr. Anthony Fauci, director of the National Institute of Allergy and Infectious Diseases, warned in a CNN interview Wednesday night of the impossibility of dictating terms to the disease.