To work, or not | The Colorado Springs Business Journal 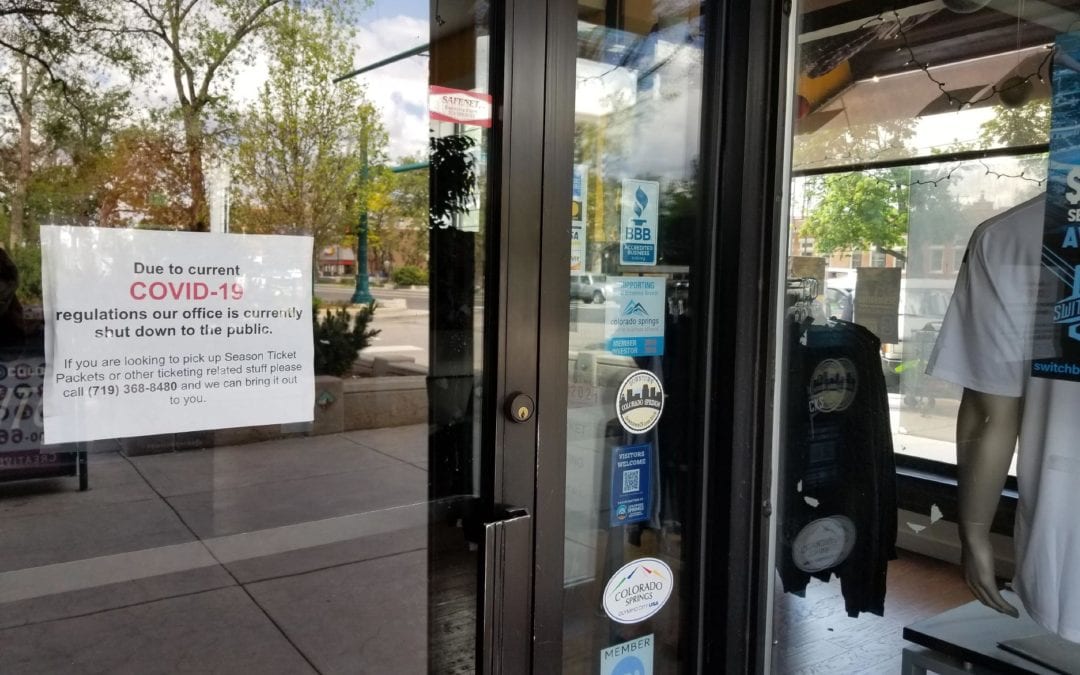 When a Cripple Creek casino worker — we’ll call  her “Diane” — lost her job on March 17 with no notice when all casinos closed under a statewide COVID-19 public health order, she filed for unemployment insurance benefits.

Having earned the minimum wage of $12 an hour, Diane, who spoke on condition of anonymity to protect her and her family’s privacy, was entitled to receive 55 percent of her pay in UI benefits, or $264 a week.

But after passage of the Coronavirus Aid, Relief, and Economic Security Act in late March, she received an additional $600 a week, because she lost her job due to the novel coronavirus.

Recently, as employers have invited workers to return as businesses begin to reopen, some workers are reluctant to forfeit the extra money by resuming their jobs.

Like Diane, many employees make more from the CARES Act payment alone than their entire weekly paycheck prior to being laid off.

“It helps a lot because I went five weeks without anything,” she said, referring to the delay in receiving UI, “and they didn’t retro it back. I got just two weeks’ pay.”

The idea of double pay to the unemployed has lit up social media, as workers decry their poor-paying jobs and vow to milk the CARES Act supplement as long as possible. (It ends in July unless Congress extends it.)

But employment advisors say it’s risky to turn away work. Workers could lose their unemployment benefits, or be stuck without a job longer.

“With the gradual reopening, the hope is workers will see a benefit in secure employment over a temporary benefit,” Cher Haavind, deputy executive director and chief communications officer for the Colorado Department of Labor and Employment, said.

“Job security and employment provides more longer-term benefits to the individual worker,” she added. “You would hope the ultimate goal would be meaningful employment, and that would create additional benefits outside of a temporary boost to income, which this is.”

WHY WORK FOR LESS?

The layoffs began after Gov. Jared Polis ordered casinos closed on March 16 and later imposed a stay-at-home order on March 26 and allowed only essential businesses to remain open.

Nearly 500,000 workers have since filed for unemployment insurance benefits in Colorado. Benefits are paid from a pool created by premiums employers pay on wages paid to workers. Through a complicated calculation, rates are based on an employer’s layoff experience. The higher the incidence of layoffs, the higher the rating and the premium.

UI benefits generally total 55 percent of a person’s pay. So if a worker was paid $12 per hour or $480 per week before taxes and withholdings, that worker could expect to receive $264 a week in unemployment benefits, which are subject to taxation.

From March 29 to May 23, the state paid $616.8 million in regular UI, or roughly $77.1 million per week on average. That’s about nine times the average of $8.7 million in weekly benefits paid before the layoffs began, according to Colorado Department of Labor and Employment data.

Add to that about $700 million in pandemic unemployment compensation paid through the federal CARES Act to Colorado’s unemployed, at a rate of $600 per week.

That means that Diane, the casino worker, who receives $264 per week in UI benefits, saw that rise to about $864 per week in April due to the CARES Act payment. That’s nearly twice her gross pay when working full-time at minimum wage.

So when the casino made overtures about reopening and asked her to return, the question she faces is: Why would she work for less money than she receives while not working at all?

Workers should return to work, Haavind said, because the CARES Act bonuses expire July 26. Also, anyone called back to work might not qualify for UI benefits.

The Brookings Institution, a nonprofit public policy organization based in Washington, D.C., notes that workers cannot simply opt out of returning to work and keep their UI and CARES Act payments.

The CARES Act describes when a worker can opt not to return to work, Brookings reports, which generally includes circumstances that would jeopardize their lives or safety or that of others.

Feeling unsafe isn’t a qualifying reason, unless a health care provider has directed the worker to self-quarantine. Even if the employer refuses or is unable to provide adequate personal protective equipment, an employee can’t refuse to return to work. Moreover, workers who rely on public transit that’s been curtailed due to COVID-19 can’t use that as an excuse.

Among reasons that the CARES Act allows workers to not return to work:

• The worker has been diagnosed with the virus and has symptoms.

• A member of the worker’s household has COVID-19.

• The worker provides care for a family or household member diagnosed with COVID-19.

• A child or other person for whom the worker is responsible can’t attend school due to COVID-19.

• The worker has been quarantined.

• The worker is the chief breadwinner because the head of household has died of COVID-19.

Should employees elect not to return to work after being invited back, employers can report that to the state Labor Department.

“They tell us employees’ names, nature of the work, the conditions of the offer to return to work, the reason the worker cited they would not be returning,” Haavind said. State labor officials then determine if the worker hasn’t reported the job offer, which is required to receive UI, and contact the worker to find out the circumstances under which the worker refused to return.

Because there are conditions under which employees can refuse to return, Haavind says judgments are made on a “case-by-case” basis. As of May 22, Haavind said, the state had received 1,000 submissions (one per worker) from 700 employers, but as more businesses open up, that number might rise.

After reviewing 641 of those submissions, the state found 15 percent of those should be denied UI benefits, she said.

Workers themselves must tell the state if they’ve received job offers and run the risk of having to repay the benefits if they don’t, Haavind said.

The goal of the CARES Act payments, she notes, was to infuse money into the economy. “But an employee needs to be accountable to the employer and be truthful and honest in why they’re not working,” she added.

The casinos haven’t reopened and might not for weeks. Meantime, Diane is thankful for the extra money.

“I think it’s because it’s such a devastating thing,” she said. “I live pretty much paycheck to paycheck, so they’re trying to compensate for the stress of our lives.”