To stop the rise in street racing, Colorado State Patrol is sending drivers to the racetrack 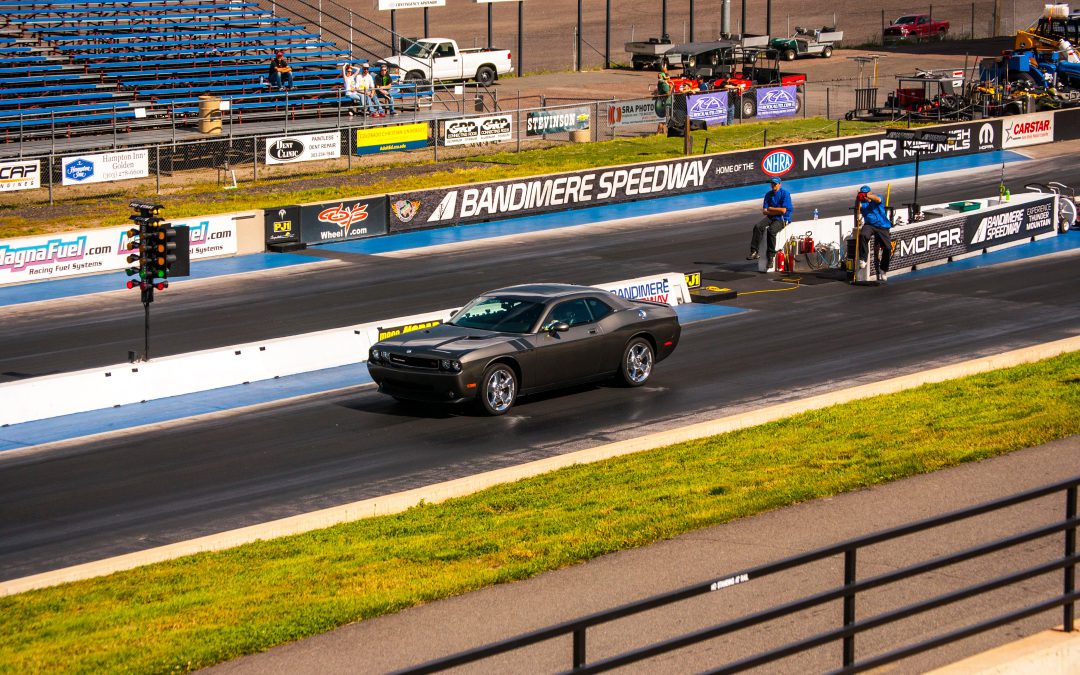 By Thomas Peipert, The Associated Press

MORRISON — Frustrated by an increase in dangerous street racing amid the pandemic, Denver police have deployed the department’s helicopter to track races, closed lanes in areas often used by racers and sent officers to places where the groups meet.

But law enforcement also has shifted gears to tackle the problem by using a racetrack in the foothills west of the city to provide a safe venue for those who feel the need for speed.

The Colorado State Patrol has teamed with Bandimere Speedway to lure racers from public areas to a more controlled environment, even allowing participants to race a trooper driving a patrol car.

On a recent day, dozens of drivers lined up to race at the speedway, revving their engines and squealing their tires before hurtling down the quarter-mile track. Most drove highly tuned vehicles, but there was the occasional stock SUV or pickup.

“This is a great alternative to street racing. You can bring out whatever you have, be it a supercar or mom’s minivan, grandpa’s Buick. We want to see them all out here. … And you can race a cop, and do so legally,” said State Trooper Josh Lewis, who beat a Toyota SUV in his first race last week by topping out at nearly 89 mph.

The Colorado State Patrol has been involved in the “Take it to the Track” event for more than a decade, but its goals have gained new importance and urgency after two recent high-profile street racing incidents in the area.

On April 3, police say a mother of two who was delivering food was killed when a street racer broadsided her car with his SUV in the heart of downtown Denver.

About a month earlier, hundreds of street racers clogged a stretch of interstate in suburban Aurora, some allegedly blocking the shoulders to keep officers away. Police warned other motorists to avoid the gridlock after reports of guns being waved and fireworks being set off.

Lewis said the “Take it to the Track” program’s impact on illegal racing is hard to quantify, but it provides important community outreach nevertheless.

“We don’t necessarily know about data to be able to back it up, but every time we’re out here, we always get folks who come up to us and tell us how much they enjoy the program, how great it is, how much fun it is,” he said.

The event takes place every Wednesday throughout the summer.

Ray Propes, 58, of Windsor, said he started street racing as a teen and found himself doing it “every time I got in a car, it seemed like.”

“I turned 16, it wasn’t six months before I lost my license,” he said. “I was racing everything and anyone and all the time.”

He has since traded in those days for the track, in part because the conditions are more predictable and “you don’t get the tickets that you get on the street.”

“The prepped track. The traction is there. Straight line. You don’t have to worry about accidents, animals, kids, birds, anything,” he said.

Tyler Truini, 28, of Colorado Springs, left work early one day last week to “just play around on the track” at Bandimere Speedway.

He said he steers clear of illegal racing because his 2019 Dodge Charger Hellcat is too fast for the street.

“A lot of my friends that I hang out with, we always talk about just coming to the track because it’s a lot easier, and it’s better for the car and better for everyone else’s safety,” he said.