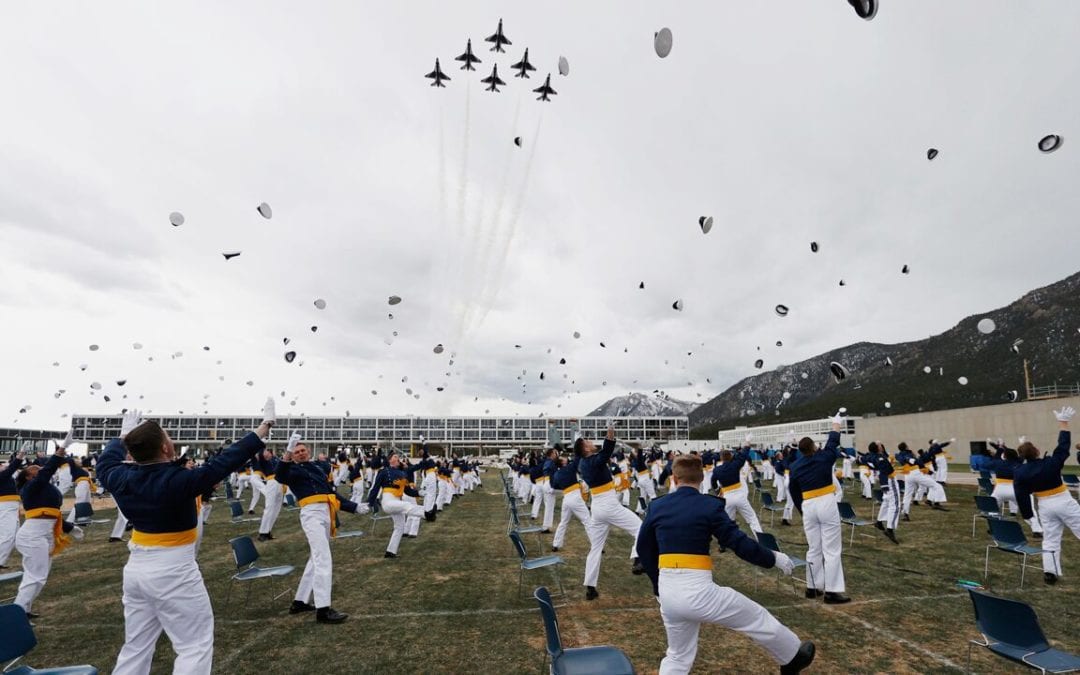 Get all the latest news on coronavirus and more delivered daily to your inbox. Sign up here.

First responders on the front lines of the coronavirus pandemic in Colorado got a special show of support Saturday from the U.S. Air Force Thunderbirds.

The Thunderbirds said the eight-jet, hourlong flyover was a tribute to health care workers, police, military personnel and other essential employees.

“Our team is honored to extend our heartfelt gratitude to the countless Coloradans working every day to support their communities during this difficult time in our nation,” Lt. Col. John Caldwell, the commander of the demonstration squadron, said in a news release. “We want Coloradans to look up from their homes and enjoy the display of American resolve and pride while keeping frontline responders in their hearts.”

The F-16 Fighting Falcons out of Nellis Air Force Base in Nevada soared over Colorado communities starting at 12:50 MDT.

The flyover began in northern Colorado, headed south to Boulder and passed through the Denver area. The flight path took the pilots over more than 40 medical facilities.

Many people were able to watch the precision-flying formation zoom overhead..

Amber Meyer, who has been taking care of COVID-19 patients in the intensive care unit at Sky Ridge Medical Center in Denver for a month, told FOX31 the flyover meant a lot to first responders.

The Thunderbirds fly over the Denver area on Saturday to show support for first responders on the front lines of the coronavirus pandemic in Colorado.
(Jennifer Kiefer via Storyful)

The nurse said she’s bedside with COVID-19 patients sometimes for 14 hours a day.

“It’s hard to kind of paint the picture we are dealing with on a daily basis,” Meyer said, adding, “It’s really hard on us because the patients don’t have their families. They’re scared. They don’t know what’s going on.”

After passing over the Denver area, the Thunderbirds traveled to Buckley Air Force Base, Colorado Springs, Fort Carson, and Pueblo. The unique series of flyovers on Saturday meant that the Thunderbirds needed to rely on aerial refueling support from a KC-135 tanker aircraft from McConnell Air Force Base and March Air Reserve Base.

“Just like in combat operations across the globe, the Thunderbirds rely on tanker support to expand our reach and flexibility to conduct complex operations like this,” Caldwell said.

Before the statewide flyover, the team began their airborne tribute at the Air Force Academy commencement where Vice President Mike Pence was in attendance.

Cadets toss their hats in the air after being commissioned as officers as the Thunderbirds fly over the graduation ceremony for the class of 2020 at the U.S. Air Force Academy, Saturday, April 18, 2020, at Air Force Academy, Colo.
(AP Photo/David Zalubowski)

“The Thunderbirds are thrilled to continue on a tradition of culminating the Air Force Academy graduation and welcoming our newest second lieutenants into our Air Force,” Caldwell said. “While the coronavirus pandemic has curtailed many of the celebrations that graduating cadets usually enjoy, we are proud to provide this one defining moment for these young American’s lives as they become officers in the world’s greatest Air Force.”

The Thunderbirds had asked that people refrain from gathering in large groups to view the flyover.