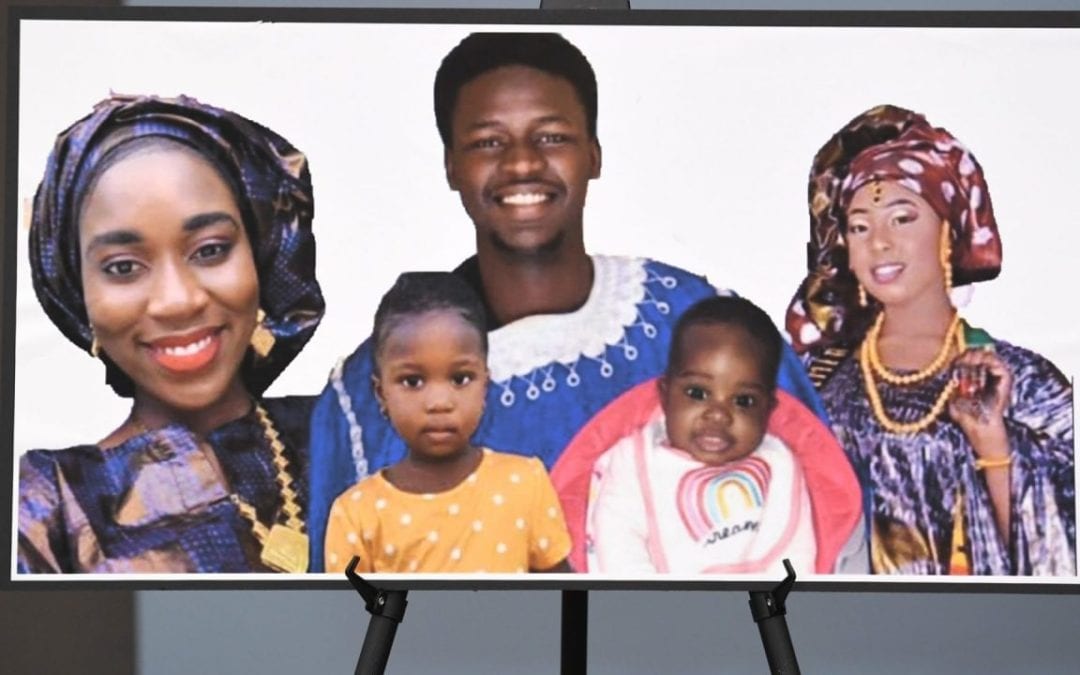 Three teens accused of setting fire to house that led the death of a Senegalese family have been arrested.

On Wednesday, Denver police finally apprehended three suspects in the arson that killed a family of five, two of them were babies. Denver police claim the fire was not racially motivated despite them saying it was set intentionally.

“Arrests have been made, but we know it’s not going to bring these beautiful people back,” said a local leader of the African community, Papa Dia, per Denver Post. “Our message is let’s embrace one another. Let’s love each other.”

The fire took place at 5312 N. Truckee St in Green Valley Ranch on Aug 5. Luckily, three residents from the second floor were able to escape the blaze by jumping from a window. But Djibril Diol, Adja, his wife, and their 2-year-old daughter Khadija Diol did not make it out. His sister, Hassan Diol, and her baby daughter, Hawa Beye, also did not survive the fire.

Initially, the only evidence found was a car leaving the scene and black and white images of the suspects who were wearing masks.

“This was as complex of an investigation as I’m aware of in my entire career,” Denver Police Chief Paul Pazen said during a news conference about the arrests on Wednesday.

NEW video from neighbor in Green Valley Ranch. @Denver_Fire investigating as arson. 3 adults, 2 children died. Investigators still on scene as of this tweet. Another neighbor told me they turned over surveillance video to police but wouldn’t share what was caught on cam. #9News pic.twitter.com/xfOlYRnKdt

“Due to the extensive work by our investigators and our federal partners, the evidence we uncovered, we are very confident to say we don’t believe this is a bias-motived crime,” claimed Pazen. “If facts change as the investigation and prosecution continues, we can add that.”

The teens are looking at the following charges:

Dia is appreciative to the support from the Colorado community despite the tragedy.

“We are immigrants that came all the way from Africa to seek opportunity in this great nation,” said Dia. “It’s so sad that part of our community… in that process of seeking opportunities, their life was tragically taken… Nevertheless, in this horrific time, the entire Colorado community embraced us.”