Three stores close at Promenade Shops in Colorado Springs, but more are on the way 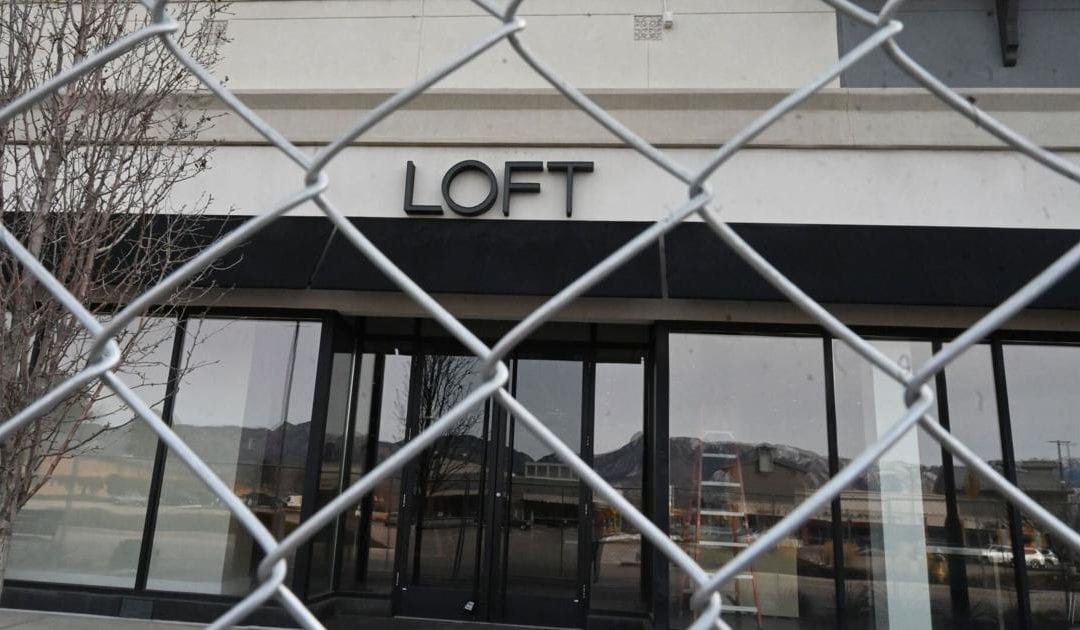 Three national retailers have closed at the Promenade Shops at Briargate in northern Colorado Springs, as the landscape for local stores and restaurants continues to evolve.

Clothing and home decor store Pendleton closed Sunday; it joined women’s clothiers LOFT and Talbots, which shut their doors in late January at the shopping center, southeast of Voyager and Briargate parkways.

In Pendleton’s case, customers who called the store were being told the retailer’s lease wasn’t renewed by Promenade Shops owner Hines, a Houston-based, global real estate investment firm that bought the property for $93.2 million in September 2019.

General property manager Debby LaMotte, however, said Pendleton’s lease had expired and the retailer and Hines made a mutual decision for the store to leave.

“It was determined it was best,” LaMotte said. “When you’re entering into a new lease, you have to enter into it for a longer term. That was not something they were willing to do. So it was best for us, due to the influx of activity that we have and how everybody wants to be here right now, that it was best that they just vacate.”

LOFT’s parent company filed for Chapter 11 bankruptcy protection last year, while Talbots has closed a handful of stores in recent months and in 2020, according to national news stories. The two retailers occupied side-by-side spaces at the Promenade Shops.

“They’re great national brands that have been around,” LaMotte said. “But with everything, change comes and kind of like, what’s happened with COVID throughout the nation, you’ve seen there’s a lot of retailers and they’re consolidating and they’re closing stores down and things like that.”

The LOFT and Talbots stores, however, already are being combined into a single, 15,000-square-foot space to accommodate an anchor tenant that will be new to Colorado Springs, LaMotte said. She declined to disclose the retailer’s name, though it’s expected to open by year’s end.

Promenade Shops at Briargate also continues to receive significant interest from other restaurants and retailers, LaMotte said. She declined to disclose the shopping center’s current occupancy rate; along with the Pendleton space, a storefront that had been occupied by California Pizza Kitchen, which closed in July, remains empty.

“We don’t have anybody signed for those spaces, but we’ve got a lot of deals in the pipeline,” she said. “So we’re optimistic that we’ll get both of those spaces filled, I would say, hopefully by the end of the year or it would be a spring or summer 2022 opening.”

To help boost its restaurants, LaMotte said, Promenade Shops has launched a promotion; shoppers who spend $75 in meal and dessert purchases in a single day at the center can receive a $25 gift card to Ted’s Montana Grill, Biaggi’s Ristorante Italiano or Menya Ramen & Poke.

The Promenade Shops at Briargate opened in 2003 as an open-air lifestyle center, with higher-end stores and restaurants. Many of its tenants have their only location in town at the shopping center, whose current lineup includes Apple, Eddie Bauer, Banana Republic and P.F. Chang’s.

The recent store closings at Promenade Shops is similar to what other shopping centers have experienced in recent years.

Many financially troubled brick-and-mortar retailers have closed stores or even gone out of business altogether as consumers shift their purchases to Amazon and other online services. The COVID-19 pandemic, and capacity limits imposed over the last year at stores and restaurants, also hurt many businesses.

Sears and Kmart have shut their stores in the Colorado Springs area, while other retail closings in recent years include locations of Pier 1 Imports, Stein Mart, Bed Bath & Beyond, Tuesday Morning and Gordmans.