Three Points: Was moment too big for Colorado Rapids in MLS playoffs? 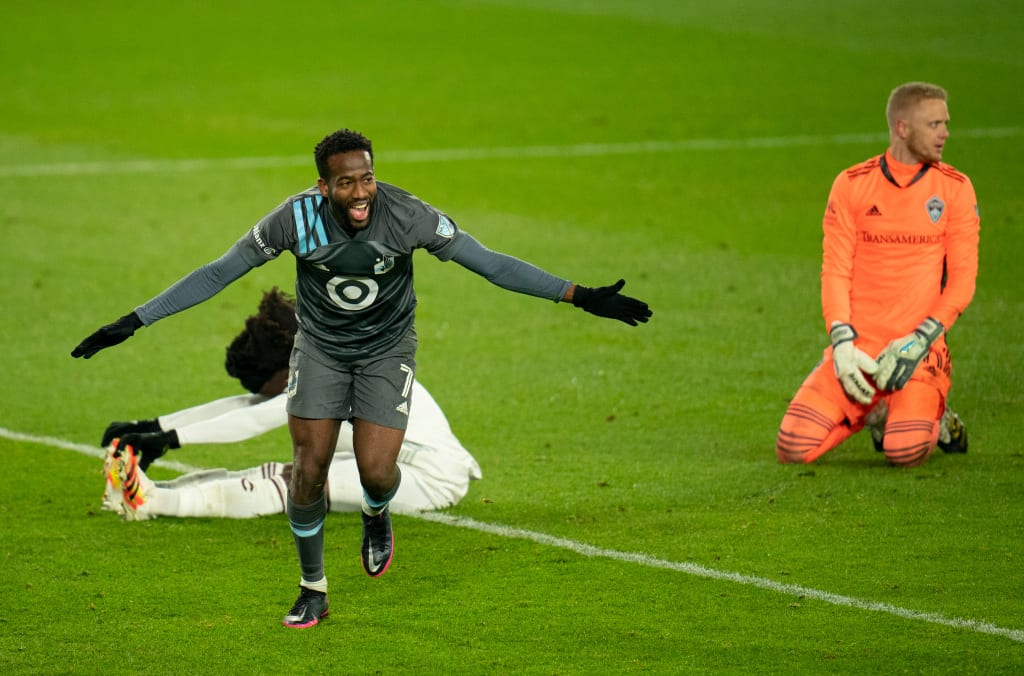 The Colorado Rapids got crushed in the first round of the MLS Cup Playoffs, their promising season coming to an ignominious end Sunday night in Minnesota. The Rapids conceded a goal quickly to Minnesota United FC, didn’t capitalize on their chances to equalize, and then the wheels came off in an eventual 3-0 rout.

In ending a four-year playoff drought, the Rapids accomplished one of their main goals for this season. But does the disappointing effort outweigh the club’s achievement?

Here are three points from the Rapids season-ending loss:

The Rapids had one of the youngest teams in MLS this season. Most of the roster had never played in the playoffs and Colorado’s best players were all inexperienced. The Rapids came out flying in each half yet they couldn’t keep it up and little mistakes were immediately capitalized on by the Loons.

“We weren’t clinical enough and we opened up towards the end looking for a score,” Jack Price said. “We have to be more clinical and we’ll have to learn from this. This is a really young group and we’ll come back stronger next year.”

Both Price, the captain, and head coach Robin Fraser said the errors made by the Rapids were not due to a lack of preparation but based on execution.

“It was a relatively young team in a big situation,” Fraser said. “I thought we weren’t at our best, but we still created several really good chances.”

That takeaway may be steep. This was the third time in his tenure Colorado has been shut, all this season after long layoffs.

Another key element to the match was ironman Sam Vines starting the match on the bench, then playing for only 20 minutes.

“Vines was hurt, as a result, we wanted to be cautious with him,” Fraser said. “We thought if we were chasing the game we’d get him some service, which he did.”

If Vines was healthy enough to play, why didn’t he start? He played every minute of the Rapids’ regular season. The homegrown left back was one of the most important players on the club. Instead, Kellyn Acosta, who hadn’t played as a defender in years, shifted from the midfield down to Vines’ spot. Acosta was fine, but it’s easy to see a snowball effect.

Interestingly, the Rapids picked up Steven Beitashour to back up Vines recently. The wingback was a staple of LAFC’s lineup last season when they captured the Supporters Shield. He also got plenty of playing time in Toronto a few years back, winning MLS Cup for a club Fraser worked with as an assistant.

Fraser also started Jonathan Lewis, who had been coming off the bench more recently as the high priced Nicolas Benezet came on as a sub. Benezet finished his season with no goals, though the offense was clearly better when the French winger was on the field and Lewis worked as a sparkplug to end contests.

The youth may have hurt in Sunday’s playoff matchup but overall this season was a step forward. With the younger players the Rapids have something to build upon.

“We’re a young team and moments like these are good for teams like this because you can see where we went wrong,” Price said. “I don’t think the boys at any point folded under the pressure of the game. We knew we were playing under pressure the last month. They were the more experienced team, they’ve been here before, and we will come back stronger. We know how to deal with these with these obstacles now.”