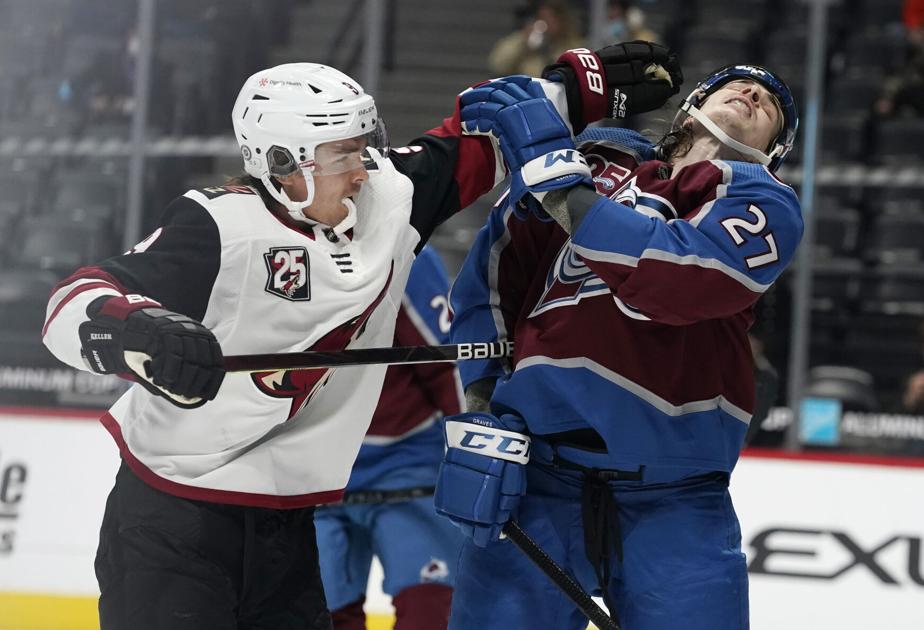 The number of positive COVID-19 tests among the Colorado Avalanche steadily grew over eight days. On Friday, hours before the Avalanche were set to host the Los Angeles Kings at Ball Arena, the NHL announced three games would be postponed.

Games Friday and Sunday against the Kings were postponed, along with an April 20 matchup with the Blues. The target date for the team to re-open its facilities is April 21, with the next game April 22 at St. Louis.

Forward Joonas Donskoi was added to the COVID protocol-related absences list. Donskoi didn’t play Wednesday in St. Louis. A team spokesperson said he tested positive during Thursday’s COVID testing. He was negative in all testings prior to that.

Defenseman Bowen Byram and goaltender Philipp Grubauer were added to the COVID-19 protocol list April 9 and April 14, respectively. The games those nights went on as scheduled.

“The Avalanche will not hold a morning skate today as a precaution due to one positive test from yesterday’s COVID-19 testing,” a statement posted to the team’s Twitter account read.

A nearly identical statement went out April 9 and 14, each stating there was one positive test.

After the game April 9, coach Jared Bednar said the league had requested that the Avalanche avoid the rink and stay apart as much as possible.

“It was a little bit of nervous energy, really hoping Bo would be the only positive test and we wouldn’t be missing guys here for a significant length of time, especially this time of year,” Bednar said.

For several days it seemed as though Byram would be an outlier, but the fears were confirmed Friday. Though the timing is concerning with the scheduled end of the regular season less than a month away, Colorado has put itself in a good position. The Avalanche have the most points in the NHL with 64 through 43 games, and have won four straight. They’re 17-1-2 in their past 20 games.

Colorado has 10 dates left, all every other day save for two back-to-backs. If rescheduled, the three postponed games will have to either be sprinkled in between or added to the end.

There’s already a precedent for the latter, albeit in a different division. The Vancouver Canucks endured an outbreak that affected at least 21 players and four staff members, according to SportsNet. Only Nate Schmidt and Jake Virtanen were on the protocol list Friday. The team’s first game since March 24 is set for Sunday.

The NHL announced Friday that the Canucks will play their remaining 19 games in 32 days. The updated schedule has the North Division finishing its regular season May 19. The schedule initially had the regular season ending on May 8.

This is the second round of postponements Colorado has seen this season. The other pause lasted from Feb. 4-11.