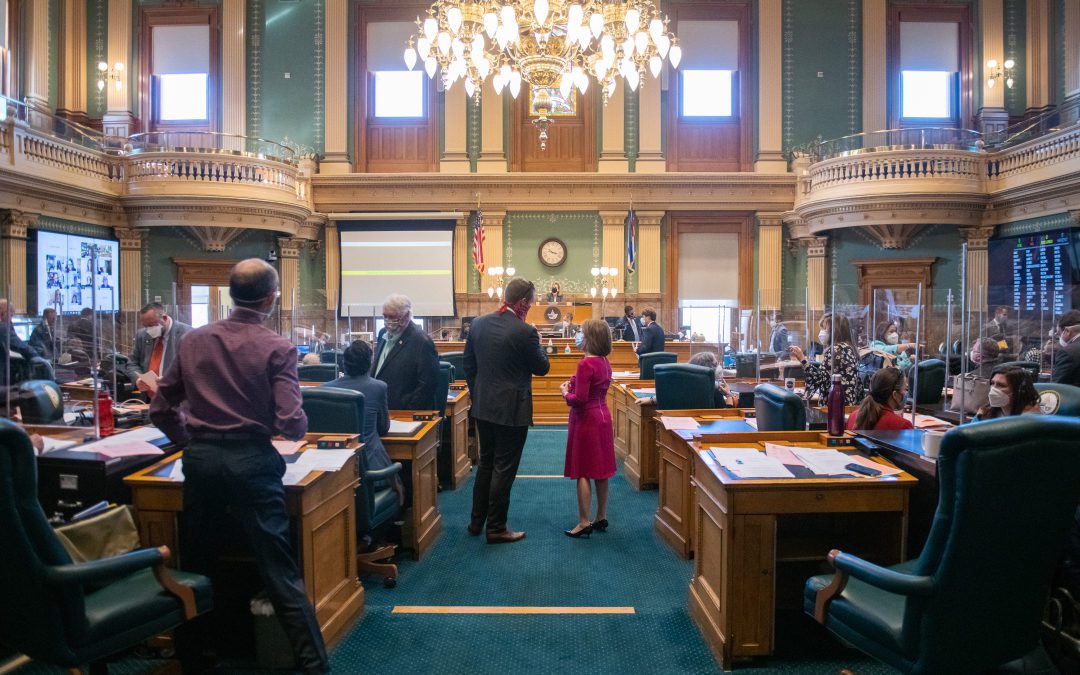 After state Rep. Kyle Mullica introduced a bill last year to make it harder for Colorado parents to opt their children out of school vaccinations, he received a threatening email.

“You deserve death,” the person wrote. “The world would be better if your home burned down with you and your family in it.”

Police came to Mullica’s home to ensure there was no threat. When his son saw the flashing lights from the patrol cars and asked what officers were doing, Mullica said he didn’t know how to answer. Many other lawmakers and elected officials in Colorado have similar stories.

Now a bipartisan group of lawmakers is attempting to tamp down the threats by creating a specific crime in Colorado that would make it illegal to harass or threaten an elected official.

Senate Bill 64, which is one vote away from being sent to Gov. Jared Polis’ desk, would make it a misdemeanor to harass or retaliate against an elected official or their family, and a Class 6 felony to make a “credible threat” against them. It’s among a slate of legislation being debated at the Capitol this year to protect public health and safety workers and others who work in high-profile government jobs.

“I didn’t run to put my family’s life in jeopardy or put their safety in jeopardy. I ran because I cared about my community,” said Mullica, a Northglenn Democrat and prime sponsor of the measure. “It’s not appropriate to come to somebody and say, ‘I’m going to burn your house down with your children inside of it because of a bill that you ran.’”

The measure comes as elected officials and public health workers in the state and nationwide have faced harassment and threats of violence over restrictions during the coronavirus pandemic.

It’s already a Class 4 felony in Colorado to threaten or retaliate against a judge. The idea is simply to broaden the existing protections to cover other public officials.

Polis already this year signed into law an anti-doxxing measure aimed at protecting public health workers. The legislation, House Bill 1107, which passed the General Assembly with bipartisan support, makes it illegal to post the personal information of a public health worker online if the information poses an “imminent and serious threat” to that person’s safety or the safety of their family.

State lawmakers are also on track to approve another measure, House Bill 1015, that would create the same doxxing protections for public safety workers, which includes jail and prison staff, prosecutors and public defenders.

Senate Bill 64, which is also sponsored by Senate President Leroy Garcia, a Pueblo Democrat, and Sen. John Cooke, a Greeley Republican, cleared the House 44-20, and in the Senate 32-3, with broad bipartisan support.

But there’s also been bipartisan opposition, too.

When an unsuccessful bill was proposed last year, Garnett, who has received threats when sponsoring gun legislation, said he doesn’t think lawmakers should get any extra protections under the law.

Rep. Rod Bockenfeld, a Watkins Republican who also voted against Senate Bill 64, said some constituents are “rough-talking” and what’s perceived as a threat can be subjective

“If you can’t stand in front of a group of people who are upset over a particular bill or policy position that you’ve taken, call you a crook, shake their fist at you, tell you that you’re going to get thrown out of office, then I think you have to evaluate what role you’re playing here,” Bockenfeld said.

But Rep. Matt Soper, a Delta Republican who worked on last year’s version of the legislation, said threats against elected officials can have a chilling effect on government. He said the threats are aimed at “stopping us from carrying or sponsoring or voting a certain way.”

“And that has an impact on our democracy,” Soper said.

Earlier this month, after state Rep. Richard Holtorf, an Akron Republican, used a racist term on the House floor to refer to a Democratic colleague, Littleton Rep. David Ortiz, both Holtorf, his family and Ortiz have received death threats.

Senate Bill 64 is now awaiting Senate approval of House amendments before being sent to the governor’s desk.

Polis, a Democrat, has not indicated whether he will sign Senate Bill 64 or House Bill 1015.