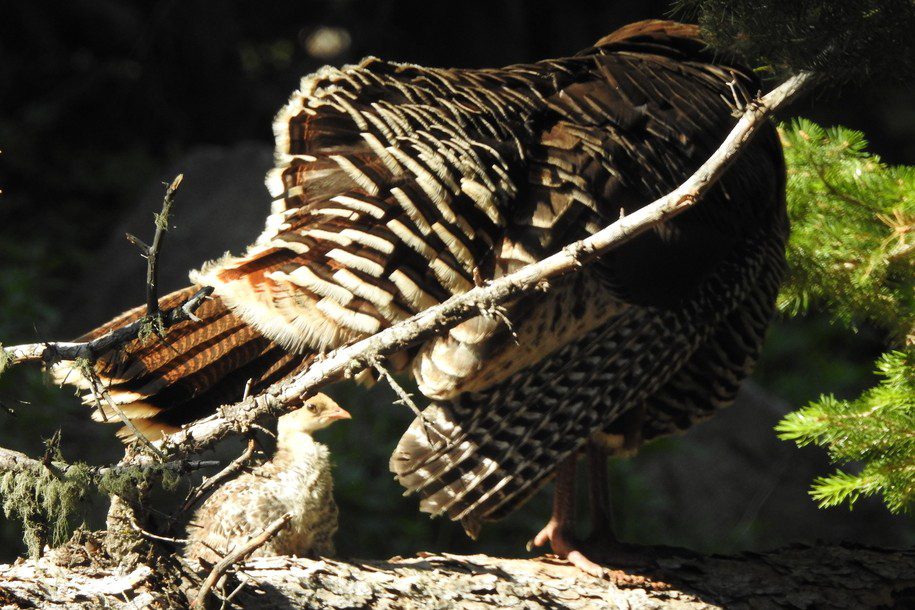 The Colorado State Open Thread is for people who have ever dreamed of a beautiful state chock full of mountains, prairies, blue skies, magnificent wildlife, rushing rivers through deep canyons, hapless football and baseball teams at multiple levels, red rock canyons, deserts, big trees, artificial lakes and lively, vibrant and rapidly expanding populations in many areas.  If you’re one of our residents, past, present or future, or you just enjoy the variety Colorado has to offer, please join us and let us know what’s going on in your world down in the comments.  Thank you.

I put up the picture of a turkey because it’s rapidly getting to be the season where turkeys are slaughtered by the millions to serve as the centerpiece of dinner tables at a holiday that the US (and some other countries) celebrate with thanks, if they’re actually thoughtful, or with family and talking about things like who has had Covid shots and why are people at separate tables even though they’re all one big family, if they’re not thoughtful.  That, and when Ginger (our Cocker spaniel) and I were out walking today, we saw a flock (generic term, not sure if it works for turkeys) of about a dozen turkeys walking through the fall woods.  It was beautiful seeing the wildlife and I wanted to share one of my photos of the birds.  Today’s flock was too far away to get a good picture with my phone camera.

Yesterday, the Mrs. and I went to a comedy show at the 1st Bank center in Broomfield.  We have had these tickets since before Covid and I was a little concerned about the crowd.  Jeff Dunham, a ventriloquist, has an act that has toured the world over, but when he had opening acts one time during Obama’s presidency, I really saw just how redneck and conservative (there are some slight differences) he was both with the choice of comedians to open for him and with his own material.  We also saw that his audience really roared in approval at any joke against liberals or President Obama.  This show, he opened with his usual stand-up routine and then went into the act with the puppets.  He had Walter, if you know his show, dressed up to be President Biden and the rest of the puppets were their usual costumes.  During the opening section, he did say that he wanted people to remember that his show was to make people laugh and not to get people angry — he spent a few minutes on this which I found rather interesting.  He also said that he is equal opportunity with his jokes and that he had jokes about Obama, about Trump and about Biden.  I also found that interesting, because I remember my blood pressure rising with some of the Obama jokes, but I don’t really recall any humor directed at Trump.  He did, with Walter, have a number of jokes about Biden — mostly along the lines of being old and not capable of handling a town hall meeting without help.

He did have some jokes along the way about “Cancel Culture”, comparing that to “Political Correctness”.  He also made a comment about how he really didn’t care about masks and whether people in the audience were wearing them, which probably 80% were not (Mrs. and I were exceptions). The arena wasn’t totally full, and I was happy when the two guys next to me moved over to some empty seats and took whatever germs they might have away.  I didn’t move into their spot to give my Mrs. extra room because I just wouldn’t have been comfortable sitting in his seat.

Jeff had a joke from Bubba J where Bubba J said “Me too” to something and then he spent some time trying to differentiate what he said from what “Me too” has come to often signify. One other lengthy bit, with Peanut, was pointing out that the puppet Peanut could only say what Jeff had him say, so any offensive language, even “directed” from Peanut at Jeff, was just Jeff making Peanut say those things.  Peanut called Jeff a “cracker” for example and a bit later, when Jeff asked Peanut what his favorite candy was, Peanut said “Cracker Jack” because that way people could eat both of them together, though often he was at the bottom.  Jeff being the “cracker” and Peanut being the, well, peanut.

The Mrs. and I felt the show was a bit better than the last one.  Jeff said it was his sixth since he was able to tour again and he was doing a double-header to make up for the show cancelled two years ago. The material was a bit fresher and Jeff did some ad-libbing because he tried interacting with the responses of the audience.  Most worked, but one section he paused and admitted he didn’t know where to go from there. I did get a bit annoyed with some of the disrespect shown to President Biden, but I do understand how comedy works.  Jeff was playing to his audience and he knows they’re generally conservative and love to “own the libs”.

My final sections for today have to do with politics and Colorado.  I wanted to make sure you saw the story … which outlines the lengths that Republicans and the fossil fuel companies will go to create a perception that everyone wants what’s best for Colorado, especially through the use of energy.  It’s just that the Republicans and their allies want to promote an all-of-the-above message that keeps fossil fuels a major part of Colorado’s energy future.  They don’t expressly say they don’t want green energy, but that’s part of their misleading message.

Also, apparently there is a final map for redistricting at the federal level (and I believe at the state level).  For details on this, visit the website …  Also, if you visit their page , you can see a bit more discussion of these results.

The court will issue an opinion on the congressional plan by November 1, 2021, and the state legislative plans by November 15, 2021.

Please contribute below your thoughts for today.  The floor is yours.