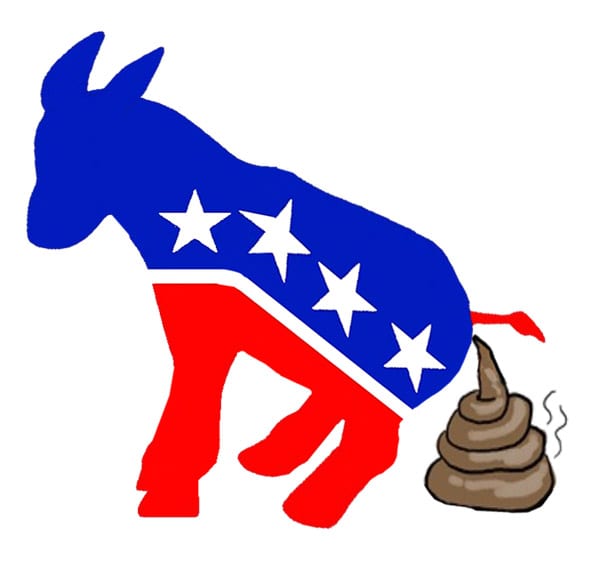 A recent post-session poll from the Democrats at ProgressNow found Colorado voters are actually borderline socialists and back liberal policy priorities virtually across the board.

Sound too good to be true? Don’t worry Colorado, it is.

Only the dark money hypocrites at ProgressNow could actually publish a push poll like this with a straight face.

The famously shrill socialists along with the Democrat-aligned Global Strategy Group unveiled their “poll” earlier this week, which ballot tested various races and legislative issues.

Ballot testing 2022 statewide races this early without many declared Republican challengers isn’t especially informative, so those findings are easy to discount.

But as Michael Fields of Colorado Rising State Action pointed out, the push poll’s presentation of legislative issues is where they really betray true bias.

Take the poll’s issue descriptions of property taxes and climate, for example.

What the poll conveniently leaves out is the temporary $200 million property tax “cut” was an underhanded move by Democrats in the state legislature to preempt a citizens-led ballot initiative seeking larger and permanent property tax cuts.

The unprecedented move was brazen, and in all likelihood unlawful according to Fields.

Fields said the tactic is unprecedented because the Legislature seems to believe the bill will trump the ballot initiative. However, this would violate the “later in time” principle that legislatures often use, he said.

The principle works like this: If two bills are passed – one on a later date than the other – and the two are conflicting, then the bill past at the latest date would be the controlling statute.

Since Polis has not signed SB 21-293 yet and the initiative is slated to be on the November 2021 ballot, Fields said the initiative should control what happens, regardless of whether the bill is signed into law.

An honest version of that poll’s property tax statement might read:

“Politicians altering the intent of a citizens-led ballot initiative before voters even get a say on the matter.”

As for the poll’s climate issue statement, this one is a doozy.

Requiring utilities, manufacturers, and energy companies to cut emissions sounds fine, if you don’t tell voters how much it will cost.

Moreover, higher input costs to meet statewide emission targets will also be passed on to consumers in the form of higher prices and in all likelihood will result in job cuts.

Enforceable sector-wide emission caps are so extreme even Gov. Polis initially opposed giving an unelected board dictatorial authority over the state’s economy.

Polis added: “We feel that if Colorado is going to meet these carbon goals and air quality goals, it should be in the light of day, with legislative debate … and not through a top-down mandate through an unelected board.”

Asked if he would veto the bill if it cleared the legislature and landed on his desk, Polis said, “Yeah, I mean, we’re not willing to give dictatorial authority over our economy to one unelected board that lacks the broader mandate and expertise.”

[…] “The administration has consistently expressed opposition to the air commission establishing economy-wide or a series of sector-wide emissions caps that cover the economy,” [said Colorado Energy Office Director Will Toor].

It should be noted Polis proceeded to completely flip-flop and signed sector-wide emission caps into law this week.

When it comes to researching issues more broadly, ProgressNow appears to have a certain amount of amnesia about what happens when one polls liberal concepts without mentioning how they will be paid for.

Some fun takeaways for those #copolitics and #coleg GOP donors deciding whether or not to write checks to perennial losers so they can keep putting garbage ads on the air and losing elections (reminder: IT ISN’T THE LINES ON THE MAP Y’ALL): https://t.co/RVAUB4lgeJ pic.twitter.com/AJmJvUL5v4

To borrow Silverii’s phrase, “IT’S THE TAXPAYERS WHO PAY, Y’ALL.”

There are many instances of liberals forgetting this timeless maxim, but Prop 103‘s failure in 2011 particularly stands out.

The ballot measure to increase education funding famously polled well in the months prior to the election, until voters actually realized how much the measure would really increase income taxes.

In the end, Prop 103 went from a margin of error race to losing by 30 points.

Polling liberal ideas without mentioning the cost is one thing, but the coup de grâce in this ProgressNow poll has to be their findings on Polis.

According to the poll, the public approves of Polis’s handling of the COVID-19 pandemic by a +35 margin, and his job performance generally by +22.

If that strikes you as odd, it should.

Polis has been reeling for weeks after dropped a bombshell story on June 24 that reveals his administration’s disastrous response to COVID in nursing homes may have contributed to a surge of preventable deaths last year.

That’s a pretty major caveat that one might expect unbiased reporters to point out if they were reporting on the poll.

Unfortunately, that’s not what we got from the , who uncritically regurgitated many of the poll’s findings including Polis’s approval rating.

The survey also tested how voters view Colorado politicians. Here are the results:

Any poll on Polis that was conducted prior to revelations of the nursing home scandal is completely useless.

How that could go unmentioned by the Sun is altogether ridiculous. Then again, mentioning Polis’s connection to dead nursing home patients might not be the best idea for reporters on the Polis Puff Piece beat.

While Polis found time to discuss his administration’s COVID response with Jesse Paul last spring, the governor was just a little too busy to grant an interview to Public Radio’s Ben Markus.

Access comes at a cost, and uncritically regurgitating garbage data from Democrat push polls is apparently part of the price.

In case there was any confusion on the part of the media, Colorado’s electorate is not the socialist wasteland ProgressNow would have the public and reporters believe.

Democrats who indulge in their own arrogance and pretend otherwise are only setting themselves up for defeat in 2022.